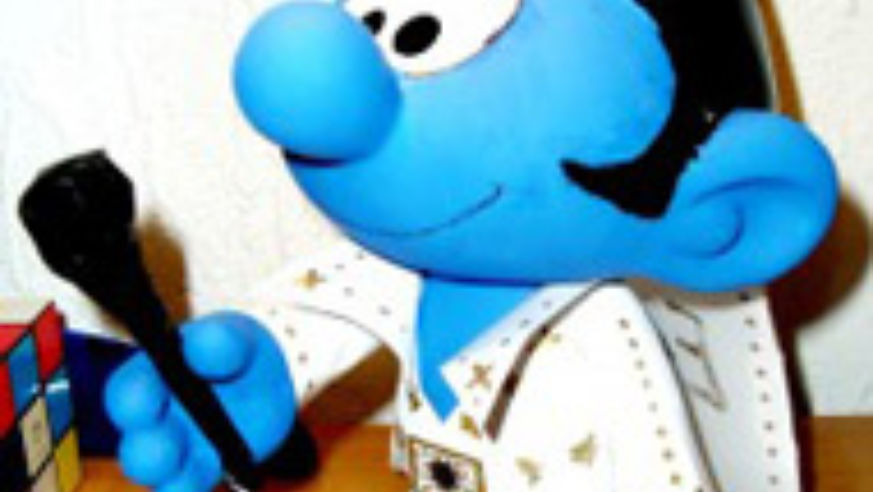 The little blue cartoon characters from Belgium that befuddled adults and charmed children the world over are celebrating their 50th anniversary—sorry, Smurfday—this year. To mark the occasion, the Smurfs are touring European cities in anticipation of their grand Smurfday festivities on October 23. The schedule of upcoming cities on the Smurfs' Euro Tour is a secret, but you can track where the Smurfs currently are and where they've been on the Smurfsite.

For each city visited, there's an online video documenting locals' reaction to the Smurfs' arrival. I personally can't tear myself away from this site, so let me be the one to tell you what it means to "Smurf" a city: In the middle of the night, the organizers drop off thousands of white vinyl Smurf figurines around city landmarks, say, subway escalators or a prominent fountain. The object is to decorate one of these Smurfs, take a picture of it, and upload it onto the site where others will vote on their favorite.

At the same time, the organizers set up a temporary Birthday Expo in the city and fill it with Smurf paraphernalia and a celebrity-designed Smurf that'll later be auctioned off for charity. The website also promises tantalizingly vague things like "50 Smurf games" that can be played while the Smurfs are in town.

Currently the Smurfs are in Warsaw and Budapest. If you’re roaming around Europe this summer, it's worth keeping your eyes open for white vinyl Smurf figurines—who knows where they'll pop up next? It's good (albeit baffling) cheap fun! And even if you aren't straying from your desk for the next little while, the Smurfsite, er, website is a trip in itself.