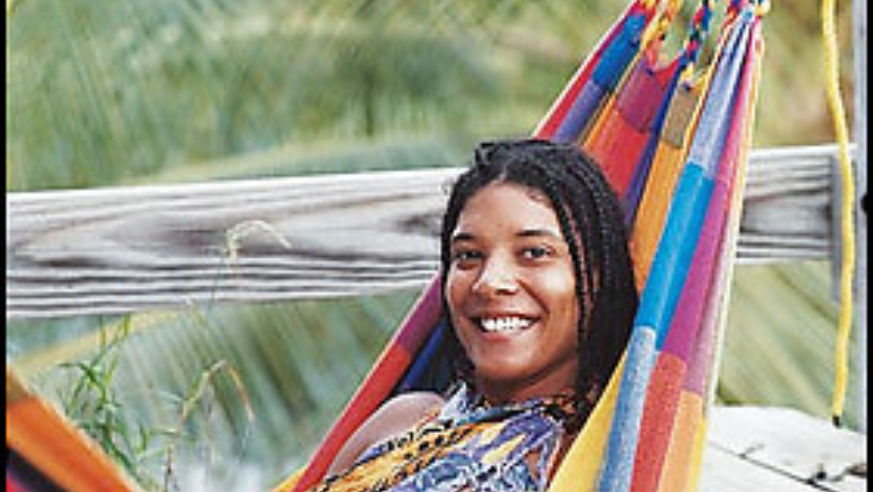 For all its gorgeous white-sand beaches, the Puerto Rican island of Vieques hasn't caught up to its Caribbean neighbors when it comes to lodging. Next year, Starwood will open a W Hotel there, and that's sure to jump-start the competition. All the more reason to visit these stylish, unpretentious guesthouses right now.

It makes sense that J. Crew chose La Finca as the location for a 1999 catalog shoot. Flowing linen fabrics and natural-looking models fit right in on the hippieish yet manicured property. Hammocks hang from rubber trees, there's a communal hibachi, and banana, star fruit, and mango trees frame the small pool. Three rustic houses are spread across two hilly acres. Most of the staff are the temporarily relocated, full-time-barefoot friends of owners Anne Isaak, a restaurant owner in New York, and Corky Merwin, a creative director who lives in Seattle. Hospitality is warm, but laid-back; don't expect matching towels. Visitors pass their days swimming, playing Scrabble, grilling fish, even showering side by side in the outdoor stalls. La Finca is an especially good value for groups. For $525 to $700 a week (depending on the season), two or three people can share the casita; for $700 to $1,000, a family can hole up in the cabana, which sleeps up to four (both have private kitchens, bathrooms, and decks); and groups of up to 20 can rent the entire six-room main house for $2,600 to $3,500. 787/741-0495, lafinca.com, from $60.

This three-story guesthouse is just north of the island's main town, Isabelle Segunda. Its location, on a cliff overlooking a coral reef, gives its eight air-conditioned suites panoramic views of the Atlantic. Each has a living room/kitchen--which, for even the most reluctant chef, is a draw. Food is still Vieques's low point: The nicest restaurants serve mediocre $30 entrees. Casa La Lanchita's kitchens are fully equipped, and the closest market is easy to reach on foot. The guesthouse is also within walking distance of shops, bars, and an Internet café--a relief in a place where almost everything requires a drive. Marikay and Doug McHoul, who live in an attached apartment, have owned the place for 20 years, and are famous for going above and beyond the call of duty. Doug tends to be generous with the late-night beers, and has been known to lend a hand with flat tires. 800/774-4717, viequeslalanchita.com, from $90.

After too many Vermont winters, Burr Vail and his wife, Linda, moved to Vieques in 1995 and converted a former restaurant and dance hall into Hacienda Tamarindo. It's named for the 250-year-old tree that the lobby's atrium was built around. Linda, a former interior designer, is responsible for the antique wooden signs and vintage movie posters. Burr knows the island inside and out. His hour-long morning lectures are essential for intelligent vacationing. Among his pearls of wisdom: Green Beach has too many sand flies in the afternoons; Secret Beach is marked by a spray-painted metal trash can. Along with the resident talking parrot, Shaboo, and Barkley the sheepdog, Burr usually joins guests at the big breakfast: eggs, bacon, hash browns, fruit, toast, juice, and coffee. Housekeeper Rosa packs beach-bound guests a lunch, more than making up for the lack of kitchenettes. 787/741-0420, haciendatamarindo.com, from $135.

Hector's by the Sea

A private dirt road, often blocked by a wandering horse, leads to the cliff-side property. The three guesthouses are a hot commodity among travelers seeking extreme privacy, good advice, and a low-key vibe (there's no daily maid service, TV, or phone). Hector Matos has a Brando-esque demeanor that can be intimidating at first. But it's just an act. He and his wife, Mary, treat visitors like family, suggesting where to eat, swim, and shop; making any necessary arrangements; and listening to recaps over evening cocktails (try the Hector-ini). The rooms are understated but tasteful, and the small kitchenettes have folk art tables and pretty plates. When they bought the place 10 years ago, it was little more than a grazing ground for local cattle. By 2000 they'd built their own home, as well as the first of the casitas; two years later three rustic cottages dotted the property. Each casita--as well as the pool and Jacuzzi--looks out over the Caribbean. 787/741-1178, hectorsbythesea.com, from $100.