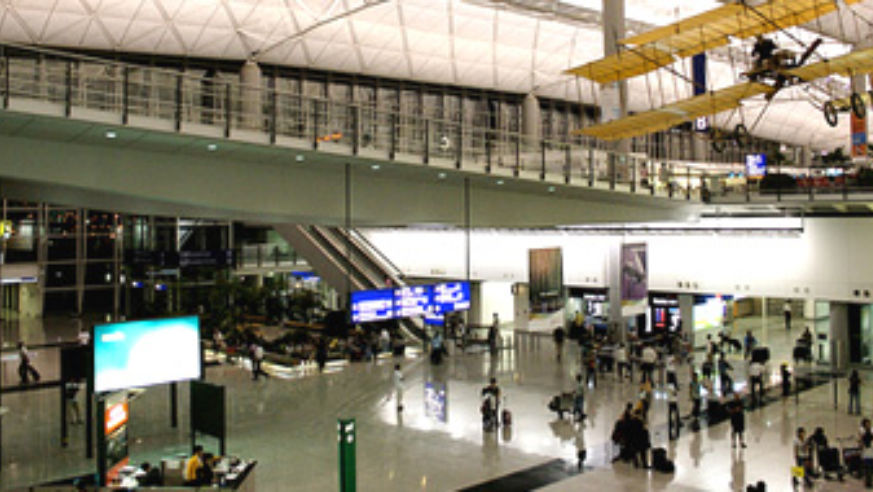 The word airport can prompt all kinds of reactions: horror at the thought of using the airport bathroom, anger at the gate change that caused you to miss your connection, and on occasion, even joy at having a smooth, stress-free experience.

Earlier this year, The World Airport Awards were announced, aiming to recognize the best airports.

But Skytrax's survey wasn't the perfect one for discovering the opinions of American budget travelers. The awards are given every year by the British aviation research group Skytrax. They're based on surveys of more than 8.2 million passengers worldwide. Airlines are rated for terminal cleanliness, staff efficiency, security processing, walking distances, and features like shopping and dining. But the survey is disproportionately filled out by business travelers, which might skew the results somewhat.

At This Just In, we’ve asked you about your favorite airports before, and more than 50 of you responded. So I thought it may be interesting to compare what you said with the survey results. There were a few favorite airports that appeared in both the survey results and in your own comments, like Singapore and Munich. And then there were also some of our hometown airports that offer a sense of place and distinct character.

Here are a few of your favorites:

Sarasota-Bradenton: "The water walls, plants, and aquariums add much class and make it so unlike an airport. No endless shuttles here — just sun and palms."

Minneapolis-Saint Paul: "In addition to being a pleasant airport, you can catch an inexpensive light rail train right at the airport. In one direction is a beautiful park and the other is the Mall of America."

Singapore: "It has indoor gardens, a free movie theater with comfortable seats, a barber shop, a hotel, scores of shops and 300 free internet kiosks."

Portland, Ore.: "You know that you are in the Pacific Northwest as you walk around. Large floor to ceiling windows look out towards the Willamette River and woodsy scenery. Also, there is a playroom for kids where they can crawl and play on a huge airplane."