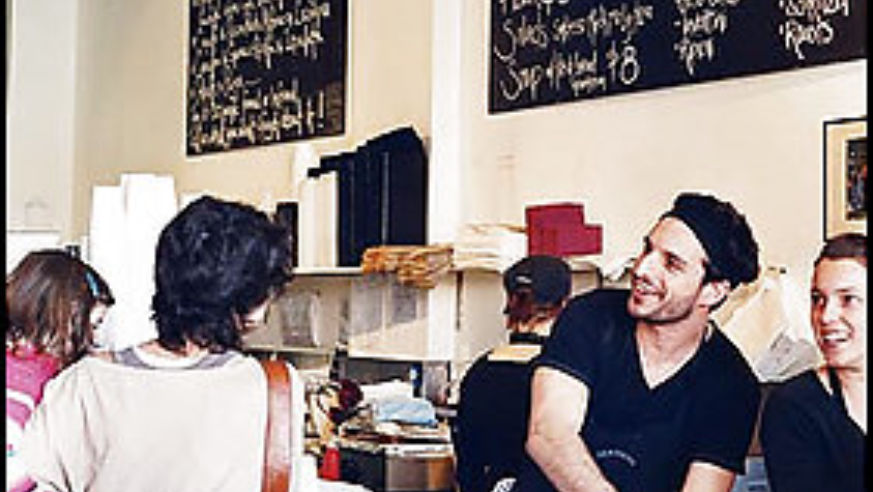 The harborside neighborhood of Balmain has an enviable list of amenities--water views, stylish shops, a great flea market, cool cafés, plenty of Sydney's distinctive two-story houses--and a nickname to match. Residents call it the Insular Peninsula. "You can go for weeks without leaving," says Mylie Hagan, who lived in Balmain as a teenager and moved back a few years ago.

That's exactly why hip young families are flocking to the once working-class suburb, turning it into Sydney's version of Brooklyn's Park Slope or San Francisco's Noe Valley. "The stereotype about Balmain is that it's full of yuppie couples, each with a dog and a pram," says Hagan. "The husband is in design and the wife is in media." Hagan is joking at her own expense. She's in public relations, her husband is an architect, and they have a labradoodle and a toddler.

Balmain is a 10-minute ferry ride from Circular Quay. Ferries land at the Balmain East Wharf, at the foot of Darling Street. The area is considered East Balmain and is still fairly residential; restaurants have just begun moving in. Sojourn, serving European-inspired fare that's on a par with far fancier establishments downtown, is a few steps up the hill. "We wanted to make refined cooking affordable, so people can come once a month, instead of once a year," says chef Paul Camilleri, who co-owns the restaurant with his wife, Kim (she's the pastry chef and hostess). Cute, bright Tisu also knows how to please the locals. The staffers squeeze fresh juice, make a solid espresso, and put out puzzle books for all the toddlers.

Each Saturday, an eclectic array of vendors display their wares in the yard of St. Andrew's Church at the Balmain Market. Cheery haggling takes place over surprisingly chic jewelry, hippie clothing, piles of Uggs, and all-purpose cleaning fluid. The most crowded booths are the ones selling baby onesies with cute sayings like I DO ALL MY OWN STUNTS.

When they're done picking up duds for the kids, the "yummy mummies," as they're known locally, might wander over to DuckeggBlue, a whitewashed boutique that carries Aussie labels such as Lee Matthews and Cohen et Sabine. Dads will find more to their liking at Alfie's Little Brother Carter. The store stocks both men's and women's street wear by popular local designers, cool sneakers, and plenty of the ankle-hugging skinny jeans that Sydneysiders favor. A sign painted above the register says MY NAME IS FREDDY, YOU CAN ASK ME ANYTHING. Sure enough, store manager Freddy Unterfenger, a German expat, is as approachable as advertised.

Freddy isn't Balmain's only European import. At her boulangerie, Victoire, Myriam Cordellier-Wever dispenses Provençal travel advice along with delectable baguettes and pastries. The Continental vibe continues at Bertoni Casalinga, a deli and café founded by two Italian brothers, who alternately greet guests with "Ciao!" and "Cheers!" while their mamma cooks pastas, pizzas, and soups in back. The communal table is packed elbow-to-elbow, and everything is served on disposable plates.

As a woman dips into a bowl of free candies sitting by the register, the barista looks up. "Have you been good?" he asks. "Because those candies are only for bad girls!" He laughs, sending her off with a friendly "ciao."