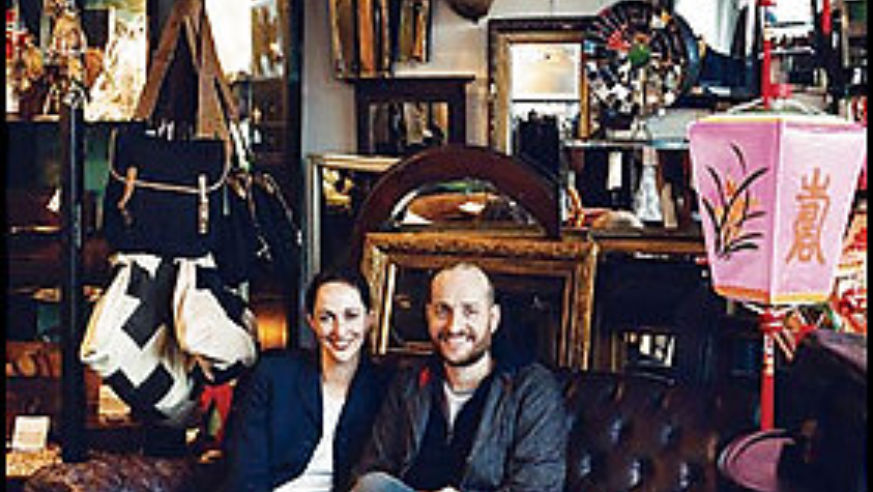 The pretty, tree-lined streets of Surry Hills, a 10-minute bus ride from the CBD, used to be a sketchy place, where vandalism and burglary were regular occurrences. "When we moved in 10 years ago, the neighborhood was quite rough," says Bryan Fitzgerald, co-owner of Chee Soon & Fitzgerald, a compact shop stuffed with bright pillows and mod housewares. "Our windows got smashed all the time."

These days, it's Sydneysiders who are getting smashed, over nine-course tasting menus. That's because Surry Hills has become the epicenter of Sydney's food scene. "It's the most interesting spot in town," says Nick Hildebrandt, co-owner and sommelier of the six-month-old Bentley Restaurant & Bar, where the boisterous crowd enjoying forward-thinking cuisine (a raw oyster wrapped in grapefruit and served on pork crackling, for instance) typifies the area's unpretentious, high/low vibe.

Hot new restaurants have followed one after the other. As good as the Italian food is at Lo Studio, which opened at the end of 2005, the setting is the big draw. The 1940s art deco building used to be the Australian offices of Paramount Pictures. Bird Cow Fish, which recently relocated from Balmain, serves everything in its name (and more), including crispy-skinned chicken confit and an impressive cheese selection, in a dark-wood room with a long communal table.

Around the corner is what might be Sydney's finest coffee--fighting words in this city. Numero Uno Coffee, a bean roaster and barista-training company, runs a one-table espresso bar out of its business office, which used to be a garage. "I went to New York and I was just shocked," says co-owner Gina DiBrita. "The coffee there is crap." Or sip a "flat white"--the Aussie take on cappuccino, which subtracts the foam--at Coffee, Tea or Me?, a snug café with great sandwiches and fashion ambition: The tip jar is labeled MANOLO BLAHNIKS FUND.

Surry Hills has become a shopping destination as well. Sydney designer Fiona Buckingham sells her own line of clothing--imagine Eileen Fisher after a long holiday in the Far East--at Kyotap. The name is an acronym for Keeping Yourself Open to All Possibilities. "I know it sounds daft," she says, laughing. "But it's supposed to be inspiring." And the two-level hipster department store Orson & Blake stocks quirky street fashion, art books, and furniture all under one roof--with a café, of course.

After all the Eames-inspired chairs, the dusty, cluttered atmosphere of Davidmetnicole comes as a relief. David met Nicole, in case anyone was wondering, while they were each working at vintage stores in London's Portobello Road; he's British, she's Australian. They moved Down Under and opened a shop selling their cleverly curated Anglocentric oddities: vintage matches, old lightbulbs, leather chairs, and pre-worn clothing, all artfully arranged as if it's not arranged at all. The shop is constantly being visited by stylists in search of stuff--animal heads, British military uniforms, and so on--for photo shoots.

David, whose last name is Page, doesn't feel quite at home in Sydney yet. "Sometimes, it's like the vacuous side of California," he notes drily. But he's found a happy medium in Surry Hills. "There was a vibe about this area. Coming from London, we wanted a bit of edginess. And Surry Hills definitely has that."