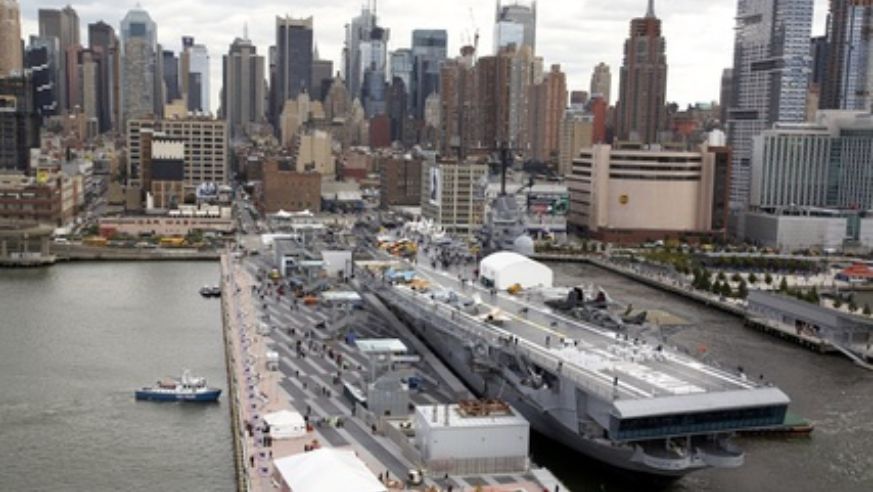 The Intrepid Sea, Air & Space Museum will reopen this weekend in New York City after nearly two years of renovations.

The ship, launched in 1943, belonged to the Navy's Essex-class carriers, renowned for helping to win WWII. The Intrepid fought in almost every major battle (and survived many kamikaze attacks), then went on to serve in the Vietnam War and recover NASA space capsules before retiring in 1974.

In 1982, the museum opened aboard the ship. In 2006, the Intrepid departed its home on Pier 86 to go to Staten Island and New Jersey for renovations (after getting stuck in the mud). The entire project, which included rebuilding the city-owned pier, has cost about $115 million.

After all that, it's time to celebrate. The grand reopening begins on Saturday; the first 1,000 visitors will get a commemorative coin. You can see the new interactive and multimedia displays at the museum, which is devoted to period aircraft, artifacts, and the life stories of the soldiers who fought in the wars. Plus, there are fireworks scheduled for Saturday night. The fun continues through Tuesday, which is Veteran's Day.