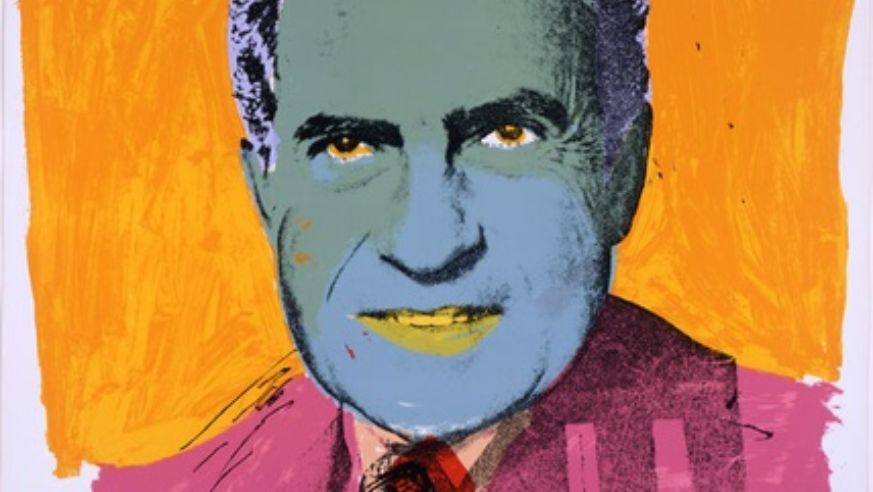 To add some context to the artist's pop culture references, there are archival materials from Warhol's "time capsules". Turns out he was quite a packrat—by the time of his death, he had collected more than 600 boxes of papers, photos, records, and correspondence. The significant materials have been displayed in relation to the exhibit—for example, there's a letter from President-Elect Nixon for administration recommendations.

As we approach Election Day (finally), this exhibit presents a timely, relevant way to look back on how we got here. What would Warhol make of politics today? Who knows. But if you get a chance to stroll through his political works, it might be fun to imagine the possibilities.

The Currier also has European and American paintings, decorative arts, photographs, and sculpture, including works by Picasso, Monet, O'Keeffe, Wyeth, and LeWitt.

Manchester is about an hour's drive north of Boston.

Read about Andy Warhol on pbs.org.

MORE TO DO IN MANCHESTER

Take a walking tour of downtown. And here's a handy map.