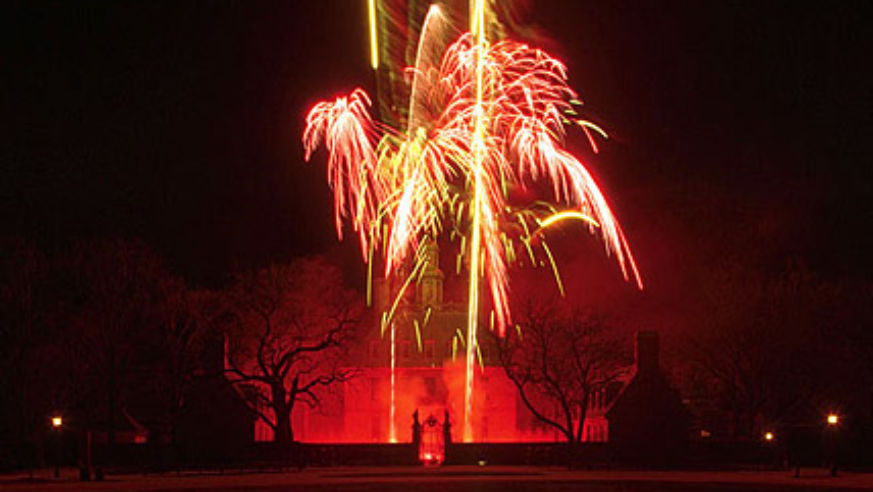 Colonial Williamsburg will celebrate its Grand Illumination this Sunday, with the Fifes and Drums Corps celebrating its 50th anniversary.

The Fifes and Drums Corps is a throwback to the early days of American history—traditionally, musicians belonged to the military and traveled with the troops playing flute-like instruments (called fifes), drums, and occasionally other instruments. Nowadays, the Fifes and Drums Corps is made up of kids between the ages of 10 and 18. The group performs nearly 500 times a year at Colonial Williamsburg.

The Grand Illumination event, in addition to showcasing the corps, also signals the beginning of Colonial Williamsburg's holiday season—candles are lit in public buildings, shops, and homes, and then fireworks are shot into the sky at three locations. There's also live entertainment on four stages.

And in case you were wondering, the use of fireworks is completely appropriate for a historical reenactment. "Illuminations" (or fireworks displays) are as old as our nation. It might be hard to believe, but before professional sporting events, fireworks were used to celebrate war victories and other official holidays.

There are lots of events in December at Colonial Williamsburg, including more Fifes and Drums marches, family events, and a Thomas Jefferson Wine Dinner. The colonial capital also offers hotel packages.

113 Visitor Center Dr. The Grand Illumination begins at 4:45 p.m. this Sunday (fireworks are around 6:15 p.m.) and is free to the public. See history.org for more info.

A new way to explore Jamestown