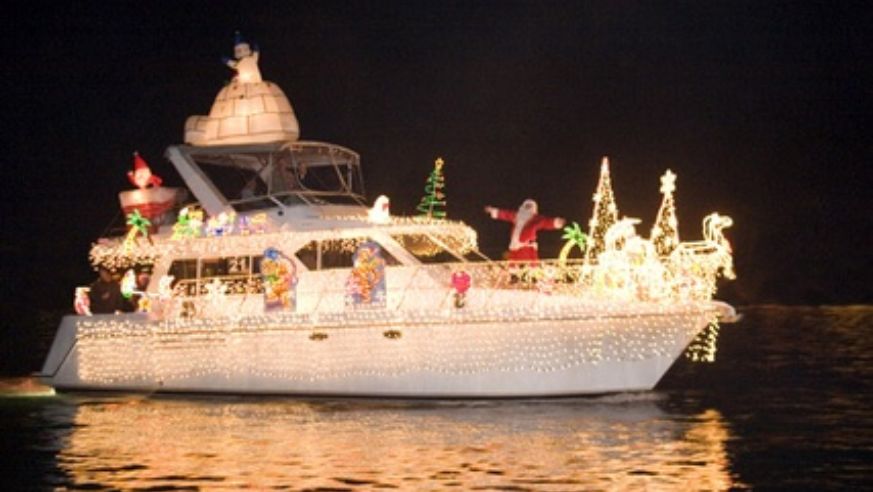 California's Newport Beach Christmas Boat Parade, an event likened to the Tournament of Roses (the huge parade before the Rose Bowl football game), is celebrating its 100th birthday this year.

About 100 boats are participating, from kayaks to huge yachts. They'll parade around 14 miles of Newport Beach's bay and channels, in view of businesses, homes, and public beaches (there's a detailed map and timetable here.) The parade usually attracts 1 million viewers a year—and boat owners really get into it. Word is that some have spent $50,000 adorning their yachts in Christmas lights, creating elaborate scenes with huge Christmas trees, gingerbread men, candy canes, and Santas (surrounded by palm trees—this is Southern Cali, after all).

The parade has been around in some incarnation for 100 years, but it wasn't until 1946 that the event was moved from a summer contest to a holiday one. In that year, city employees decorated a barge with a lighted Christmas tree that they towed around the harbor, entertaining residents with live Christmas caroling.

Newport Beach is an Orange County resort town on one of California's skinny peninsulas that jut out into the Pacific.

Wednesday through Sunday, 6:30 p.m. (finishes around 9:00 p.m.) At 6:25 p.m. on Wednesday, there will be fireworks to celebrate the parade's 100th birthday. Organizers suggest you arrive early to avoid traffic and to get parking; all the city's lots will be open.

And so does Portland

Exclusive: New York's holiday windows as festive as ever