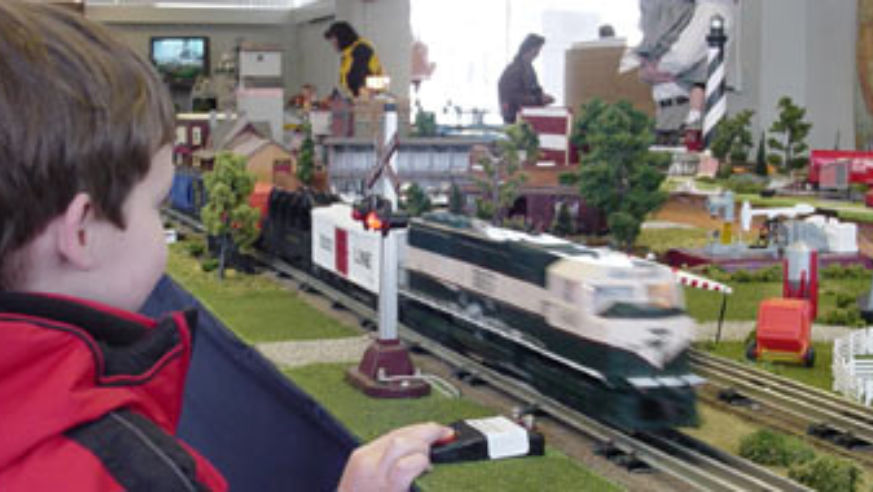 Christmas has come early for those hoping for a model train under the tree this year: the Festival of Trains kicks off this weekend in Traverse City, Mich.

The festival, a tradition in this town in Northern Michigan for nearly two decades, opens Saturday. Volunteers set up built-to-scale model trains, mostly in the N, HO, S, O and G scales. The result is a tricked-out giant display of models running on tracks through diorama-like scenes.

The Northern Michigan Rail Road Club puts on the display at the Grand Traverse Heritage Center, a building that used to house a library. The Center is in a beautiful district that also has several mansions of 19th-century lumber barons.

More than 8,000 people attended last year's installment, and organizers are expecting about 10,000 this year.

In case you didn't know, Traverse City is a resort town that's about two-and-a-half hours north of Grand Rapids on Lake Michigan, between the pinkie and the fourth finger in Michigan's mitten.

Check out the Traverse City Visitors Bureau for ideas on what else to do.