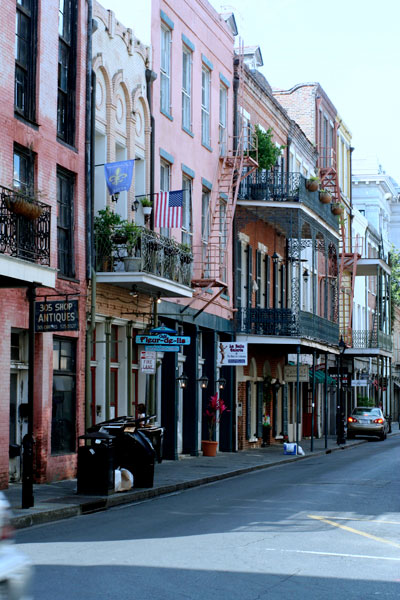 It's no understatement that this city knows how to party. (After all, there is nothing understated about Mardi Gras.) And this weekend is no exception, as the French Quarter Festival kicks off for the 26th time.

The three-day festival boasts 150 live music performances, 450 musicians, 18 stages, and 60 booths for food and drink, all with a block-party atmosphere as people stroll around the French Quarter. New this year is the "Louis-Louis Pavilion Stage" along the riverfront, named for native sons Louis Armstrong and Louis Prima. (The Zydepunks, among other acts, will play there). Most of the performers are locals, and there's going to be a show for every taste—jass, salsa, gospel, Cajun, funk, and so on.

Oh yeah, and there's food! Local vendors ranging from Abita beer to The Praline Connection will be serving food and drinks (see full list, with prices, here). New Orleans' art world will be represented, as well, with local artists selling their wares in the French Quarter and in area galleries.

The festival attracted 435,000 visitors last year—that's quite the block party.

A few good links: Name that tune at the Atlanta airport

Atlanta airport grooving to clean music. Rewritten R&B; classics remind people to keep the airport "opening day fresh." [cnn.com] Gay travel: Tourism industry targets those less willing to give up vacations. Marketers are looking for a share of "pink money." [Chicago Tribune] Fossils await researchers at Page Museum. Start digging a new parking lot, and you might find fossils; this set will most likely double one museum's collection. [L.A. Metblog] Florence Tip: Bardini Museum re-opens! A must-see for any Renaissance art lover is finally back. [EuroCheapo] Paris 'catastrophe' means hotel prices are falling. The city's hotel occupancies are down by 10 percent, which could save you money if you're looking to go. [HotelChatter] For more travel blogs, go to Alltop. 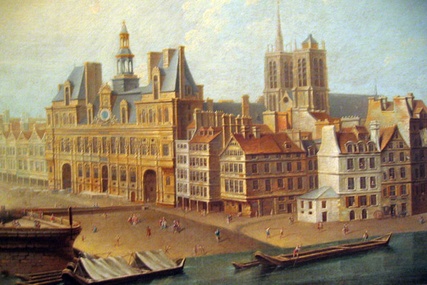 This weekend: Visit the cow-chip-throwing capital of the world

The annual World Cow Chip Throwing Contest and Cimarron Territory Celebration is a big deal in Beaver, Okla. How big? The town's chamber of commerce proudly displays the cartoon character King Cow Chip on its website. The contest, in which participants compete to see who can throw a cow chip&mdash;for those who don't know, that's dried cow dung&mdash;the furthest, doesn't occur until next weekend. Yet this weekend has plenty of pre-contest activities to tide you over. In addition to a chili cook-off and craft show on Saturday, there's a 200-mile "Poker Run" motorcycle race, where cyclists go to five checkpoints in order to make a winning poker hand. The whole community will celebrate during the week with store sales, and art show, and a horseshoe throwing contest, all leading up to the main event next weekend. The longest throw recorded in 40 years happened in 2001, when Robby Deevers tossed the chip more than 185 feet. Thinking of trying your hand? There's still time to sign up&mdash;we suggest the Frisbee-throwing technique, a favorite among competitors. The weeklong celebration recognizes early pioneers of the Beaver area, along Oklahoma's skinny strip between Kansas and Texas. Cow chips were a fantastic source of fuel for these settlers, who used them to make fires for food and warmth. Call 580/625-4726 for more info. The event is free to watch; to participate in the contest, you must fill out an application and pay a $20 fee (winners receive an engraved trophy and eternal fame). 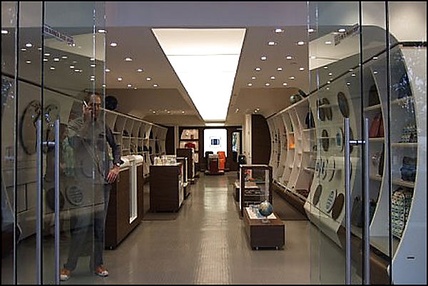 Gear: Flight 001 has a 30 percent off sale online and in store

Flight 001 is turning 10 next week, and to celebrate, the travel gear company is knocking 30 percent off all in-store and online purchases between Apr. 14 and 19. Use promo code BIRTHDAY to save on everything from luggage and toiletry bags to games and guidebooks. The discount applies to both regularly priced and sale items, but not cosmetics. Items include on-board amenity kits, games, luggage, noise-canceling earphones, and other stylish, streamlined goods to make traveling more bearable. Here are some sample deals: The Gorillapod, which one of our readers recently reviewed, is normally $25 and now costs $17.50 with this discount. The Go Games Checkers set, already marked down from $12 to $6, is $4.20. Bonus: If you stop by any of the seven U.S. stores from Apr. 14 to 19, you can also enter a raffle for prizes, which will include freebies from the company’s SpacePak and Go Clean lines. One drawing in each store takes place on Sunday April 19, except the New York City stores which will have drawings throughout that weekend. All you need to do is come in and sign up. No purchase necessary. No entry online, only in store.