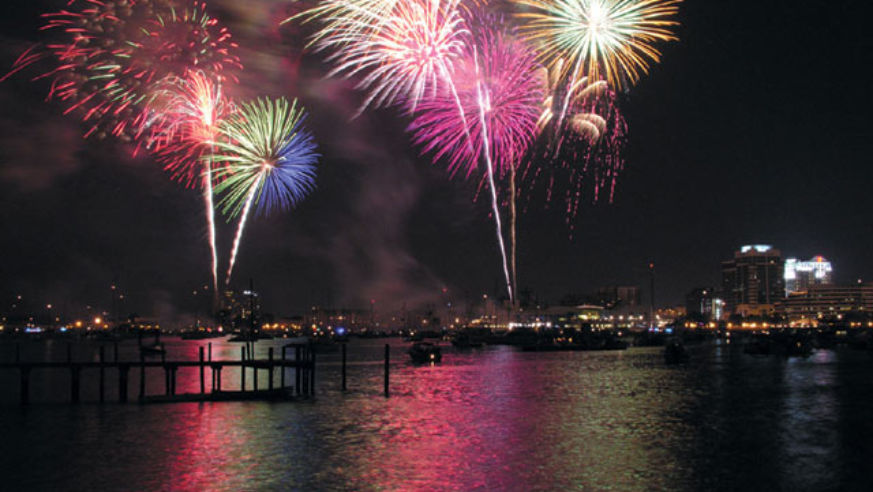 America's birthday falls conveniently on a Saturday this year (or perhaps inconveniently, if this means you won't get a day off from work). A great way to celebrate the big day is to head to the 33rd annual Harborfest in Norfolk, Va., which takes place at the newly revamped Town Point Park over three days, July 3–5.

One of the highlights of Harborfest is the annual Parade of Sail, when a large group of sailboats, tugs, motorboats, and, the highlight, several tall ships make their way along the Elizabeth River, arriving at the downtown harbor at noon. This year's Parade of Sail will feature the Brazilian Cisne Branco and the Pride of Baltimore II, which celebrates the early-19th-century Baltimore clippers, ships built for speed and small cargoes that were a key element in the U.S. Navy in the War of 1812. The ships will be open for tours after the parade. (Ship fans should also make sure to check out the USS Wisconsin—or, as her crew called her, the Wisky—at the maritime museum Nauticus, a short walk from Town Point Park.)

This year's festival has fireworks each night, including two shows in full darkness, on Friday at 10 p.m. and Saturday at 9:30 p.m., and a 7:30 p.m. twilight show on Sunday.

The seven-acre Town Point Park, which hosts the weekend's events, has recently been updated—thousands of new shrubs and flowers have been planted, and new lighting has been installed to improve visibility and safety (and minimize energy use). The park is also a free Wi-Fi zone, a very welcome feature.

Harborfest events, most of which are free, take place on Friday and Saturday from noon to 11 p.m. and on Sunday from noon to 8 p.m. Plan on crowds: Nearly half a million people are expected to show up over the course of the weekend.