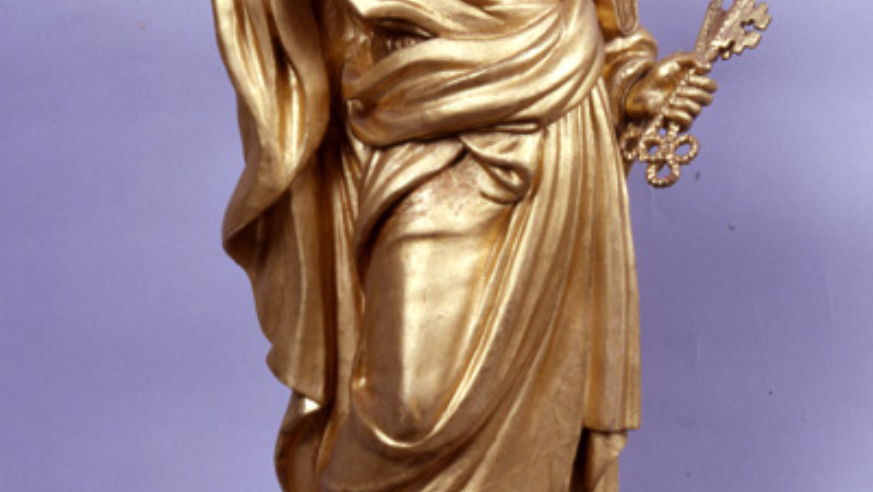 Office of the Liturgical Celebrations of the Supreme Pontiff, Vatican City State
The "Statue of Saint Peter," attributed to the workshop of Gian Lorenzo Bernini, is one of the works on display

Missed the Pope the last time he came through? Never been to Vatican City? Now's your chance to see masterworks by famous artists, such as Giotto, Bernini, and Michelangelo.

Vatican Splendors, a showcase of more than 200 rare art pieces and historical artifacts owned by the Catholic Church, is currently on display in Cleveland, Ohio. (The ongoing exhibit is available not only this weekend, but also through Sept. 7.)

Many of the works have never been seen outside of Vatican City. Highlights include "The Madonna del Sassoferrato," an oil-on-copper painting of the Virgin Mary by Giovanni Battista Salvi, and "The Mandylion of Edessa," a linen artwork that is said to be one of the oldest representations of Jesus.

The exhibit is on its second stop of a three-city American tour, with a final stop in St. Paul, Minn.