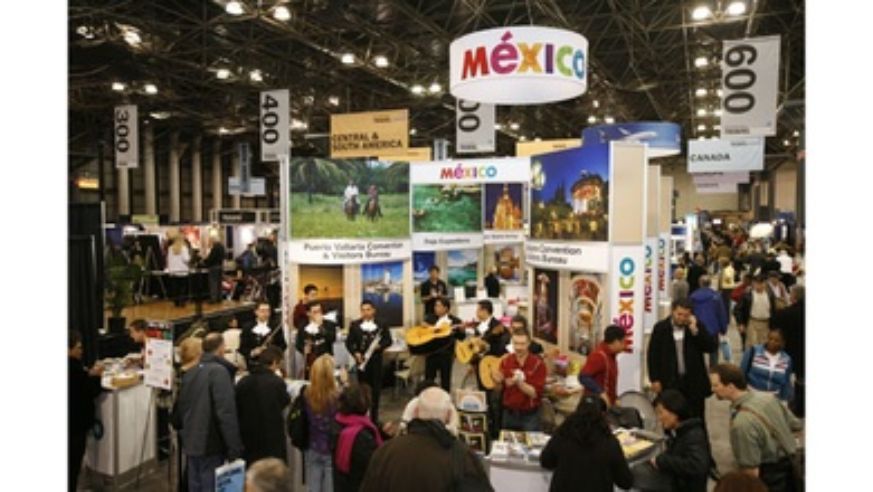 If you happen to be in the New York City area this weekend, stop by the New York Times Travel Show at the Javits Center for the chance to attend seminars by the biggest names in travel, see cultural performances and hear about all the great travel destinations you've been wanting to check off your bucket list.

Those who attend will be given the chance to explore over 500 destinations at tourist information booths throughout the fair, as well as book trips and enter to win contests and giveaways, with prizes ranging from a free Royal Caribbean cruise for two to a trip for two to Tanzania and the chance to score some outrageous vacation deals.

You'll also be able to snag some great travel advice from travel writers as well as Travel Channel star, Samantha Brown. A number of seminars will be given where you can pick up tips from the experts, get some insight about new places to check out and even attend book signings by travel gurus like Rick Steves, Arthur & Pauline Frommer and Patricia Shultz, author of "1,000 Places To See Before You Die."

Throughout the weekend, which coincidentally is the same weekend as the Food Network South Beach Wine & Food Festival at Florida International University's Biscayne Bay campus, executive chefs will offer culinary demonstrations featuring some of the best food this side of Miami.

The Jeopardy Clue Crew will also make an appearance, conducting Q & A sessions and administering the Jeopardy screening test where those who pass will receive further information about auditions happening later this spring.

There will be performances demonstrating Asian, Caribbean, Central and South American, and European dance styles as well as a Family Fun Pavilion where some of New York City's best museums are featured.