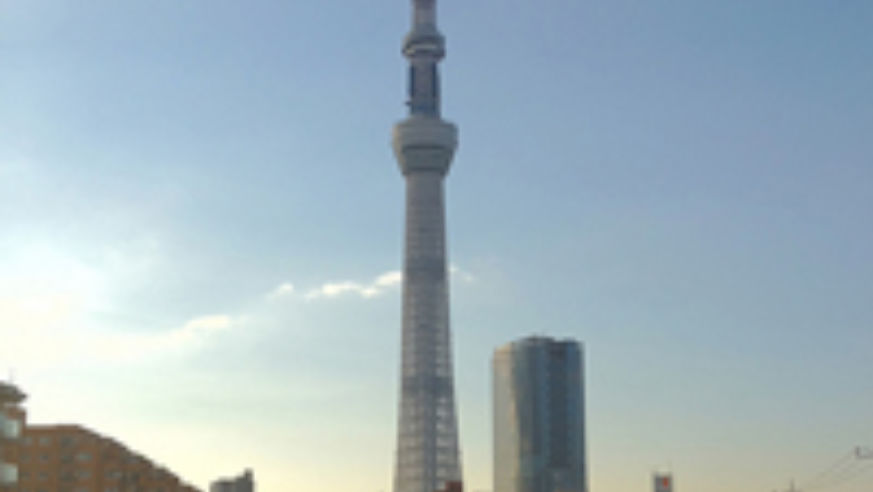 Courtesy Yoshikazu Takada/Flickr
The Tokyo SkyTree towers above the city

The 2,100–foot–tall Tokyo SkyTree tower opens next week and gives visitors panoramic views of the Japanese city from incredible heights.

Tokyo is a city full of impressive skyscrapers, and the newest tower is striking indeed. Standing at 2,100 feet, the thin white Tokyo SkyTree will serve as a broadcasting tower. It is Guinness–certified as the tallest tower in the world and the second tallest building behind Dubai's Burj Khalifa (which is 617 feet taller). The real reason to be excited is the observation decks with spectacular views of the city.

Hope you aren't afraid of heights, though. The first level observation deck is on the 445th floor (1,148 feet up), and you will have 360–degree views of Tokyo from behind 200–inch–thick glass windows. On a clear day, the visibility will be 43 miles! There will also be a café and an upscale French–fusion restaurant. If you want to get even higher, go up five floors—and another 328 feet—via a glass tube (another elevator you need to see to believe). To put that in perspective, the highest observation deck at the Empire State Building is on the 102nd floor, and the Seattle Space Needle's deck is only 520 feet above the ground—about a third the height of the SkyTree's top deck!

From opening day on May 22 until July 10, tickets will only be available by lottery and need to be purchased by a Japan–issued credit card (ie residents only). Tickets open to everyone on July 11 through the box office, and start at about $13 for adults and $4 for children. The tower will be open from 8 a.m. to 10 p.m.