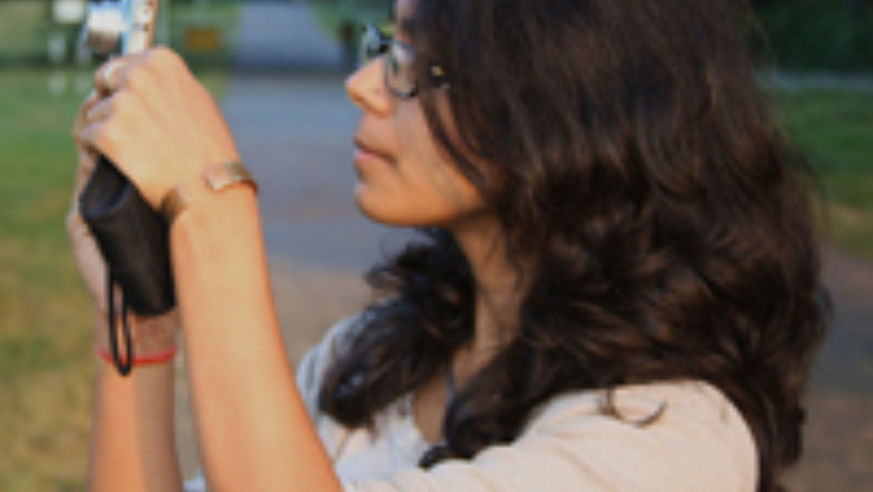 How many times have you found yourself in the midst of an I-want-to-save-this-moment-forever situation (maybe a compelling street performance in Mexico City or a sunset over the Grand Canyon) and you instinctively whip out your hand-held camera and start filming—only to go back later and discover that the results are, well, lame?

If so, you're not alone. The proliferation of film devices has made it easier than ever to shoot video, but just because we have access to all of these gadgets doesn't mean that we know how to use them. In fact, according to documentary filmmaker Roger Sherman, what matters most is not what kind of recorder you're using, but HOW you're using it—a detail that's reassuring for a budget traveler like me who doesn't have hundreds of dollars to invest in the newest video device.

Roger feels so passionately about this subject that he has just released a book on the matter, called Ready, Steady, Shoot: The Guide to Great Home Video. If anybody is qualified to create such a guide it's Roger—he founded Florentine Films with Ken Burns and his films have won two Academy Award nominations, an Emmy, and a Peabody. And on top of being a documentary filmmaker, he's also a cinematographer and a still photographer.

I caught up with Roger yesterday by phone and he was kind enough to give us his top tips for shooting great video. Best of all, if you read these tips and you STILL have questions Roger will answer them—just write them in the comment field below by Tuesday, March 27. We'll post Roger's answers in a follow-up blog post.

Hold the camera, even a small smartphone, with two hands. Bend your knees a bit. Tuck your elbows in close to your body. Breathe slowly and don't rush your shot. Don't hit the record button until you're really relaxed and ready.

2. Don't Pan Back and Forth

Most professional films are made with static shots, no camera movement at all. If you did the same, the quality of your videos would soar. Amateurs usually move the camera far too much, to disastrous results. If you need to pan (moving the camera left or right), take a quick look at the scene to determine where the energy is. Pan slowly in that direction. Let's say you're in Florence and you spot a majestic statue and a beautiful fountain. Frame on the statue and pan over to the fountain—towards the energy. That's where you'll want to move in for closer shots. Never pan left and then right in the same shot. Pan left, cut, reframe, Then shoot again, another pan if you must, but it's usually better to follow a pan with a static shot. That's the way pros do it.

According to Roger, zooming is death. It's guaranteed to ruin your film. No one, not even pros, can hold steady a shot zoomed in all the way. Instead of zooming, walk closer to the subject, then shoot. My rule of thumb is zoom no more than 10-20% from full wide angle unless your camera is equipped with steady shot, a smoothing mechanism. Even then you can't zoom in all the way. Do a test to determine how far in you can truly hold a zoom.

Most shots can be six seconds or less for statics. It all depends on what you're looking at. A beautiful view of the Grand Canyon will keep your audiences' attention longer. A close up of a piece of Murano glass doesn't need to be held as long. Think about how long you held the previous shot. It will help determine how long the next one should be. Look at your footage to learn how to pace your movie. Watching TV shows, movies, anything with the sound turned off is a great teacher.

Professional films are made of a variety of shots: wide, medium, close. Yours should too. Again, watch a few minutes of any movie or drama on TV with the sound off and you'll see what I mean. Many home video shooters make the mistake of shooting their films repeating the same wide shot from the same distance to the subject over and over. Boring! If we go back to the example of the fountain in Florence, we might begin with a wide shot of the whole fountain—people hanging out, kids playing. If we walk in closer, we might frame a second shot of most of the fountain with fewer people. That would be a medium shot. Going in closer still, we might frame a shot of the mermaid spouting water, a close up. Those three shots become a sequence that tell a complete story about the fountain, one that viewers will be captivated by.

The best way to make great home videos is practice. Shoot a bit. Look hard at your results. Learn from your mistakes. Shoot some more.

What challenges do you encounter when shooting your own home movies? What would you like to know most? Ask your questions below and we'll follow up with Roger's answers in two weeks time.