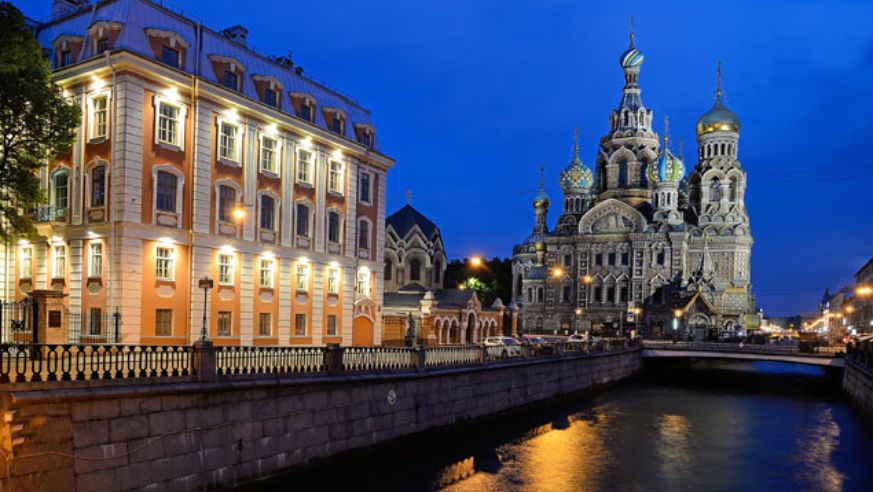 Trips to Russia can be complicated by bureaucracy and red tape, making booking a tour package a smart move for an easier vacation.

Some of the world's most appealing destinations are also some of the most complicated places to visit. Here, eight places where even the most streetwise traveler would be smart to enlist guidance.

The words "group travel" can conjure up visions of busloads of tourists roaring past sites, checking off a strict itinerary. But not all group tours are created equal. More importantly, there are some places where you'd be at a distinct disadvantage without a guide. Each of the destinations on our list comes with its own charm—and it's own set of challenges. In these places a guide can help with everything from navigating a complicated bureaucracy to sidestepping common scams to getting your point across in a foreign language. For each place we've identified here, we also recommend a tour, and most of them offer free time and some customization. Some of the tours save you money, others cost a little bit extra, but all of them include airport transfers, entrance fees, and a few meals—not to mention a hefty dose of protection against anxiety. Yes, it is possible to go all of these places on your own, but it's a lot smarter to go with a group.

SEE WHY THESE PLACES ARE WORTH THE TRIP!

Back before the fall of the USSR, Americans traveling to Russia had to book through Intourist and stay at state-run hotels. Restrictions have become less and less limiting over the past two decades, but bureaucracy and red tape are still huge obstacles for a trip to Russia. You still need an "invitation" from a hotel or tour company to even apply for a visa, and it's not unheard of for travelers to be sent back home—or even stuck in Russia—because of "problems" with their paperwork. Corruption continues to be an issue, with guidebooks still warning travelers about being stopped to show "papers," a legitimate question that could be veiled as an intimidating request for a bribe. It is advised that all travelers have a local contact to navigate the confusion, and tour operators have trusted contacts with local knowledge.

Sample tour: Travel to Russia isn't cheap—and neither are the tours. SmarTours 10-night Cruise of the Czars package includes airfare from New York, time in St. Petersburg and Moscow (including tours of the Hermitage and Red Square), and a cruise down the Volga River. smartours.com. From $2,799 per person until Dec.19, 2012 when the price rises to from $3,199.

This is a trip that you'll likely only do once in a lifetime—do you really want to spend your whole vacation worrying about how to get from point A to point B? The language barrier is large making everything from dining in restaurants to navigating the sites frustrating. Now add to that the fact that China's most appealing attractions, such as Xi'an and the famous terra cotta warriors, are spread out between the interior and the long east coast. Unfortunately, travelers also must contend with scams geared towards foreigners, including counterfeit currency being switched in by everyone from street vendors to cab drivers. Having a trusted local guide can help you avoid being taken advantage of—and keep you pointed in the right direction.

Sample tour: ChinaSpree's 10-night Middle Kingdom tour starts in Beijing and ends in Shanghai, with stops in Xi'an, Hangzhou, and Suzhou, including air from San Francisco, all flights, and transfers within the country. chinaspree.com. From $2,799 per person.

This bucket-list destination is filled with some of nature's most inspiring creatures. Did you know, for example, that the islands are home to nearly 60 species of birds, half of which are native to the Galapagos? Or that it's home to around 20,000 giant tortoises, including subspecies that are critically extinct (sadly, the most famous tortoise, Lonesome George, died earlier this year)? It's facts like these that make the Galapagos so extraordinary and unless you're an expert yourself, the islands are best appreciated with naturalist guides who can identify the species and tell you the stories behind them. You'll want experienced guides to help you navigate the region too, which is comprised of 13 main islands, some with special habitats, reserves, and research centers. The best tours employ experts who will take you on hikes, boat rides, and even flights to see the region's signature creatures such as the blue-footed boobies.

Sample tour: Spend time in Quito before flying to the main island of San Cristobal with Friendly Planet's Galapagos Islands Wildlife Discovery. Once you are in the Galapagos you will take guided walks with a naturalist guide, go on a snorkeling tour, and visit the home of the giant tortoises.friendlyplanet.com. From $3,299 per person including airfare between Miami and Quito.

Political turmoil, riots, and the fall of the Mubarak regime forced many travelers to cancel or rethink travel to Egypt. And many people are still hesitant to book—good news for the adventurous few willing to go because it means there will be fewer crowds to contend with at popular attractions like the pyramids. But tensions can flame up again (as they did recently over political reform) and though the Department of State has no current travel warnings, it's still smart to travel with a group led by companies with local contacts who know exactly where to go and understand (and can anticipate) the local climate. An experienced operator can get you out quickly and can modify itineraries to avoid dangerous areas.

Sample tour: Sunny Land Tours' Platinum Egypt tour includes airfare between New York and Cairo, a Nile cruise, tours at the pyramids in Giza, and a trip to the Abu Simbel temples built by Ramses II—an excursion that is typically a pricy add-on for Egypt tours. sunnylandtours.com. From $2,947 per person.

India is still a developing nation and sanitation and cleanliness are not always up to our standards. E. coli is an issue, especially since 600 million residents of India do not have access to regular bathroom facilities, and even in large cities the water supply can not keep up with demand. So it's no surprise that around 10 million travelers to India experience gastrointestinal distress every year. A good tour leader will know the cleanest restaurants and, if the need arises, be able direct you to the closest reputable pharmacy, where medication is labeled correctly and not out-of-date. Plus, India's traffic is notorious, and many travelers encounter unscrupulous cab drivers who take advantage of foreigners' confusion about street names and monument locations—a fact that will make that air-conditioned tour bus all the more pleasant.

Sample tour: The nine-night Kaleidoscope of India through Gate 1 includes airfare between New York and New Delhi and also includes time in Jaipur, Agra, Khajuraho, and Varanasi. gate1travel.com. From $2,899 per person.

Kenya isn't a large country, especially compared with, say, China, but the major parks are in various corners, meaning multiple flights to schedule if you want to see the Big Five on the green hills of the Maasai Mara down in the southwest and the reticulated giraffes on the lava plains of the Samburu Game Reserve in the north near Ethiopia. Like the Galapagos, expert guides mean better access and chances for wildlife viewing—not to mention safety. Going out into a wilderness full of carnivorous animals is not the time to skimp on quality, whether it's tour guides with expert knowledge of navigating the habitats or a company with up-to-date equipment and well-serviced vehicles.

These stunning Peruvian ruins are breathtaking, with the remains of the 15th-century civilization spread over the 80,000-acre preserve. You'll see remnants of temples and terraced hillsides—but you won't see any signs explaining what you are looking at. So you'll want a knowledgeable tour guide who can bring the ruins to life via tales of the settlement's mysteries (was it a resort for the wealthy king or maybe the last stop on a spiritual pilgrimage?) and who can explain why mortar wasn't used in most of the construction (the technique helps the buildings withstand earthquakes). Most package tours (including the one we highlight below) include a train ride to the ruins. If you are looking to take the two- or four-day trek up the Inca Trail, you must go with an organized group with a permit, which can be arranged through a licensed tour agency in Peru. SAS Travel does a four-day hike starting at $580 per person, including pickup in Cusco plus meals, snacks, and water along the trail. Machu Picchu is worth the trip, of course, but there is more to Peru. Book a tour that also includes time in Lima, Cusco, and maybe even some of the smaller villages where you can attend ceremonies and meet families in an interactive way that's not exploitive.

Sample tour: The Peru Splendors tour with Globus includes time in Lima and Cusco plus two entrances to Machu Picchu (one guided visit plus time to see the ruins on your own).globusjourneys.com. From $2,129 per person not including international airfare.

The volatile situation in the Middle East has not affected Jordan as much as Egypt. But even though the country hasn't seen the same extent of civil unrest, there have been (peaceful) protests here as recently as October 2012. The Department of State does not currently have travel warnings for Jordan, but does caution that that threat of terrorism is high. Does that mean you should avoid seeing the ruins of Petra and the Dead Sea? No, but it makes it even more imperative that you travel with a group led by someone who knows which areas to avoid and how to identify early warning signs of problems. Tour operators will also cancel trips in advance if there are official warnings for travelers and allow you to rebook a later tour or change plans altogether at no penalty.

Sample tour: Gate 1's seven-night Classic Jordan trip covers Amman and Petra, plus a trip to the Dead Sea. gate1travel.com. From $2,109 per person including roundtrip airfare between New York and Amman.