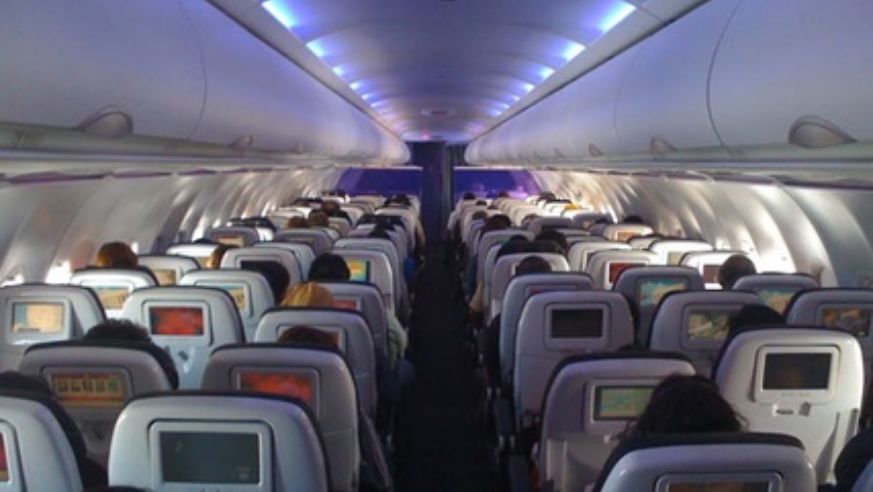 A few years ago, Adam Wells signed on as Virgin America's fourth employee with a revolutionary concept: Treat every passenger stylishly as a sophisticated contemporary traveler, starting from the moment he or she arrives at the airport gate. In doing so, Wells helped Virgin raised the bar for the industry.

• The typically bland, cold check-in counter with generic kiosks is a failure. Why not hide the mechanics and machinery, and make the counter as simple and human a space as possible? Wells put minimalist touch screens on tables in an open area where passengers and agents can mingle. At some airports, fresh flowers are on display.

• The standard paper boarding pass has machine barcodes with lots of numbers and is almost unreadable. It's also too large to fit in a standard-size pants pocket. "We decided to have our kiosks print paper boarding passes that are half the size of usual ones and that clearly spell out the info you need quickly," he says. Some airports haven't enabled Virgin America to do this, but wherever possible, the airline now offers the innovation.

• The most memorable and discussed innovation has been mood lighting on-board the plane. "It's in a "theatrical mood" prior to departure," says Wells. "When you walk down the jet bridge, you see the purple glow of the mood lighting, and it hopefully excites you. It was born out of the observation that typical airlines are so badly lit. There's a greenish hue that comes from fluorescent lighting. That gives a distressed, nauseous skin tone. It doesn't do anything to help your frame of mind to see everyone looking sickly around you. People have an emotional and physiological response to lighting. So we decided to shift the color of our cabin lights during the course of flight. They're associated with time of day outside, or ambient light outside. If you're flying by day and heading into dusk, it will reflect the light level outside. It's less jarring." In a bonus, each plane's windows are tinted to filter out certain light wavelengths, reducing glare.

• Cabin dividers are usually ugly. They tend to be either gray laminated panels or they may have been carpeted and don't seem to ever get any cleaning. You wouldn't want to touch them. They tend to be full height, which creates a claustrophobic space. "To avoid that, we created dividers where the top half has custom-made material that's tinted purple but is mostly transparent. Because you can see through it to the front of the plane, you no longer feel claustrophobic as you look forward to first class from coach. We also don't use curtains, which are a pain for flight attendants to pass through and communicate false elitism. Our divider has an L shape, which traps some of the sounds coming from either direction and blocks noise from echoing throughout the cabin."

Virgin America features many other innovations. For example, Charles Ogilvie designed a high-tech entertainment system placed in the back of the passenger seat in front of you, which includes instant-messaging capabilities with fellow passengers. The seatback touch screens can also be used to order food, which you pay by swiping your credit card. (A flight attendant delivers purchased items.)

Other perks: There's a USB jack at each coach seat and two 110-volt plugs for every set of three seats, so your gizmos won't run out of juice while you're in the air.

Wells approaches problems with the eye of an industrial designer who has helped tweak various products and services, such as Dyson's vacuum cleaners. He has since left his job as design director for Virgin America. These days, he "conceptualizes, designs, and actualizes" startups, spaces, and projects in North America for Virgin brands. Yet he still travels a few times a month. So we asked him for some travel tips:

What tech devices do you fly with?

The lightest devices I can get away with— usually a macbook, phone & a small camera; I use all 3 all the time. The day Apple launch a netbook is something I look forward to with some zeal.

Have you had any travel snafu with digital devices?

Leaving power cables in hotel rooms seems to be my specialty.

Any tips about carrying laptops and cameras?

Laptops in a separate pocket of a backpack if possible, allowing quick, one handed removal at security. Ditto for the toiletry bag. I typically wrap cameras & lenses in a protective sleeve surrounded by clothes, ideally in a manner that they're accessible at security too.

Most of my trips are for work and usually on Virgin America or Virgin Atlantic. On occasions that I have to fly other airlines, I compare the airline's seat map to those available on seatguru.com to avoid the windowless, zero-recline seat-by-the-restrooms that they like to offer!

What's the next innovation you hope airports and airlines adopt?

Pre-printing your boarding pass from home or office is the best route for now, although the better kiosks out there are quick, too. I'm really looking forward to greater availability of phone-based boarding passes, though; removing potential stress-points and queuing in the travel experience is exactly how travel technology should be…

Practical guys, who think themselves to be free from any care about design and lighting, are usually the mental slave of some industrial designer they've never heard of. In other words: You don't have to care about design to appreciate how much nicer it is to fly some airlines than others—and difference is due to folks like Wells.

Tell us about innovations you love— or things you wish that airlines would fix.

Australia may never be cheaper in our lifetimes

Fresher cabin air is on the way