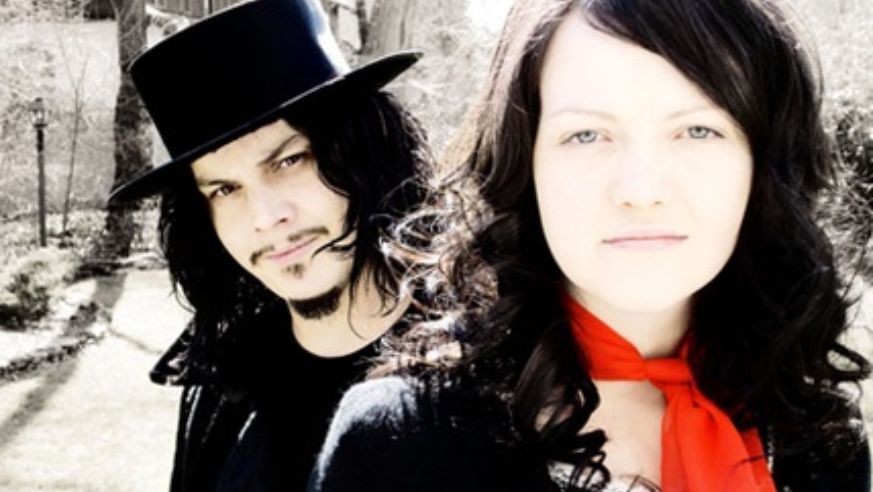 Travel and music are two of my favorite topics. So my ears perked up when I recently heard the rumor about The White Stripes and their summer concert schedule. The buzz on the Internet was that the famous rock band was going to visit every province and territory in Canada as well as every state in America.

The 50-state claim turned out to be false, but the Detroit-native duo still plans to do our northern neighbor proud by visiting roughly a dozen Canadian cities and towns, starting in June. (For a list of tour stops, click here.)

Curious about the delights that could be found along the tour route, I did some research. I found that many of the stops seem worth visiting--even for folks who aren't interested in the White Stripes or their upcoming album, Icky Thump. Here are highlights from a few of the most intriguing places: Edmonton, Alberta; Saskatoon, Saskatchewan; and Charlottetown, Prince Edward Island.

Visit North America's largest mall: It may not be the most "indie" way to spend time before or after a concert, but you're bound to find something interesting in a mall that has about 800 stores and attractions, including an amusement park, a water park, a deep-sea adventure area complete with performing sea lions, an NHL regulated ice rink, two miniature golf courses, and a seasonal petting zoo. For adults, the mall has two nightclubs, three cinemas, and a casino. 8882 170 St., 800/661-8890, westedmontonmall.com

Check out some handmade goods: For 105 years, downtown Edmonton has had a city market. Every Saturday from May to October, you can wander through the dozens of vendors selling everything from baked goods to bedding. The market relocated to trendy 104th St. in 2004, putting it right in the middle of the revitalization of the area. On 104th St. between Jasper Ave and 103rd Ave, 780/429-5713, city-market.ca

Put some spice in your step at Khazana: Before the show, sample some authentic tandoori at this well-regarded restaurant. Located in the Warehouse District, Khazana offers simple curries and vegetarian dishes. But if you are in the mood to splurge, try the tandoori salmon, which is grilled in a clay oven and marinated in yogurt and spices. 10177 107 St., 780/702-0330, tandoori salmon, $17

Have a "morning-after breakfast" at the Highlevel Diner: For almost 25 years crowds have chosen the Highlevel Diner for a pick-me-up after nighttime festivities. The diner's local artwork and antique wooden tables add to the always-busy atmosphere. Try the classic blueberry buttermilk pancakes or one of several egg dishes, such as huevos rancheros served with refried beans and rice. Afterward, walk off the meal by visiting the nearby bridge that has the unusual feature of a 150-foot-long, man-made waterfall pouring into the North Saskatchewan River. 10912 88 Ave, 780/433-0993, pancakes, $7

Cruise the town: You can toast the scenery with a drink from the bar onboard the The Saskatoon Princess, which departs from the Mendel Art Gallery dock near the University Bridge. The cruise takes visitors down the river under four of Saskatoon's famous bridges, giving views of several fancy residences and immaculately landscaped parks. Cruises leave at 1:30, 3:00, and 4:30 daily, with dinner cruises available in the evening. Spadina Crescent near University Bridge, 888/747-7572, shearwatertours.com, cruise, $13

Hear Huckleberry Finn speak with a Canadian accent: Since 1991, the Barn Playhouse has been hosting some of Saskatoon's best community theater. The theater is attached to the original 74 year-old barn. July 1 is the last day to catch the production of the classic Huck Finn tale. Prior to show time, the farm has booths selling food, live music, and wagon rides. 15 miles north of Saskatoon, off Hwy 12, 306/239-4600, barnplayhouse.com, 8:000 p.m., $14

Catch dinner before the show at The Barking Fish: Asian and Californian-style tapas dishes should fill you up before heading over to TCU Place for the show. Located in the spot of a former beloved pub, The Barking Fish serves up a vast cocktail and wine list along with dishes such as Ahi tacos, wontons filled with seared tuna, and an Asian ginger salad. 154 Second Ave S, 306/665-2220, tacos, $7

Head to Caffe Sola for breakfast: Concrete floors and slate tables complete the ambiance at this hip cafe that offers numerous baked goods along with its fair trade and organic coffee. Along with its full menu of Mediterranean-style dishes, it serves worthy breakfast items, like a breakfast panino filled with egg, prosciutto, pesto, and asiago cheese. 38 23rd St. E., 306/244-5344, caffesola.ca, breakfast panino, $4

Take a trip back in time: For a dose of Canadian history head to Founder's Hall. The interactive museum tells the story of Canadian history from the country's inception. Visitors become part of a simulated TV show that reports on historical events as if they were breaking news. Ask for a walking tour led by a guide in 1860s attire. If you dress up like Jack or Meg White, you'll have the perfect photo opportunity. 6 Prince Street, 800/955-1864, foundershall.ca, $6

Stroll along the waterfront: You'll pass several shops and cafes as you admire the Victorian architecture of Charlottetown's seaside boardwalk. Poke around Peake's Wharf and local yacht club. Follow the blue line painted on the path to track down the Victorian mansions on West Street. Or else visit the beautiful Victoria Park, which is 37 acres of exquisitely maintained parkland used for swimming, tennis, or simply for enjoying views of the harbor. Great George Street at Confederation Landing Park

Catch dinner before the show at the island's only brewery: The Gahan House Pub & Brewery is the perfect place for pre-show brew, offering Sir John A's Honeywheat Ale, Ironhorse Brown, and Cole's Cream Ale. Dishes such as fish and chips battered in the Honeywheat Ale and pizzas with Ironhorse Brown-infused dough should fill you up before you rock out. You might consider ordering a Little Buddy--a looming tower filled with six pints of beer, complete with you own pour spout. 126 Sydney Street, 902/626-2337, gahan.ca, fish and chips, $9