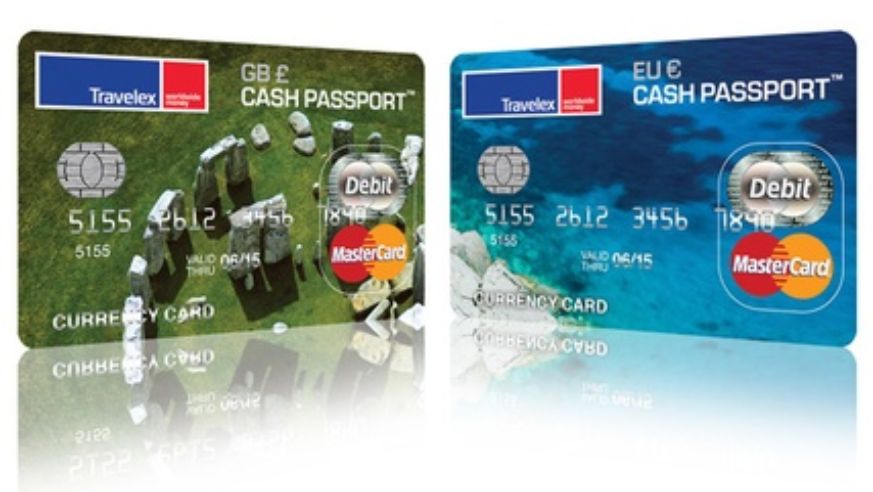 More and More, Americans visiting Europe and the U.K. are finding their credit and debit cards useless at many shops. Fortunately, Travelex has a solution.

While most cards in the U.S. use a swipe of the magnetic strip on the back of the card to transfer bank information to a retailer, many European retail locations have switched to the "Chip an Pin" system, whereby a card containing a small computer chip is waved over the payment station, then a pin is typed in to confirm the purchase. Most credit cards and retailers in the U.S. have yet to upgrade to this system, and with the risk of losing cash or having it stolen and all the fees associated with using a card for purchases or withdrawals, getting around abroad as an American can be quite a hassle.

Enter Travelex's new "Chip and Pin" Cash Passports (by Mastercard). In essence, this new, chip-included version of the long-standing Travelex Cash Passport gives American travelers in Europe the ability to make chip-based transactions anywhere a Mastercard is accepted, eliminating the need to withdraw money from an ATM for many purchases, and consolidating confusing conversion fees into one, up-front payment when you load the card.

Here's how it works:

-The Chip and Pin Cash Passports are available in euros or pounds, and can be found at any Travelex location in the States (many are located in airports and retail centers).

-No fees on purchases

-No ATM fees other than by the ATM operator

-Free "cash out" on remaining balance at any Travelex location

-Monthly inactivity fee (after 12 consecutive months of no use) of 1.75 pounds or 2.3 euros

-$15 closing fee if done over the phone

While these rates aren't particularly attractive, and it's hard to call them deals, another possibility is purchasing a "Total Trip Load" ($2,500+) for your card at select retail stores and all of Travelex's non-airport locations. Here, the rate would be 1.37 dollars to the euro, or about a 3.64% fee (about $91 on a $2,500 card).

Beginning next year, Travelex will offer the Chip and Pin cards online as well, at a conversion fee slightly higher (about 1%) than the Total Trip Load, plus a small delivery fee (right now, it's about $10 for a regular Cash Passport).

Now, depending on your bank and their own conversion fees, it's a toss-up as to whether it will actually save you money to use a Cash Passport, or if you should just stick with the old, tried-and-true methods of currency conversion. What the Chip and Pin card will definitely do, however, is simplify your travel experience, allowing you to make purchases and ATM withdrawals without hassle or worry about unforeseen fees. For travelers expecting to spend more $2,500 or more, the card's use is particularly attractive.

That being said, how likely would you be to use a preloaded Chip and Pin card on your next European vacation?

What Your Bank Won't Tell You About Currency Conversion

Convert Foreign Prices with Your iPhone or BlackBerry