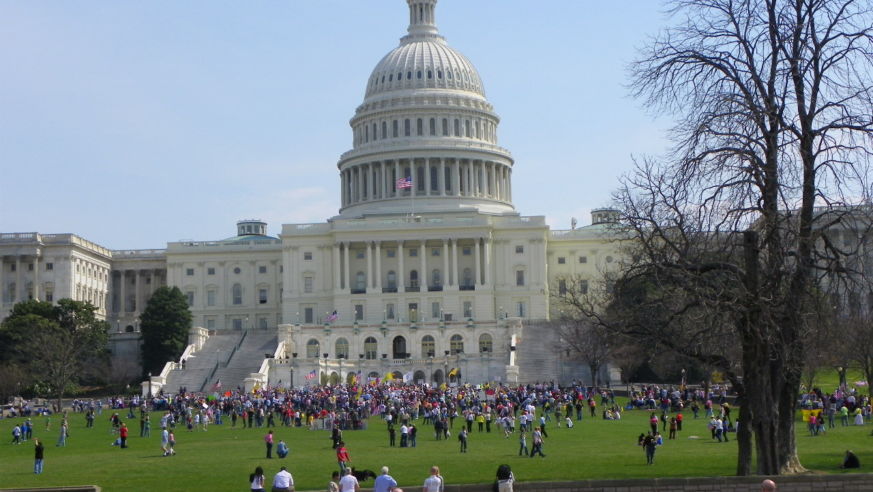 The U.S. Capitol sees its fair share of visitors all year round, but the January 21 presidential inauguration will make it the belle of the ball.

Washington, D.C., won't see the 1.8 million visitors it drew for Barack Obama's 2009 presidential inauguration—that was, after all, a once-in-a-lifetime historical event—but the Associated Press reports that the nation's capital is bracing for between 600,000 to 800,000 arrivals for the president's second inauguration, on January 21, and that hotels are filling up.

If you've only watched presidential inaugurations on television, there's really nothing like being there on the mall as the president takes the oath of office, delivers the inaugural address, then parades down Pennsylvania Avenue to the White House. Regardless of weather, the air crackles with excitement and aspects of the day can provide significant signals about leadership style: After delivering his inaugural address in January 1977, Jimmy Carter, a former peanut farmer from Georgia and the first president elected after the Watergate scandal, skipped a ride in a fancy limo to become the first president to walk to the White House in an inaugural parade.

While many of Washington's big downtown hotels will be offering pricey packages for the inauguration weekend—and a lot of the city's budget hotels are already sold out—you can typically find doubles for under $200 by booking major chain hotels such as Comfort Inn, Red Roof, and Quality Inn in communities adjoining D.C. in Maryland and Virginia. If you check now, you might even land a short-term vacation rental on sites like AirBnB.com.

If you're headed to D.C. for the festivities, here are some inauguration-focused must-sees:

U.S. Capitol. The ceremonial swearing-in will take place at the Capitol on Monday, January 21 (also Martin Luther King Day, a federal holiday, so the building will be closed to visitors that day. But hour-long tours are offered Monday through Saturday from 8:30 a.m. to 4:30 p.m, and it's best to reserve a spot on one of these popular tours in advance (visitor center entrance at First Street and East Capitol Street, N.W., visitthecapitol.gov, admission free).

The National Archives. Sure, the name may sound ho-hum, but you may have heard of some of the manuscripts on display in the rotunda of the National Archives: The U.S. Constitution, Bill of Rights, and Declaration of Independence (700 Pennsylvania Ave., N.W., archives.gov/nae, admission free).