A few weeks ago, I took part in a Trip Coach chat about India. There were lots more questions than there was time to answer, so I thought I'd take a stab at a couple more.

Alexandria, Va.: My husband and I are planning a trip to India and would like to plan our itinerary around the the cultural activities and events that interest us most. We love traditional Indian dance for its expression and beautiful costumes. We are interested in attending public performances while on our trip. Are you aware of any that we might attend?

One biggie that comes to mind is the Madras (modern-day Chennai) Music Season, held for five weeks in December and incorporating many dance and theater performances as well as music concerts. If you hit the city during that time, you'll be spoilt for choice, especially if you're aren't set on seeing any performances in particular.

In addition, most big cities are likely to have traditional dance performances at many times of the year—check the listings in the local editions of the English-language Hindu and the Times of India. (Although both papers have websites, the newspaper editions are easier to navigate for this info.) If you happen to be passing through Mumbai, then be sure to get a copy of the local Time Out for thorough listings in that city.

Everyone's list is going to be different. None of the following places are obscure (they're certainly in most travel guides), but they definitely aren't on every tourist's radar. So here goes: the ruins of Hampi, visited by lots of backpackers but not a lot of others, given the fact that it's as astonishing and beautiful as the Taj Mahal (but quite different); the twin temple towns of Halebid and Belur, in Karnataka; the northeastern state of Assam, which I never made it to but wish I had; the Ajanta caves, south of Mumbai (ditto); the coffee plantations of Coorg (a.k.a. Kodagu); inland portions of Goa; the Leh Palace, in the far north state of Jammu and Kashmir; Hyderabad, known for its I.T. businesses but with an amazing Muslim fort outside of town and lots of interesting Raj-era buildings in the city; the Buddhist stoneworks at Sarnath; the coastal town of Mangalore; Bhubaneshwar and other temple towns of Orissa, and Sikkim in the Himalayas, once its own kingdom.

Give us your tips for cheap travel

In a couple weeks we'll be pulling together a special issue of our newsletter&mdash;a cheap edition. We'll cover methods that aren't merely value-conscious or sensible, but that take saving money to a new, rock-bottom level. Do you flee at the crack of dawn to avoid staying an extra night in a hotel room? Or perhaps you've considered packing an inflatable pool raft to use as a makeshift bed, as the self-explanatory website Sleeping in Airports advises? Or maybe your methods are as simple as hitting up a local market or grocery for unique (and extra-economical) souvenirs that end up puzzling as well as delighting friends and family. We'd love to hear your tips&mdash;whether you've actually tried them out or not. And keep an eye out for our upcoming newsletter, which will include some of the ideas that really caught our eye. Post your tips below by Monday, 13 October. 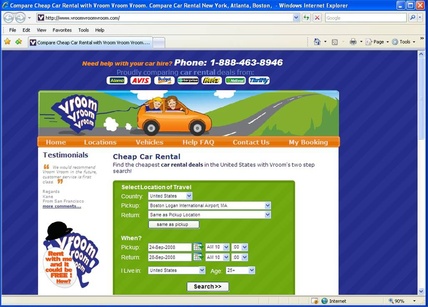 Rental cars: At last, an easy way to be ecofriendly

When it comes to booking a rental car without feeling guilty that you're hurting the environment, the Internet can be a source of frustration. The only major search engine to catalog every individual hybrid rental in the U.S., for example, is Kayak. Trouble is, there are only about 3,000 hybrid cars nationwide for Kayak to list, and most are in New York and California. What if you want to rent an ordinary car (instead of a hybrid) and still feel good about your environmental impact? Enter Vroom Vroom Vroom, an oddly named car-rental and car-information website that officially debuted this morning. The site is similar to CheapTickets, Priceline, Expedia &amp; Co., in that it makes it easy to book reservations from all the major rental car brands (Alamo, Budget, etc.) at about 2,000 locations in the U.S, with additional locations in Australia (where the site was founded), New Zealand, the U.K., and Canada. What makes it special: Book any car rental&mdash;not just a hybrid&mdash;and Vroom Vroom Vroom will provide you with carbon offset credits for free. Other perks: There are no cancellation fees, and the prices listed in the search results are total prices, including taxes and fees (including those pesky Airport Recovery Fees at airport rental car company locations). Are the free carbon credits worthwhile? We've expressed skepticism about some of these credits in the past. Yet this program seems promising. Vroom Vroom Vroom is partnering with CarbonNeutral, one of the top carbon offset and climate consulting businesses, because of its reputation for legitimacy, according to spokespeople. "CarbonNeutral has worked with over 200 carbon projects around the world and has played a role in establishing industry policies and protocols," says spokesperson Pamela Johnston. "All of its programs are reviewed by an Independent Advisory Group of climate change experts, a respected third party conducts an annual audit of carbon stocks and contracts and a full register of carbon transactions and contracts are published for review. CarbonNeutral projects include renewable energy, such as solar and hydro power, resource conservation, waste reduction, and forestry." What else does the site offer? On the more amusing side, Vroom Vroom Vroom has “Geek Travel Tips," which a press release accurately describes as "a list of 25 Web apps for road-trip planning including maps, travel search engines, resources for business travel, and tools for finding parking lots, radio stations, and the best gas prices." Here are some examples: SpotScout&mdash;parking lot finder for NY, Boston, San Francisco (and expanding to other cities) eRideShare&mdash;contains more than 20,000 total ride share listings throughout the United States and Canada; includes trips as short as running a single errand, to people looking for daily commuter car-poolers, as well as those looking for a cross-country companion. In addition, eRideShare maintains an extensive list of tips and tools for picking the right passenger to help minimize the chances of getting stuck with an undesirable companion. GasBuddy&mdash;the famous website that compiles gas prices reported by email and text from drivers nationwide, making it possible for you to find the best deal. 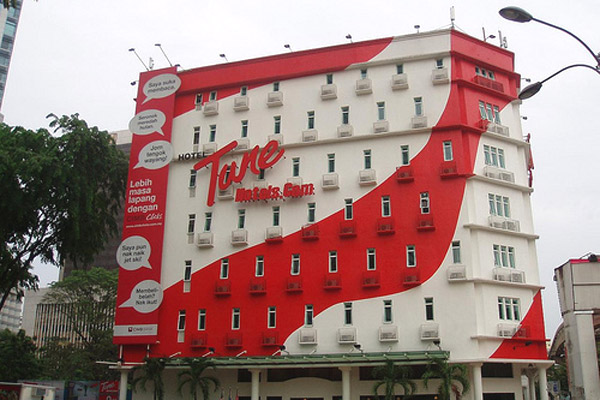 Similar to low-cost, transportation companies like Megabus, Asian budget chain Tune Hotels uses a "demand-based pricing system," where early online bookers can get rooms for as little as $3 a night (room prices vary for walk-ins, but run about $25). The first property opened in Kuala Lumpur, Malaysia in spring of 2007, followed by an outpost in Kota Kinabalu (in Sabah, a state on the island of Borneo in East Malaysia) this year. In December, five more hotels debut in Malaysia, including in Penang and Kuching. The hotels have the bright colors of giant billboards. Rooms are spartan to say the least and guests pay only for what they use. That means there are additional charges (about $1.50 each) for towels, toiletries, hair dryers, in-room wi-fi (it's free in the lobby), and A/C (though all rooms come with a standard fan). There's no meeting room, pool, gym, or spa. Forget room service or minibars. And while the chain experimented with in-room televisions in Borneo, its spokesperson told us that future hotel rooms will be without TV or radio. The company prides itself on offering comfortable beds and power showers: "The mantra is a great sleep, great shower, in great locations within hotels that are clean and provide great security on site," said chief executive officer Mark Lankester. Construction is underway for approximately 30 other sites across Southeast Asia and the company hopes to have 100 hotels in Asia over the next few years with locations in Bali, the Philippines, and Thailand. Stay Tuned. What do you think of this concept? Would you stay in a Tune Hotel? 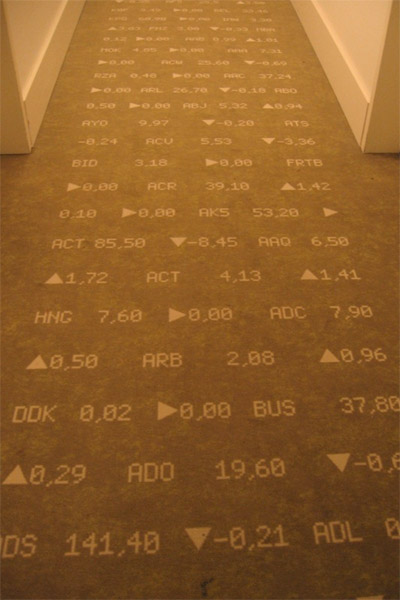 What happens to business travelers when their company is gone?

Last week's London Times looked at a worrisome and at least theoretically possible scenario: What happens to business travelers whose companies dissolve before they have a chance to return home? Employees of Lehman Brothers, which declared bankruptcy last week, may have found themselves in that very situation. The Times points out that, of course, most business travelers would have airline tickets to get themselves home, so they wouldn't be stranded. But settling the bill at that pricey business-class hotel could get a little sticky. As one specialist in travel law puts it, "I'm sure most hotels would demand a card imprint from the individual as security for payment" if a company has gone under. "I think it would be practically difficult for the individual traveler to demand that the hotel honor its agreement with the corporate [entity]&mdash;when it knows it will not be paid." It sounds as if the best option is to try hard to avoiding finding yourself in that situation altogether&hellip;