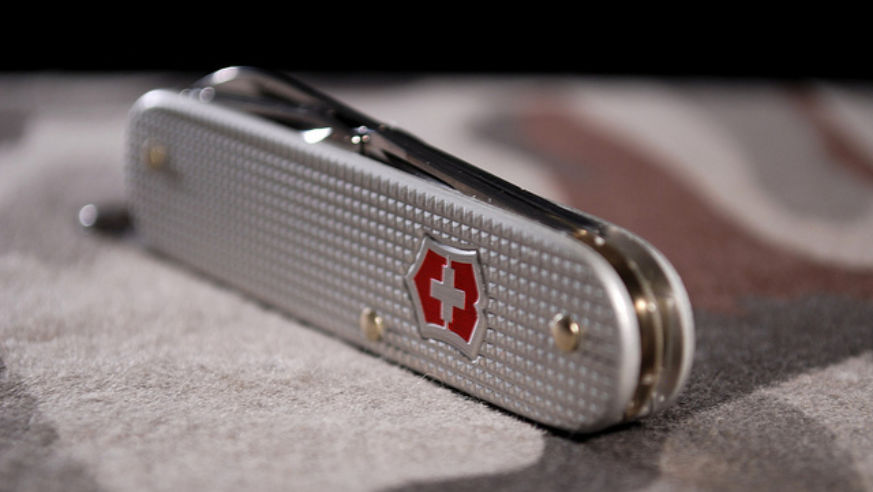 These next few words may come as a shock: Starting April 25th, the Transportation Security Administration (TSA) will allow passengers to bring small knives on airplanes for the first time since the September 11th attacks in 2001. Not just any knives are included, only those that measure less than 2.36 inches long and less than half an inch wide—box cutters and razor blades are still not allowed to be packed in carry-on bags. The new move also allows previously forbidden sports equipment items like golf clubs (up to two per person), wiffle-ball bats, ski poles, lacrosse sticks, hockey sticks, and billiard cues to be taken onboard as carry-on items.

In short, the TSA believes this would be a more efficient way for agents to focus more on locating explosives and other dangerous devices in passenger carry-on bags and spend less time searching for tiny pocket knives during the security line process. According to this article by CNN, the Air Line Pilots Association appears to be onboard with the switch, adding that it will bring U.S. security measures up to par with those of the international community. So far, the response from flight attendants and air marshals has not been as optimistic. Head of the air marshal department of the Federal Law Enforcement Officers Association George Randall Taylor told CNN, "It's as if we didn't learn anything from 9/11. Flight attendants are going to be sitting ducks." He is not a fan of the announcement and said he has received more than one hundred calls from other air marshals who are upset by the decision. Flight attendants are also concerned when it comes to their cabin safety. In an interview with Today, flight attendant Sara Nelson explained how less flight attendants, unruly passengers, and now, small knives, could be a dangerous combination. She added that putting potential weapons within arm's reach unnecessarily puts both flight attendants and other passengers at risk should anything get out of hand.

Personally, I have to agree with the flight attendants on this one. While you probably wouldn't be able to do much damage with a 2.36 inch knife, it still seems like you could do enough damage to disrupt the flight and potentially risk the well-being of the other passengers. The TSA doesn't always get things righteither, so who says a slightly longer or wider knife wouldn't accidentally find its way into the cabin? In my humble opinion, the fact that knives played a part in the terrorist attacks at all should be reason enough to keep things as they are, even if it is a minor inconvenience (you can still pack other, larger knives in your checked baggage, after all). Frankly, if the TSA really wanted to cut time at security lines, wouldn't nixing the whole shoe removal process be more time efficient for everyone?

What do you think about all this? Is the TSA right to allow small, seemingly harmless knives back onto airplanes, or have they gone too far? Sound off below!