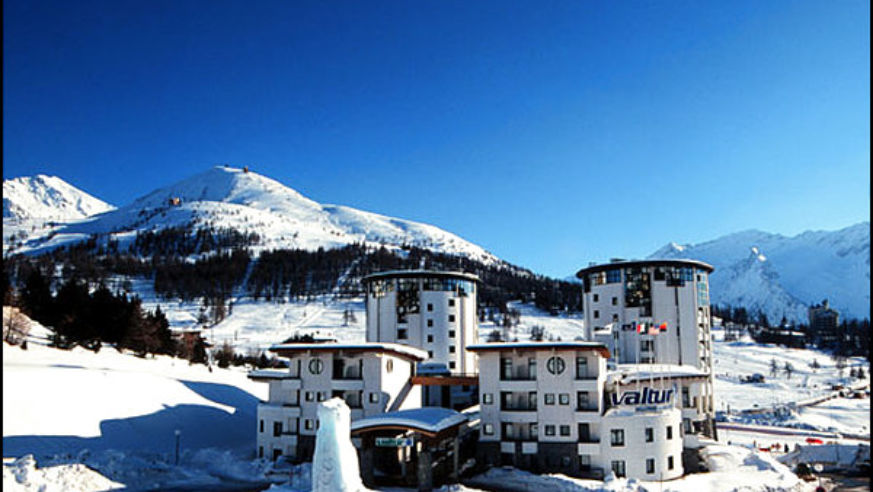 The athletes' village in Sestriere, Italy

How to snag tickets for the February 2006 Games in Italy and find a place to stay, plus cultural goings-on, daytrips further afield, and plenty of resources for schedules, contacts, and maps

The host city of Winter Olympics XX, Turin (Torino in Italian) has been busily beefing up its facilities and cultural programming, hoping to make the most of its moment in the spotlight and present itself as an appealing tourism destination of the first order. The 16-day festivities will cover 15 different sports and dish out 84 medals to the best of 2,500 athletes as determined by 650 judges and referees and witnessed by 1.5 million spectators. Here's all the information you need to be one of them.

All the flashy ceremonies and stadium sporting events like figure skating, speed skating and ice hockey will take place in Turin, whereas the Alpine events like skiing, bobsled, and luge will occur in the Val di Susa and Sestriere mountain resorts west of the city.

Turin is also host to the Paralympics, March 10 - 19, 2006, during which athletes with disabilities compete in wheelchair curling, ice sledge hockey, Alpine skiing and Nordic skiing.

WHERE TO STAY: Notoriously short on high-end lodgings, Turin has been booking up rapidly, with many rooms set aside for travel agencies and tour providers at the get-go. The official site for booking area-wide hotel rooms is the zealously named JumboGrandiEventi.it. There are currently 41 hotels listed, with doubles priced anywhere from $74 to $1,000 (63 to 853 euros) per night.

Turin's official tourism website, TurismoTorino.org, has a much more extensive database of hotels, B&Bs, and hostels, allowing you to search by price (from as low as $53/45 euros), area, or type of accommodation. The tour operator Somewhere has apartment rentals and B&Bs available with rates starting at $129/110 euros per night and a five-night minimum stay during the Olympics.

CoSport.com, North America's resource for Olympic ticket sales, offers ticket-accommodations packages (dubbed Hospitality Packages), which can drastically simplify the planning but will be significantly more expensive than the D.I.Y. approach of booking your lodgings and events separately. One of the simplest packages, four nights at the Hotel Continental Torino (double occupancy) and tickets to just one event, costs a whopping $2,778.50 per person.

Given the paltry selection of rooms left in Turin and the reality that many competitions are a good two hours outside the city, it's worth considering the adjacent region of Valle d'Aosta, about a 90-minute drive to the north near the borders of France and Switzerland. You can search for lodgings of all sorts--B&Bs, hotels, camp sites, mountain huts, hostels--on its official website: regione.vda.it

HOW TO BUY TICKETS: In North America, the official channel for purchasing tickets is CoSport.com, , 800-457-4647. Event tickets have been classified as either Type I, anticipated to be in high demand, or Type II, anticipated to be less popular. For each Type I ticket or Ceremony ticket ordered, you must order at least one Type II ticket. (Figure skating is a I; Curling is a II. You can determine the categorization and buy tickets here).

While there is still a decent amount of availability for both ticket types, the cheaper seats are selling faster than the pricey ones. As of November 15, 2005, the only Opening Ceremony tickets left were at the highest bracket, a cool $1,250 a head. If you're still in town and haven't had the Olympic spirit beaten out of you, you'll save a bundle on Closing Ceremony tickets, just $560. Here's a look at others still available:

Type I: Only select women's figure skating tickets remain, mostly at the $490 rate. Among the less high-profile of the high-profile, there's the two-man bobsled at $59, the men's cross-country skiing relay from $50.50, women's snowboarding from $59, and men's ice hockey semi-finals at $235 or $403.

Type II: Men's single luge at $67, women's ice hockey preliminary round (USA vs. Finland) at $67, women's cross-country skiing at $84, and plenty of curling by both sexes starting at $34.

WHILE IN TOWN: The capital of Italy's northwestern Piedmont region is bisected by the Po River and surrounded by the snow-capped Alps. It's both commercial--home to Fiat and Pirelli, the national broadcasting company RAI, and the soccer team Juventus--and cosmopolitan, with French flair and a history of filmmaking, chocolate-making (especially of the decadent Gianduja hazelnut variety), and cultivating Barolo wine and truffles from Alba.

A cut above the rest of Turin's museums, the world-class Museo Egizio houses a treasure trove of ancient Egyptian art, statuary, sarcophagi, and jewelry lovingly amassed over the centuries by the onetime ruling House of Savoy (Via Accademia delle Scienze, 6; museoegizio.org, in Italian only; closed Mon., 6.50 euros).

For an earful of opera, make a beeline for the 18th century Teatro Regio (Piazza Castello, 215; teatroregio.torino.it).

And warm up with some coffee at Caffè Al Bicerin, once the haunt of Nietzsche. The special drink, called a Bicerin, is beautifully layered with chocolate, cream, and coffee (5 Piazza Della Consolata, 011-39/011-43-69-325, Bicerin $5).Excerpted from our recent feature, Where Foodies Love to Eat

HIT THE ROAD: Ditch the crowds and soak up the scenery in the outlying valleys. Ten miles west of Turin in the Val di Susa, the 12th century Benedictine abbey Sacra di San Michele is perched atop craggy Monte Pirchiriano. Its formidable and maze-like structure was the inspiration for the setting of Umberto Eco's novel The Name of the Rose. Follow the trail, about 1 ½ hrs, from the town of Sant'Ambrogio up to the abbey (open daily, 4 euros). Hiking and driving directions available on their website.

The Barolo valley's wine-producing villages lie about 35 miles to the south. Sample the regional fruits at Castello Falletti in the town of Barolo (daily, 2 euros per tasting) or explore by car (complete list of area wineries: barolodibarolo.com).