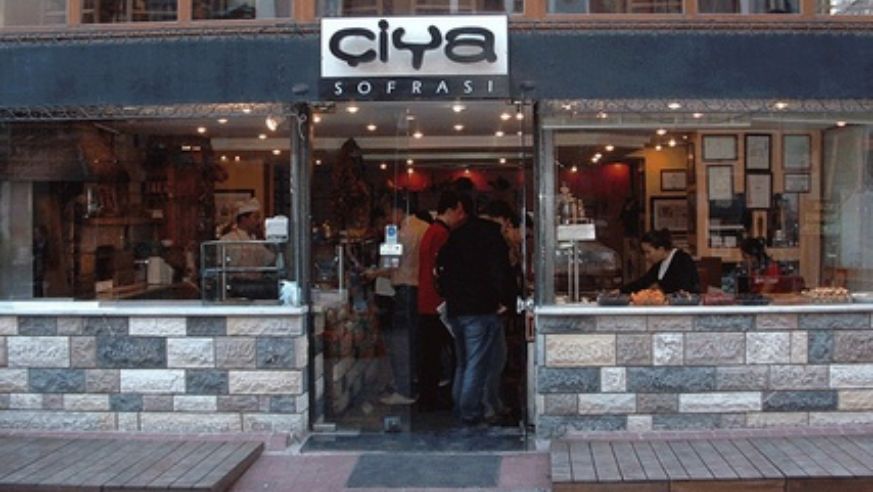 For five years now, Virginia Maxwell has spent time eating her way across Turkey on assignment for Lonely Planet's Istanbul and Turkey guidebooks. So I enlisted her to write our Turkey Menu Decoder, a handy, one-page resource with translations of food terms and popular dishes—the latest in our growing Menu Decoder series. Below she dishes on the food scene and Turkish etiquette.

Where do you love to eat in Istanbul?
My two favorite restaurants in Istanbul are Çiya in the Kadikoy neighborhood on the Asian side of the Bosphorus, and Cercis Murat Konağı in Bostancı. Both serve cuisine from Southeastern Turkey.

Are there any new dining trends?
Southeastern Turkish cuisine is generally considered to be the most interesting of the regional styles, and new restaurants such as Antiochia in Istanbul's Asmalımecit neighborhood are presenting superbly executed, innovative dishes to Istanbullu foodies.

How might someone coordinate a special experience like a meal in a local's home?
Excellent travel outfit Intrepid Travel organizes small dinners in traditional family homes in Istanbul as part of its Urban Adventures program.

Which Istanbul restaurants don't live up to the hype?
The international press rhapsodizes about 360 in Beyoğlu, but in my experience the food has been a real letdown. I love having a drink at the bar there, though. And unfortunately, the food in the major tourist precinct, Sultanahmet, is universally disappointing—visitors staying in Sultanahmet hotels should cross the Galata Bridge every night to eat rather than accept the overpriced and poorly prepared food served at most Sultanahmet restaurants.

What kind of street food is typical and where to try it?
There are different street foods in every region. In Istanbul, the most famous is the balık ekmek (fish sandwich), a chunk of bread roll stuffed with grilled fish and topped with some salad and a squeeze of lemon juice. The best place to eat these is on the ferry dock at Eminönü. Other popular street dishes include gözleme, a thin crepe stuffed with spinach, cheese, mushrooms or potato that is eaten in Central Anatolia; and kokoreç, grilled lamb's intestines cooked with herbs and spices. The most famous street snack of all is, of course, döner kebap, lamb slow-cooked on an upright skewer, shaved off and stuffed in bread.

Which other Turkish destinations would you recommend to foodies and for which specialties?
Fish is best eaten along the Black Sea coast, where it is cooked and prepared simply and has loads of flavor. The destinations that all serious foodies should go to are Gaziantep, Urfa, Hatay, and Mardin in Southeastern Anatolia. Gaziantep is particularly famous for its pistachio baklava (layered filo pastry soaked in honey or sugar syrup and stuffed with nuts), Urfa for its Urfa kebap (skewered chunks of lamb grilled and served with tomatoes, sliced onions and hot peppers), Hatay for its künefe (shredded-wheat cake laid over mild fresh cheese, soaked in sugar syrup and baked till it's crispy and gooey at the same time) and Mardin for its içli köfte (meatballs rolled in bulgar and fried).

What food rules and etiquette should tourists know about?
Don't blow your nose at the table (or in public generally) and don't be surprised if waiters bring people's meals to the table at different times rather than all together—this sometimes happens and is considered quite acceptable. Waiters may also change your plates and cutlery a few times during each course if you are sharing dishes.

And when the bill arrives, do you add on a tip?
This is up to the individual. In restaurants, most locals will tip around 10 percent if they have been happy with the service. It's not necessary to tip in simple places serving kebaps, pides (flatbread similar to pizza), or lokanta dishes (ready-cooked food).

2010: Istanbul Kicks Off a Culture-Packed Year

Sleep Tomorrow: A Night Out in Beyoğlu, Istanbul

The BT Challenge: Testing the Limits of Online Networking in Istanbul