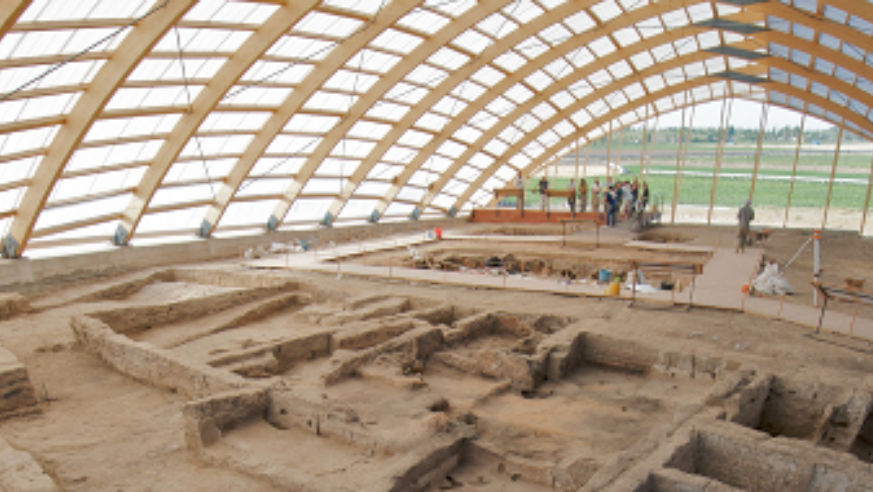 Courtesy Turkey Tourism Board
The Catalhoyuk excavation site in Turkey

It's a feather in any location's cap to be designated a UNESCO World Heritage Site, so congratulations are in order to the eight new sites added for 2012. "New" might not be the best adjective, actually. The sites include Chengjiang Fossil Site in the Yunnan Province of China, where 196 species that help determine how today's animal groups have developed over the last 530 million years, and Catalhoyuk, a 34–acre Neolithic site in Turkey that was occupied as far back as 7,400 B.C.

The other natural and man–made wonders include seven painted timber farmhouses in Halsingland, Sweden that date back to the 19th century, Rio de Janeiro's Carioca landscapes (including Corcovado Mountain and the statue of Christ the Redeemer), and the Western Ghats mountain chain in India. The preserved Belgian mining community of Walonia was also designated, including a mine dating back to the end of the 17th century. The final two are natural wonders in Africa: the 18 Lakes of Ounianga in Chad and the Sangha Trinational, three contiguous national parks in Cameroon, the Central African Republic, and the Congo that total more than 1.8 million acres.

The members of the United Nations organization use some pretty lofty criteria for the designations: the sites must meet at least one of the 10 criteria, which include being "a masterpiece of human creative genius" and representing "major stages of earth's history." There are now 962 properties in 157 countries on the World Heritage List. In the U.S., the 20 UNESCO sites include Statue of Liberty, Independence Hall in Philadelphia, and Yellowstone National Park.

12 Most Colorful Towns in the World