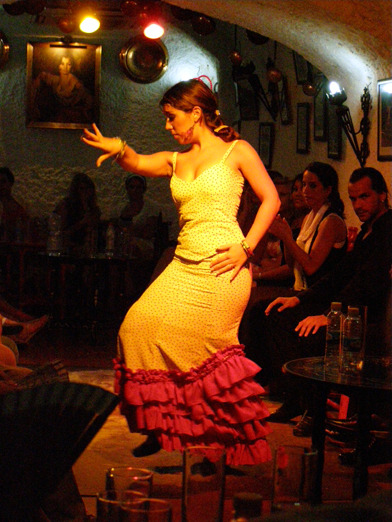 Most avid travelers know a thing or two about UNESCO's list of World Heritage Sites. If you've spent any time traveling, you've probably seen the phrase "UNESCO World Heritage Site" in guidebooks and tourism brochures, on plaques, or even in the news. For over 30 years, the United Nations Educational, Scientific and Cultural Organization (UNESCO) has celebrated locations like cities, buildings, monuments, or natural wonders that have been deemed culturally or physically significant. As of 2010, the list includes 911 iconic spots like the Grand Canyon, Stonehenge, the Statue of Liberty, and the Great Wall of China.

Sure, buildings can be culturally significant, but what about "intangible" aspects of culture like performing arts, festivals, customs, rituals, or crafts? You may not have known this, but UNESCO has them covered too! Since 2008, UNESCO has been inscribing such items on a Representative List of the Intangible Cultural Heritage of Humanity (see the complete list here). As the name suggests, this list celebrates everything from folk dances to distinct regional cuisines, handicrafts to opera, martial arts to oral epic poetry.

This November, during a convention in Nairobi, UNESCO released the list for 2010. It runs the gamut from the classic (Spanish flamenco, French gastronomy, and Chinese opera) to the obscure (a hopping procession from the Luxembourg town of Echternach, Azerbaijani carpet weaving, and northern Croatian gingerbread making).

I scoured the list and was disappointed to see that the United States has never been represented! So I decided to make a decidedly unofficial list of my own:

-The Halloween tradition—trick-or-treating and pumpkin carving

-The Thanksgiving feast—turkey and all the fixings

Which intangible aspects of American culture would you add to the list?

The world's most beautiful castles

The world's most beautiful lakes

Bring your laptop, iPad, or other favorite device: From November 20 to January 2, all passengers flying domestically on AirTran, Delta, and Virgin America get free in-flight Wi-Fi. Normally, Wi-Fi on these planes, provided by the Gogo Inflight service, costs between $4.95 to $12.95 per flight. But, thanks to a partnership with Google Chrome, AirTran, Delta, and Virgin America&mdash;which have all outfitted their entire fleets with Wi-Fi&mdash;are allowing passengers to log on at no charge for the upcoming holiday season. Google sponsored a similar free Wi-Fi promotion last year, with free Internet at dozens of U.S. airports and on board Virgin America planes. This year, there are no special freebies at airports (nothing's been announced yet anyway), but some 15 million passengers will have access to free Wi-Fi on more than 700 AirTran, Delta, and Virgin America planes. MORE FROM BUDGET TRAVEL Trip Coach: Holiday Travel Southwest undercuts competition with $5 in-flight Wi-Fi Wired Traveler's Handbook: Wi-Fi in the Sky 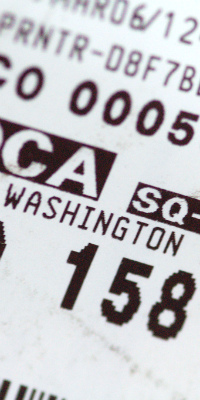 You may be tagging your own bags soon

This month, Boston's Logan airport will be the first in the nation to ask passengers to tag their own bags. On some flights on American Airlines and Air Canada, passengers will be encouraged to use kiosks to print their own luggage routing tags. Delta plans to test the same service, but it hasn't yet announced at which airport. Here's how it will work: You'll go to a kiosk and print your boarding pass and luggage tag at the same time. Then you'll go to a counter agent, who will check your ID, scan the tag to confirm it's legit, and place your bag on a conveyor belt. X-ray screening then takes place behind the scenes. You still have to see an official, so it's not clear to me how this saves time for fliers. In Europe and Canada, do-it-yourself passenger bag tagging is already common. At some airports, kiosks can even scan passports to authenticate IDs, making counter agents unnecessary. Passenger bag tagging should shorten the line for checking in. The airlines usually don't have enough staff to handle the traffic at peak times as it is. No word yet on whether airlines will soon start charging a $10 tagging fee unless you screen your bags yourself and then load them into the plane's hold. 'Tag your own' luggage plans [Boston Herald] Airlines may test do-it-yourself traveler bag tagging [USA Today] MORE FROM BUDGET TRAVEL Confessions Of&hellip; A Baggage Handler Breeze Through Security With TSA-Friendly Fragrance Products Winners of the Ultimate Packing Smackdown 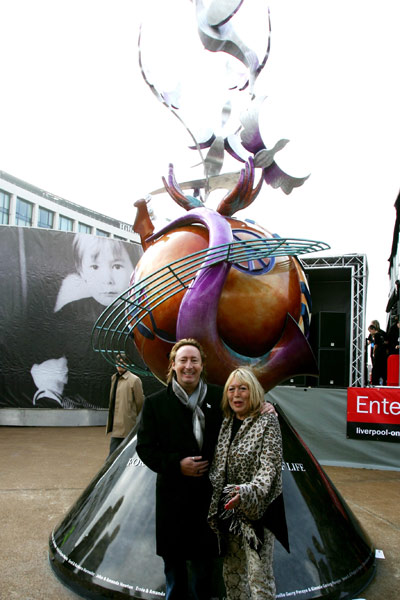 Liverpool is an essential stop on any Beatles-inspired journey, and the birthplace of the band is offering the perfect excuse to make the trip across the pond now&mdash;especially if John is your fave of the Fab Four. Earlier this month, Liverpool launched a two-month-long cultural program honoring the life of former Beatle John Lennon through a series of live music, film, poetry, and art events. Dubbed John Lennon Tribute Season, the celebration kicked off October 9&mdash;what would have been Lennon's 70th birthday&mdash;and runs through December 9, the day after the 30th anniversary of his assassination. Leading things off on October 9, Lennon's first wife, Cynthia, and their son, Julian, unveiled the city's newest Beatles-related artifact: an 18-foot peace monument, Peace and Harmony, dedicated to Lennon and now on permanent display in Chavasse Park, a five-acre green space in the city center. Commissioned by the Global Peace Initiative as part of a program to put a peace monument on every continent, the metal sculpture incorporates themes of music and peace, along with a white feather (a symbol of personal significance to the musician). Other noteworthy tribute events include: "Astrid Kirchherr: A Retrospective," an exhibit of photography by Kirchherr, an early Beatles photographer and the girlfriend of original band member Stuart Sutcliffe, at the University of Liverpool's Victoria Gallery &amp; Museum through January 2011 (free), and Lennon by Bob Eaton, a musical biography playing through November 13 at the Royal Court Liverpool (from $16). Bed-In at the Bluecoat commemorates Lennon's activist side, with a daily re-creation of Lennon and Yoko Ono's 1969 peace protest at the Bluecoat creative arts center; each day, a different set of performers, artists, and organizations will promote peace, tolerance, and nonviolent protest in a new way from, of course, a bed (free). Capping off the tribute season is a memorial concert, Lennon Remembered, on December 9 at Echo Arena Liverpool. The show will highlight nine stages of Lennon's life, with performances by people who knew and worked with him, including members of his first band, the Quarrymen, and Plastic Ono Band drummer Alan White, who played on "Instant Karma" and "Imagine" and later joined the band Yes (from $31). Go here for a full list of John Lennon Tribute Season events. For more info about what to do in Liverpool, visit the city's tourism site. Where to stay: There's nowhere more appropriate than the Hard Days Night Hotel. The penthouse Lennon Suite, inspired by "Imagine" and decked out in a dominant white color palette with a white baby grand piano, might be a bit out of your price range ($1,185 a night!), but there's more than enough Beatles memorabilia to enjoy throughout the rest of the hotel&mdash;even if you don't stay there, it's definitely worth a visit. Getting there: Liverpool is just over two hours from London by train (Virgin Trains, from $17.50 each way).

Shoes on? Shoes off? Can I keep my sweatshirt on? What about a sweater? Do I have to remove my baggie of approved liquids? Are empty water bottles okay? I consider myself an airport security line expert, yet I'm still often baffled by the near constant changes in TSA regulations. So let's check in with the TSA and see what they have in store for us the next time we going through security: NO NEED TO REMOVE THAT COMPUTER Apple's ultra-sleek 11-inch MacBook Air is allowed to stay in your backpack or carry-on when going through airport security. This sets the machine apart from other laptops, which&mdash;as you're probably aware&mdash;must be removed for inspection. It turns out this light-as-air gadget is being classified alongside iPads, e-readers, and netbooks as checkpoint-friendly. And it all comes down to a simple matter of size. (I know I should be singing the praises of this development, because we're all taught to cherish every valuable millisecond saved during the security check process. But I, for one, don't mind the one or two seconds it takes to unzip my bag and remove a laptop.) EXACT NAMES REQUIRED EARLY Under the TSA's new Secure Flight Program, all passengers are required to provide name, date of birth, and gender 72 hours before a flight. Names will then be screened against a terror watch list. It won't feel like much of a change&mdash;you'll just provide this information during the ticket-buying process. One thing to watch out for: your name must exactly match the name on your passport or government-issued ID. Make sure to watch out for nicknames and those pesky middle initials. UPDATED PAT-DOWN PROCEDURES Passengers might get a little touchy about this next one. The TSA has updated its pat-down procedures for passengers who set off the metal detector and then refuse to go through the new, full-body scanners. Agents used to use only the backs of their hands, but now fronts of hands are allowed. And they can go farther than ever before. Without getting too graphic, as long as agents are patting you down over your clothes, no part of the body is off limits. Needless to say, representatives from the American Civil Liberties Union are up in arms. Somehow it makes the full body scan sound almost pleasant by comparison!