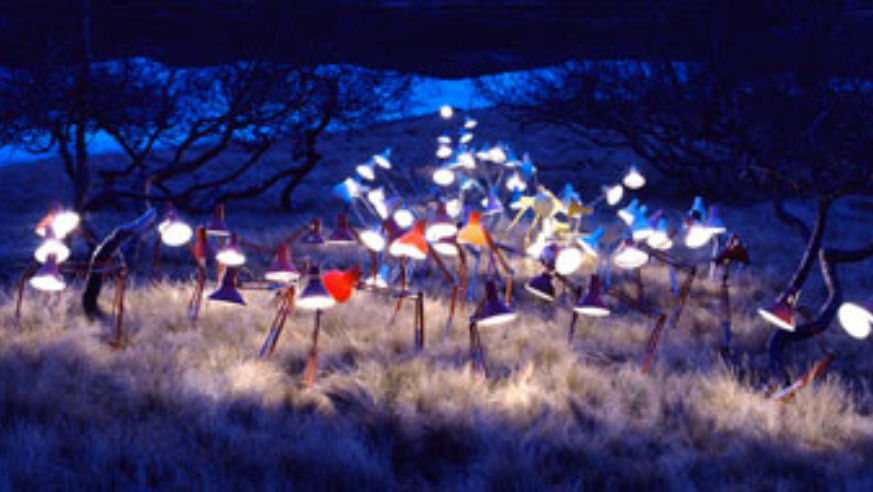 Courtesy Nuit Blanche
"Don't Leave the Lights On" by Rune Guneriussen. To be seen in the Parc des Buttes Chaumont

Bertrand Delanoë will probably go down in Paris history as "The Fun Mayor." Under his leadership, the city has launched Paris Plages and the Velib' bike-sharing program.

The city has also begun Nuit Blanche, an annual celebration of contemporary art. Nuit blanche means sleepless night, so you won't be surprised to learn that the event takes place in the wee hours. This Saturday (Oct. 3), installations will be open for free. Public viewing begins at 7 p.m. But most of the hundreds of thousands of visitors will opt for after-Midnight art. Curious minds and culture vultures will be packing the streets until close at 7 a.m.

This eighth edition of the Nuit Blanche festival will be centered around three neighborhoods in Paris. Châtelet-Marais and the Latin Quarter are to be expected, but 2009 also features an extraordinary trail through the 19th arrondissement. This northeastern side of the city, which houses more working artists than any other, will host a smattering of sites in and around the Parc des Buttes Chaumont. This wild and hilly landscape, which long ago inspired surrealists like André Breton, will filled with light installations (and probably a few libations) until the sun comes up. Download the full program in English, if you like.

Practical Info: For the night of Nuit Blanche, the Paris Métro (subway) line 14 will be running all night. Line 11 (which runs northeast from the center toward the Parc des Buttes Chaumont) will also run all night, except for stations at République and Belleville. All other lines will close around 2 a.m. Taxis will be almost impossible to find, so plan to walk, bike, or use the Métro.