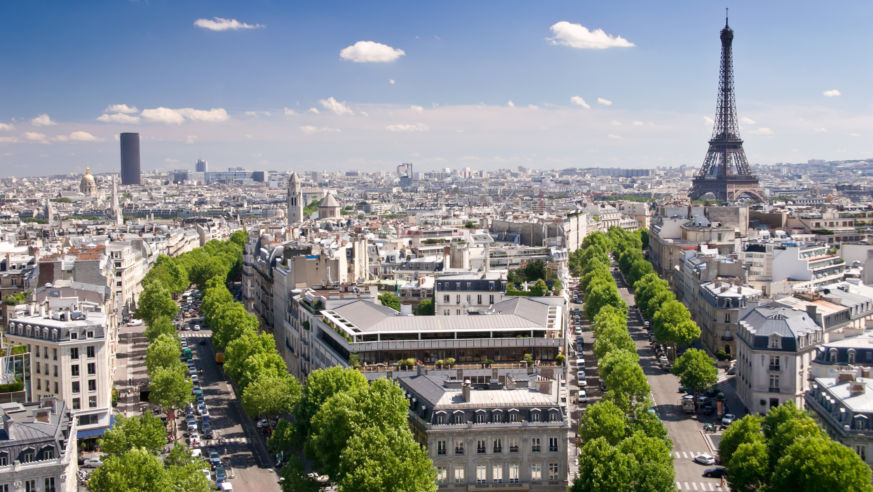 Opening a child's eyes to the world is a great joy for parents. But there are some places that are best experienced without little ones in tow. Here are eight great destinations to hit before you have to worry about anyone's nap schedule but your own.

Having kids doesn't mean you can never travel again, of course. Yet once you've gone from packing a suitcase and two carry-ons to dealing with travel cribs, car seats, strollers, and diaper bags (not to mention the snacks, changes of clothing, and toys needed to make it through a six-hour flight), you'll be asking yourself—why didn't we do this before we had kids? These are not babymoons, per se, which are best spent relaxing on the beach. These eight places are where you'll want to be on your own schedule to get adventurous, sample the local wines, and stay up into the wee hours.

The spectacular natural wonders and cool towns of New Zealand should be at the top of your pre-kids bucket list. Especially since they are a 13-hour flight away—and that's if you are coming from the West Coast (not to mention those flights typically cost more than $1,000 per person). Long haul flights are hard on everyone, and it will likely take kids longer to adjust to such a significant time change, cutting into your actual vacation time. Plus hopping between the North and South Island is mandatory if you want to see all the country has to offer. Do you really want to spend half your vacation repacking all the suitcases and searching under hotel beds for a lost lovey (or worse, realizing it's missing once you're at the next stop)?

Do it: You have a lot of ground to cover, so be sure to give yourself a lot of time see the sites. Start in Auckland on the North Island, where you can take the unbelievable elevator 610 feet up the Sky Tower for 360-degree views. Then either head north to the Bay of Islands for sailing and hiking, or you can go south to the town of Wellington. On the South Island, meet the locals in Christchurch and go wine tasting at the surrounding wineries. Get to know a different type of local in the town of Oamaru, where you can watch the blue penguins march back to their nests in the early evening.

Think the magical realm of Mickey and Minnie is just for kids? Think again. Going to Disney as an adult is a totally different experience than if you have toddlers (or even teens) along for the adventure. Some are obvious—not being relegated to the kiddie rides, not having to push a stroller around. Then there's the not having to go back to the hotel for nap and not having to decide between getting the kids dinner, bath, and into bed on time (and avoiding potential meltdowns) versus staying late for the awesome Main Street Electrical Light Parade. Disney has also caught on that they need to keep adults happy, too. That means things like gourmet restaurants. You can now even get a glass of wine with your dinner at Be Our Guest in the new Fantasyland section of the Magic Kingdom.

Do it: Another perk to traveling to Disney without kids is that you aren't beholden to school vacations (when prices are higher and crowds are denser). September and October are good times to go, and the temperatures will be a little more bearable as well. Even so, you might want to stay at a hotel further from the action and less aggressively family-friendly. There is a premium for avoiding characters after-hours, though. The Dolphin is a boat-ride away from Epcot and, though it's not run by Disney, offers perks like Extra Magic Hours and free parking at Disney parks (from $169 a night in late September). The Four Points by Sheraton is on International Drive and closer to Universal Orlando than the Disney Parks, but starts at just $124 a night in late September.

Is there anywhere more romantic than Paris? It's a city where you want to embrace the clichés and roll with them. Strolling the streets, hand-in-hand? Yes! Taking a sunset boat ride down the Seine? Mais oui! Trying to keep the kids from hurling frites at each other at the quaint outdoor café? Not so much. Go now and get all the nuzzling under the Eiffel Tower out of your system. Bring your future children back in a few years to see the amazing museums and historic sites—once they are out of their food-throwing phase, that is.

Do it: Stay in the charming, antique-filled Hotel de la Paix—one of our Secret Hotels of Paris—in the 14th arrondissement (from $130 per night). The centrally located hotel is within 20 minutes of the sites of Paris by Metro, and within walking distance of cafes and gardens.

There are lots of great scenic road trips in the U.S. (California's Route 1, the Blue Ridge Parkway), but why not go back to the original and travel along Route 66. Well, what's left of it (see below). Road trips may not scream romance for some, but there won't be much time after kids to really just enjoy each other's company—and control what's coming out of the car speakers. This also means no kids rolling their eyes at every retro diner you want to stop at for a patty melt and a milkshake. And, most importantly, no chorus of "are we there yet??" from the back seat.

Do it: To really, truly do this trip, you start in Santa Monica, California and drive the more than 2,000 miles to Chicago. It goes without saying that there is a lot to see along the way, from the Grand Canyon to the St. Louis Arch. The midpoint is the town of Adrian, Texas, home to the MidPoint Café and its famous pies and kitschy decor. The longest section of the original Route 66 starts northeast of Oklahoma City. Be sure to stop at the Route 66 Museum in OKC before you head out.

Quick—why do people go to Napa? The wineries, of course. And there are more than 400 of them. That means days filled with sampling the Chardonnay, Pinot Noir, and Merlot. Which doesn't exactly scream "kid-friendly." Those tastings are best accompanied with the other local bounty. Munch on artisanal treats from Oxbow Public Market during the day, then have dinner at Thomas Keller's Bouchon Bistro. It's not French Laundry, of course, but entrees start around $20.

Do it: You can actually bike through—not just past—vineyards with a tour from Napa Valley Bike Tours ($154 per person, not including tastings). Or use your two feet to walk around Downtown Napa. The Wine Tasting Card gets you samples at 12 tasting rooms ($25, plus 10 cents per taste). Either way, you'll be pretty tired at the end of the day. Retire to one of the 13 rooms at Yountville's Maison Fleurie, where the day starts with blueberry pancakes or artichoke quiche (from $150 per night).

In general, trips to destinations where casinos are a big part of the draw are hard with kids (since this is an 18-and-up activity done in smoky surroundings, after all). Chances are there will be a chance for a guys' weekend or a girlfriend getaway to Vegas in the future. So why not go for it and try your luck in Macao? This former Portuguese colony is about 40 miles from Hong Kong and has grown to be one of the top gambling destinations in the world (a cameo in the latest Bond flick helped raise its profile, as well).

Do it: Outposts of Vegas hotels like the Venetian and the Wynn have opened in Macao in the last decade. Instead, try the Hotel Lisboa (from $120 per night). The hotel has expanded greatly since it opened way back in 1970 and now has more than 1,000 rooms, 15 restaurants, plus a casino on site. Its most famous feature? The roulette-wheel roof.

The world's most sacred temples are meant for quiet contemplation and obviously should be treated with the utmost respect. Something that even the most angelic children might find difficult. Which is why now is the time to take a journey to Angkor Wat, outside Siem Reap in northern Cambodia. The complex spreads over a stunning 494,000 acres with archaeological relics dating back to the 9th century and iconic Cambodian Khmer architecture. You will want to give yourself three days to see the complex, and keep in mind that heat and humidity will keep your days short.

Do it: Angkor Wat is just a couple miles from Siem Reap, and easily reached by taxi (about $25). There are many hotels in Siem Reap. Spend a little bit more than your usual budget and stay at the Shinta Mani (from $170 per night). The boutique hotel is part of the Shinta Mani Foundation, which supports local education, health care, and small-businesses initiatives, and a portion of your room fee goes to the organization.

Cruises usually make the top of lists for family travel. But a transatlantic cruise is different. They are usually more than a couple weeks in length, and involve many days and nights at sea. While to you that means more time to lay by the pool and do absolutely nothing more strenuous than ordering a cocktail, the kids could get a little stir crazy (no matter how awesome the kids' club is). The shore excursions are obviously minimal with these cruises as well, of course, but they often stop at lesser-used ports, adding to the adventure.

Do it: Princess Cruises's 17-dayPassage to Europe on the Crown Princess launches from Galveston, TX and ends in Southampton, England (from $1,089 per person). After calling in Fort Lauderdale, the next stop is Ponta Delgada in the Azores.