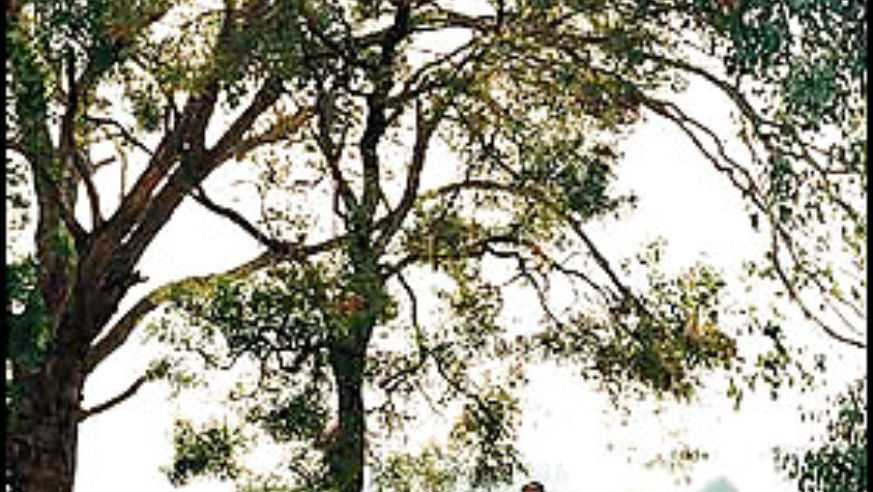 You don't have to like wine to enjoy this region northeast of Melbourne (but it helps). Just check in to one of these friendly retreats and drop out in style.

DIXONSCREEK
Immerse in the Yarra Valley
Former corporate couple Stephen and Helen Myles visited the Yarra Valley for the first time in 2000, and a mere 24 hours later they bought an abandoned vineyard called Lovey's. Soon after, they renovated what had been the top floor of a mansion in suburban Melbourne (which had been relocated to the Yarra Valley by the original owner about two years before). At the new "wine lifestyle retreat," the five guest rooms cater to different personalities (No. 1 features an array of early-Australian antiques; No. 2 is decked out floor-to-ceiling in provocative reds). Most have tin ceilings, big Jacuzzis, and terraces opening onto the 48 acres, and all of the rooms have double doors that reveal bathrooms. Sympathetic to overworked urbanites, the Myleses have put together a menu of appealing vacation packages for guests to choose from (including gourmet picnics, hot-air-balloon excursions, and treatments at the hotel's in-house spa), though they'll also customize travel plans for anyone who asks. With the addition of 10 new guest rooms in 2007, Immerse in the Yarra Valley will become one of the region's larger inns, but guests will still run the show. "If you want to be alone, then we'll leave you alone," says Stephen. "But if you want to be spoiled, we'll spoil you." 1548 Melba Hwy., 011-61/3-5965-2444, immerse.com.au, $173 weekdays; weekend packages start at $289 per night.

HEALESVILLE
Healesville Hotel
While the Healesville's restored 1910 dining room features $33 steaks and its bar stocks bottles of Pol Roger champagne, the seven rooms up the worn wooden staircase have few amenities and share bathrooms at the end of the hall. The first step in making sense of this peculiar situation is learning that a "hotel" in Australia was historically not primarily a place to spend the night--it was a pub that might or might not have rooms for rent. At many old-school hotels these days, the presence of electronic poker machines and drive-through liquor stores preempts any rustic charm. But husband and wife Michael Kennedy and Kylie Balharrie saw real possibility in the Healesville, in the Yarra Valley's biggest town. Over the six labor-intensive years that the hipster restaurateurs have owned the business, they've spawned a mini Healesville empire, comprising the hotel's nationally renowned Dining Room; the casual Harvest Food and Wine Room, with its adjoining wood-paneled bar; a beer garden out back; Healesville Harvest, a café and shop next door; and now even a butcher shop. "We're food and wine people," says Michael proudly. "She's food, I'm wine." Upstairs, rooms come in contemporary hues (burnt orange, mustard yellow, and olive green) and the crisp linens atop the queen-size beds would suit rooms twice the price. The luxuries are limited, but there's something refreshing about a hotel room that costs less than a bottle of wine at an upscale restaurant. 256 Maroondah Hwy., 011-61/3-5962-4002, healesvillehotel.com.au, $82 weekdays, $112 Friday, $255 Saturday (package includes three-course dinner for two).

Kangaroo Ridge Retreat
The accolades come in pairs. Jacky and Toby, Simone and Simon, Lance and Michael, and loads of gushing couples like them are immortalized in Kangaroo Ridge's leather-bound guest books. Staying in one of the two mud-brick, cedar, and glass cabins is like playing eccentric millionaire for the day. Owner Olga Szymiczek (a wine country veteran who has served as a manager at regional standouts like Coldstream Hills and TarraWarra Estate) has decorated the cabins with Chinese and Japanese antiques, fabrics from Thailand, and handwoven Pakistani rugs. The secluded property is deep in the bush, at the end of a winding road that separates town from farm country. Kangaroos are indeed at home on the wooded hillsides, as are wombats and wallabies. You can look for the animals (and admire the stars) from the triangular balconies that jut out above the trees, or through the picture windows that line the spa baths. This kind of splendid isolation shouldn't be disturbed, and luckily guests don't have to drive down the hill in search of food. A cheese platter greets you upon arrival, each cabin's kitchenette is stocked with breakfast provisions, and for $35 extra Olga will put together a BBQ hamper for two with plump steaks and sausages ready for you to throw on the outdoor grill. 38 Turners Ln., 011-61/3-5962-1122, kangarooridge.com.au, $190 weekdays ($173 for midweek stays of three nights or longer), $224 weekends.

Mount RaelRetreat
Each of the five suites at Mount Rael Retreat has its own subtle style. There's the Shecky, with somber furnishings offset by a fuzzy purple rug and African tribal art; the Louie, a springy bungalow painted in a palette of greens; the Tzar, modeled on a 1950s smoking lounge; the Tane, the largest room but with the fewest high-design toys; and the Sharman, where the views are dazzling and the sparkling wine is part of the deal. The vintage furnishings and objets d'art were part of co-owner Sean Lee's personal collection. "Pretty much all we had to do was buy five beds," he says, explaining how he and his partners transformed what had been a mountaintop lodge with peeling paint and lace curtains into quite possibly the most impressive design feat in the valley. Regulars flip through back issues of Wallpaper while waiting for tables at on-site Restaurant 3777, where dinner might include a tart of locally grown zucchini flowers, crispy-skinned duck breast with a sweet-potato-and-orange raviolo, and, for dessert, a marquise made with chocolate from Kennedy & Wilson in the nearby town of Coldstream. Outside, the restaurant's terrace takes in 180-degree views of Mount Riddell, Mount Donna Buang, and the Great Dividing Range. 140 Healesville-Yarra Glen Rd., 011-61/3-5962-1977, mtrael.com.au, $173-$302, with continental breakfast (discounts sometimes available midweek).

Outlook Hill
The vineyard at Outlook Hill is dotted with a trio of midnight-blue wooden cottages, as well as a rustic building that houses a tasting room and restaurant. Two of the cottages (which can sleep up to four) are outfitted with kitchens stocked for breakfast and snacks, spa-quality bathrooms, potbelly stoves for warming up in winter, and retractable doors that open onto an expansive deck. The third is the same size but set up for just one couple, making it a contender for the world's biggest hotel suite. There are two chocolate-brown couches with embroidered blue and beige throw pillows, a kitchen with a 10-foot counter, a wooden dining table fit for a dinner party, and a bedroom closed off by French doors. Owners Lydia Snow (a marketing consultant) and her husband, Peter (a former accountant), have brought in two strong personalities to run Cru Restaurant: Gil Spence (a veteran of the Conran Group in London) manages, while Leonard Kusnezow (known throughout the valley for inventive dishes like duck-and-porcini agnolotti) cooks. The narrow dirt road to the vineyard can't accommodate large tour buses, which is appreciated by discerning locals, who favor Outlook Hill when they need a break from the crowds. 97 School Ln., 011-61/3-5962-2890, outlookhill.com.au, $190 weekdays ($173 per night for two or more nights), $224 weekends (two-night minimum on weekends).

SEVILLE
Ainsworth Estate Winery
The best days to visit Ainsworth Estate, a working vineyard and inn, are Tuesdays and Wednesdays, when there are no wine-touring groups and even owners Kerri and Denis Craig take off, giving guests the run of the place. On working days, the Craigs pour samples of their unoaked chardonnay and Shiraz, which you can supplement with antipasto platters or even a full meal at the restaurant, which is open for lunch Thursday through Monday and for dinner on Saturdays. The three adjacent apartments (laid out as duplexes, each with an elevated sleeping area and a lounge below) are aligned in such a way that if your neighbors wanted to invade your privacy, they'd really have to work at it. Amenities at Ainsworth Estate Winery are generic but reliable: a television with a VCR in front of a plush purple couch, and a fully equipped kitchen with breakfast provisions in the fridge; the Yarra Suite also has a hot tub for two. There are so many windows that you could take in the unobstructed vineyard view from the bed. Wander through the grapevines and you'll meet the ducks and frogs that jump in and out of the irrigation reservoir. This patch of rural terrain off the Warburton Highway is home to a cluster of other family-owned wineries; if you only have time for two, make a beeline for Seville Hill and Five Oaks. 110 Ducks Ln., 011-61/3-5964-4711, ainsworth-estate.com.au, $164-$173 midweek, $195-$213 weekends (two-night minimum on weekends).