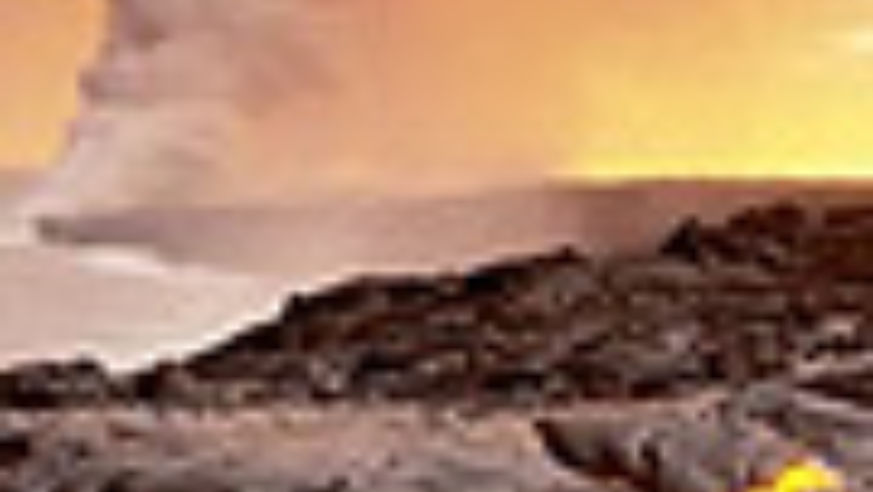 Year after year, the Big Island consistently affords the rare opportunity to watch lava in action. And best of all, you get to check out the show without having to run for your life

The Hawaiian Islands were formed millions of years ago by volcanoes beneath the Pacific, and the job still isn't done. Hawaii, or the Big Island, continues to grow thanks to Kilauea, the particularly active volcano on its southeastern shore. Around 600 acres of land have been added in the past two decades alone.

The park entrance is two hours by car from the resort area of Kailua-Kona, and 45 minutes from the port town of Hilo. Both are served with flights from Honolulu; nonstops from Kona connect daily to the mainland. Park admission is $10 per carload, good for seven days (808/985-6000, nps.gov/havo).

Crater Rim Drive loops around the park's centerpiece: Kilauea Caldera, a crater nearly three miles across and 400 feet deep. A short walk off the road, the Halemaumau Overlook features the best views. Further along is a parking lot bordered on one side by the Thurston Lava Tube, a spooky tunnel that you can walk through, and on the other side by the Kilauea Iki Trail, which leads across a black lava lake that still emits steam.

To see lava on the move, turn off the main loop onto Chain of Craters Road, a route that winds past black landscapes with "lava trees" (fingerlike, lava-covered trees) interspersed with rain forest, before ending at a ranger station. If rangers say it's OK, you can walk on gravel for a few hundred yards to where the road succumbed to lava flows in 2003. A marked trail continues over uneven mounds of hardened lava; a billowing plume of steam caused by lava hitting the water will be visible at the shoreline.

The best lava shows are after dark. Even if you can't get close enough to see lava oozing, the sky will glow an eerie red. One flashlight per person is essential if you want to hike and see more. To increase your chances of spotting lava, take a guided, full-day hike to the latest flows from Arnott's Lodge and Hiking Adventures (808/969-7097, arnottslodge.com, $80). The lazy, all-but-guaranteed way to see lava is by hopping a helicopter ride from Hilo with Blue Hawaiian (800/745-2583, bluehawaiian.com, $210) or Sunshine Helicopters (800/469-3000, sunshinehelicopters.com, $202). Both give discounts for online bookings.

Jack Thompson is the only person still living in a neighborhood surrounded by lava fields on the park's east side. The curious can check out Thompson's Lava House and even stay over for $100 a night (808/937-4282). The hike to the house takes about an hour from the end of Hwy. 130.