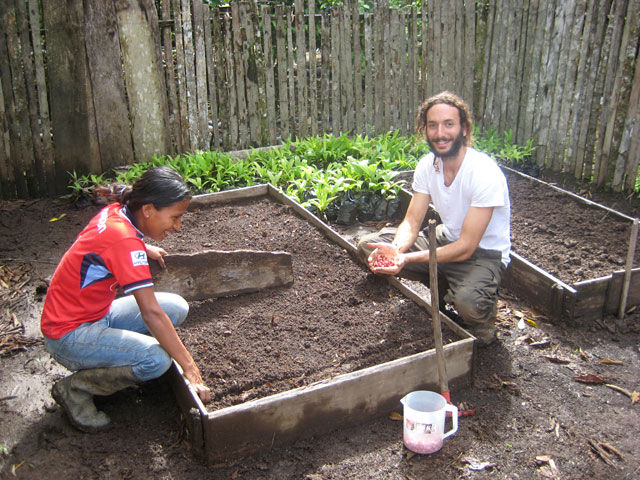 After Zak Stern graduated from Florida State University in 2007, he found himself contemplating a time-honored question: Should I postpone my job-hunt and head to graduate school instead?

Stern chose to postpone entering "the real world." He enrolled in pharmacy school as an alternative. But he had doubts immediately. As he recalls it, "I was 22 years old, wearing a white coat and tie, and paying $16,000 a semester to learn about benign prostate hyperplasia (enlarged prostate). Meanwhile, I felt like I knew so little about life."

So Stern withdrew from graduate school after his first semester. "The call of the wild consumed me," he says. "I decided that while my prostate was still small, I needed to live my life to the fullest. Since then, I've been traveling the world learning how to live off the fat of the land—best decision of my life."

Stern found an organization called WWOOF (World Wide Opportunities on Organic Farms)—a resource that helps people find work on organic farms, schools, hostels or just families that need help building a garden. WWOOF has access to farms in 43 countries where you volunteer in exchange for food and shelter.

In the beginning, Stern knew nothing about farming. So he began WWOOFing in South Florida in the winter of 2008 with the idea of moving up the East Coast, as the seasons changed. He WWOOFed for three months at Bee Heaven Farm in Homestead, Fla., a five-acre family farm that was running a CSA (community supported agriculture) and three local farmer's markets.

"I would wake up around 7 a.m., eat some oatmeal in the barn, and then begin weeding and mulching rows of lacinato kale and rainbow chard," he says.

After three or four hours of work, Stern would break for lunch, which he and his fellow WWOOFers prepared by themselves. After that, he worked another two to three hours harvesting heirloom tomatoes, eggplants, and pole beans for the farmers market the next day.

With three others working with him on the farm, and all the food not sold as theirs to eat, it was like Iron Chef every night.

"We had a chocolate custard-like fruit called Sapote Negro, a milky lychee-like fruit called caimito, carambolas, guavas, avocados, exotic Asian greens, Romanesco broccoli, and so on and so on—the rewards of working on a farm in a tropical climate," he says. "After dinner, I typically had just enough energy to read a few chapters in a book before wanting to crawl into my teepee and rest my bones."

But working on any type of farm is hard work, and WWOOFing isn't considered a vacation. "Whether you're on the coast of Spain on an olive farm or the Great Plains farming corn, manual labor is manual labor," he says. Yet the exhaustion made him feel even more alive.

After his time in Florida, Stern headed north to manage the Hostel in the Forest, an environmental teaching hostel in southern Georgia. He worked there for seven months as manager.

Stern also volunteered with the Shuar tribe in the Amazon of Ecuador for one month. There he'd go hunting with blow darts. He spent another month WWOOFing on a non-profit organic farm in Ahmednagar, India.

Working on a farm for at least two weeks works best for both the WWOOFer and the host. Two weeks is a long enough period of time to see if the farm best suits your interests.

Hosts typically give preference to WWOOFers who are willing to commit to longer periods of time. Hosts expect you to work four to six hours a day and five to six days a week. Many farms host one or two other volunteers as well.

Individual countries usually have their own national WWOOF organization to register with. Each national organization has its own membership fee, which is usually about $20 a year. Once you sign up, you'll receive a list of farms within that country. Pick a farm that suits your interests, and contact the host a few months before your trip.

You must be 18 years or older and have a valid visa.

Stern begins another WWOOFing trip in August. He starts in Sweden at a number of different bakeries to learn the art of sourdough bread. Then he'll head to France, which has more than 400 registered WWOOF farms, to learn how to make cheese. He'll eventually head back over to Italy, with more than 300 WWOOF farms, to grow grapes and ferment wine.

"I will hitchhike, camp, and couch surf my way from farm to farm," he said. "My budget is low and my time is unlimited."

WHAT TO KNOW MORE?

Volunteer Vacations: A First-Person Account, at a Singapore Orphanage 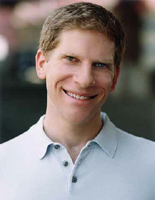 When Rob Grader worked at a temporary job as an unemployed actor, he had to figure out a way to look like he was busy, or else they would give him some real work to do. So he wrote The Cheap Bastard's Guide to New York City&mdash;an extensive guide to living and visiting the city relatively cost-free&mdash;during his work hours. "I am as cheap as they come and there is nothing that thrills me for than getting something for nothing," Grader told Budget Travel. Grader also threw us a couple of his favorite finds in the city: Big Apple Greeter is a non-profit organization that provides visitors with a personalized guided tours by locals. Tours are offered in 22 languages and available in the five boroughs, completely free of charge and tip. Request a Greeter at least three to four weeks before arriving. The Postcrypt Coffeehouse can be found in the basement of St. Paul's Chapel on the campus of Columbia University. "This is absolutely the best place to hear acoustic music in New York," Grader told Budget Travel. "The small space holds about 35 people, and they get a great assortment of local and national singer/songwriters every weekend during the school year. And, there is always free popcorn!" (Performances are on Friday and Saturday nights and resume in September. Check out their blog for past shows.) For "some of the best jazz anywhere in the city," Parlor Jazz at Marjorie Eliot's is another sweet find located at her Washington Heights apartment (555 Edgecombe Ave) every Sunday afternoon at 4 p.m. Just show up at the door, but get there early for good seats. The jazz that's played ranges from traditional swing to bop, but leaves room for improvisation, of course. "The intimate concerts are always wonderful and the atmosphere is so welcoming you will feel like you are hanging our in a good friends living room, which you are," Grader said. (Call 212/781-6595 for the weekly show details.) Grader's book on New York was the first in the Cheap Bastard series. You can find out about other city guides at thecheapbastard.com. &mdash;David Cumming ALSO FREE IN NEW YORK CITY! Free bikes for downtown The free Times Square walking tour ELSEWHERE ON THE INTERNET The Cheapskate blog

NYC: Tim Burton artwork will take over MoMA in November

Fans of Tim Burton will be excited to learn that MOMA (The Museum of Modern Art) is planning an exhibition dedicated to the zany director. Opening in November, the exhibition "Tim Burton" will salute the director's 27-year career by displaying various items, from his pen and ink sketches of Edward Scissorhands to watercolor paintings from The Nightmare Before Christmas. More than 700 rare examples of his work will be on display from Nov. 22, 2009, through April 26, 2010. When museum curators expressed interest in displaying Burton's artwork at the MOMA&mdash;one of the world's foremost contemporary art collections&mdash;he was slightly surprised. "I didn't grow up in a real museum culture," Burton said at a press conference Wednesday. "I think I went to the Hollywood Wax Museum as my first museum&hellip;I was of that generation where I got more out of The Beverly Hillbillies than Monet." But the exhibition "Tim Burton," considered the largest monographic collection the MOMA has curated to date, isn't a feat to be modest about. It will consist of never-before-seen paintings, drawings, photographs, storyboards, puppets, costumes, and a film series, with the first public showing of his student and early nonprofessional films. From November 18&ndash;30, full-length features will be screened, too, including Pee-wee's Big Adventure and Sweeney Todd: The Demon Barber of Fleet Street. The exhibit takes a broad view of Burton's conceptual and production process, including original puppets from The Nightmare Before Christmas and Corpse Bride, severed-head props from Mars Attacks!, and costumes from Batman Returns and Sleepy Hollow. Burton said producing art was always a private and quiet process for him. He used his artwork as a subconscious journal to explore ideas over the years. So Burton is getting to re-discover some of the residual work he had kept hidden away in drawers for years. "Every now and then, and since I had never done it, it's good to kind of go back and reconnect with yourself," he told reporters yesterday. "It kind of re-energizes you and connects you and gets the nerve-endings going again." ("Tim Burton" opens November 22, 2009. moma.org, admission, $20 adults.) &mdash;David Cumming

Thanks for your terrific submissions of images from across France. Among the 19 photos we selected, check out a frozen-in-time village in the Loire Valley, lavender fields in Provence, and scenes of Paris that include a flower market, a sunrise over the Eiffel Tower, and an artist in Montmartre. Click here to see the slide show. GET PLANNING! Real Deals: France From $599 Hotels: Paris Hotels From $99

Rockland, Maine, really knows how to throw a party. In January, it was the Pies on Parade event, in celebration of National Pie Day. This weekend, the town is putting on the 62nd annual Maine Lobster Festival. These people are not afraid of butter. The Lobster Festival, a five-day event packed with traditional festival activities like food booths and live music, really tears through its namesake crustacean&mdash;in 2008, more than 20,000 pounds of lobster were prepared in a cooker on the shore (apparently a show in itself). Also indulge in the Lobster Crate Race, where participants run over partially submerged lobster crates in the chilly waters of the harbor. The new record&mdash;4,501 crates&mdash;was set just last year. There's also a seafood cooking contest, an art fair, a marine tent with live lobster and other sea specimens, a 10K run, a huge parade with floats, a children's activity area, and tours of the U.S. Coastal Guard station. See the full schedule. The festival officially kicks off tomorrow with free admission all day; tickets are regularly $8 per person ($2 for kids). At the food tents, a huge lobster dinner will set you back $15, but it doesn't get much fresher than "cooked on the shore." Parking and shuttles to the festival area are free and plentiful. If boats are more your style, check out the 7th Annual Boat Builders Festival (with live pirate raid!) in Boothbay Harbor, Maine&mdash;about 45 miles southwest of Rockland.