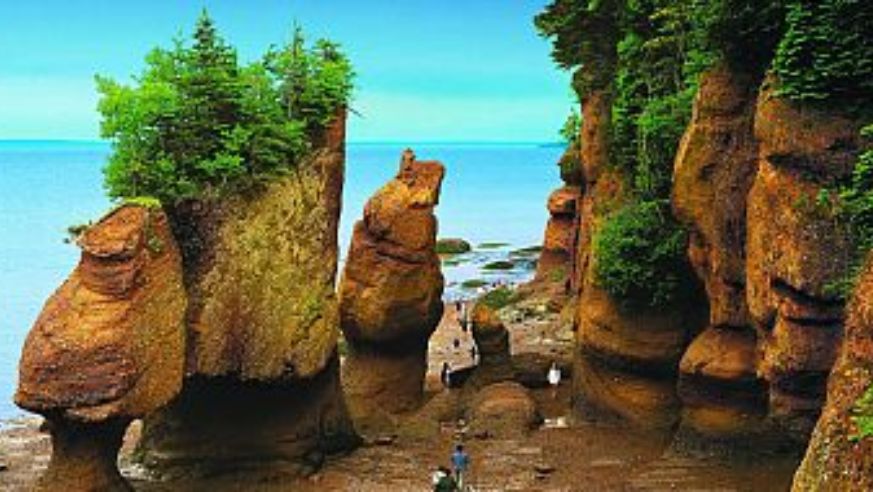 Even looking over the list of the 28 nominees, chosen in 2009 by a panel of experts—chaired by a former head of UNESCO—is a fun exercise for experienced travelers.

I've was surprised to find I've only been to eight, and my even more adventurous boyfriend has only been to 10, making me think we need to get off the beaten path more often.

Some of the nominees you will have heard of, have visited, or may have on your bucket list—the Grand Canyon, the Amazon, the Galapagos, Mount Kilimanjaro and the Great Barrier Reef, as examples.

But places like the Mid Volcanoes in Azerbaijan and Bu Tinah Island in the United Arab Emirates may come as a revelation—the latter is noteworthy as home to the second largest population of dugong, a threatened marine mammal.

I thought choosing the top seven would be a no-brainer. It's not. Reading the descriptions of the place you can't help but be amazed.

Of course being nominated for the list itself may encourage travel and actually being named a Wonder should mean a lot of additional visitors.

While this may pose a quandary to some sites in terms of dealing with additional crowds, most are touting the benefits of increased revenue and the boost to collecting money for preservation costs that tourists can bring.

"Getting to the top seven will really affect the numbers," Paul Gaudet, manager of interpreters at the Hopewell Rocks, the signature sight on the Bay of Fundy, told me on a recent visit.

The Bay, between Nova Scotia and New Brunswick, made the Wonders list as home to the highest tides in the world—some 100 billion tons of seawater flow in and out of the Bay twice a day, reaching the height of a four-story building.

"It's like a bathtub that sloshes to one side and the other every 6 ½ hours or so," Gaudet said. The Rocks currently gets about 185,000 annual visitors.

Making the list has meant a lot of press attention, and Gaudet declared the contest a positive thing, as he showed me a time-lapse of the tides sequence on an iPad, as we viewed imposing rock faces sculpted by the sea.

The Bay of Fundy, Dead Sea and some other locales have been doing some marketing, reminding people to vote. The Masurian Lake District in Poland, a district with more than 2,000 lakes, recently got a boost when Pope Benedict XVI publicly supported the nomination.

Voters have to pick seven candidates, to keep things fair. Adults and kids alike can make their choices online or by phone.

The contest is the brainchild of a Swiss-born, Canadian filmmaker and adventurer, Bernard Weber. The same 7 Wonders non-profit announced the seven man-made wonders in 2007, after voting by more than 100 million people—the winners were the Roman Colosseum, the Great Wall of China, Petra in Jordan, the Taj Mahal in India, Christ the Redeemer Statue in Brazil, Machu Picchu in Peru and the Pyramid at Chichen Itza in Mexico.

Seven Wonders of the World