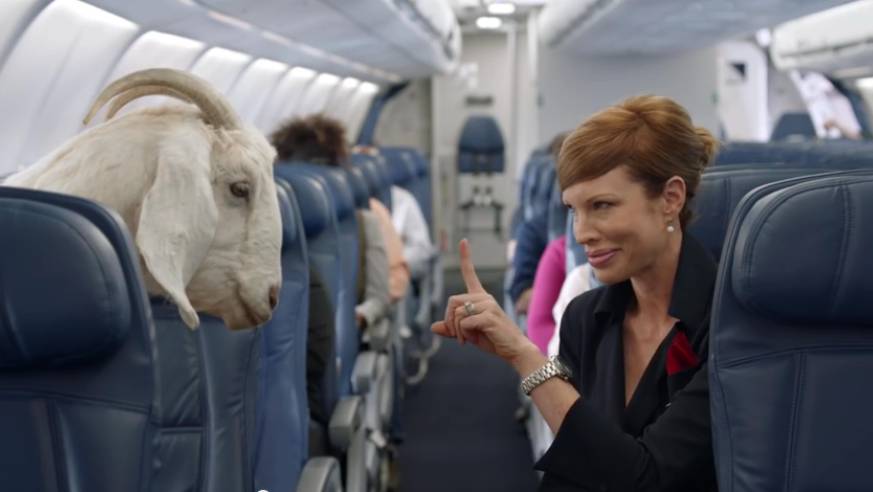 If you're a fan of viral internet memes, you are going to love Delta Air Lines' new safety video, dubbed "the Internetest safety video on the Internet."

What makes it so internety? The video, which began airing on Delta aircraft yesterday, features cameos from beloved Internet stars including Double Rainbow guy, Keyboard Cat, a Screaming Goat, and many more. Spot 'em all below!

Fun travel fact: Delta also gives props to one of its own viral stars in the video—popular redheaded flight attendant Deltalina (pictured above), who gained a cult following after her appearances in Delta's safety videos beginning in 2008.