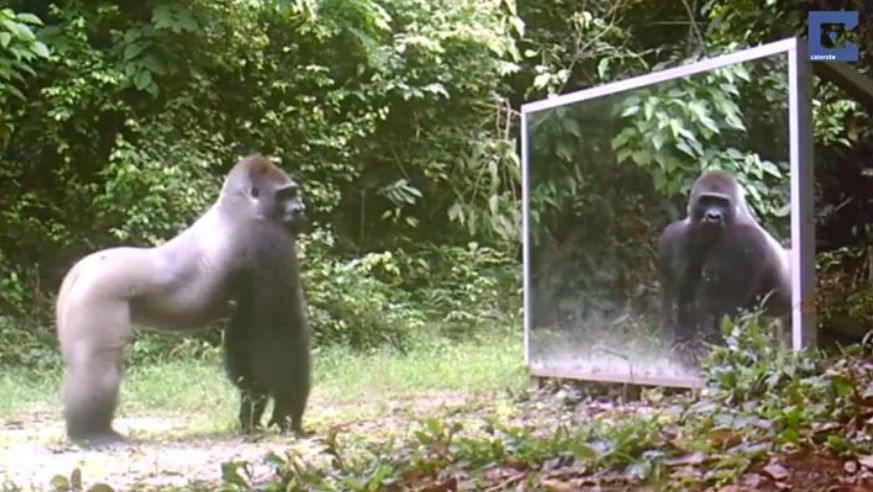 Can you really blame a silverback gorilla for trying to attack its own reflection?

In a fascinating experiment, French photographer Xavier Hubert Brierre placed mirrors and hidden cameras in the Gabon rain forest in Africa to capture the reactions of wild animals, the New York Post reports. Caught on tape: leopards, monkeys, birds, elephants, and a huge silverback gorilla who was none too pleased about seeing a "competitor."

Watch how the animals react below, and read on for tips on how you can visit Africa on a budget:

Want to go on a safari in Africa without cleaning out your savings account? Go during low season:

• East Africa's two rainy seasons are March/April through May/June, and October/November through December.
• South Africa's low season is when it's cold and drizzly in Cape Town, May through September.
• Namibia's and Botswana's shoulder months are May and November.

For more BT safari tips, read How to Find an Affordable African Safari, or check out our current travel deal forfive nights in Kenya, including airfare and safaris, for less than $2,400.