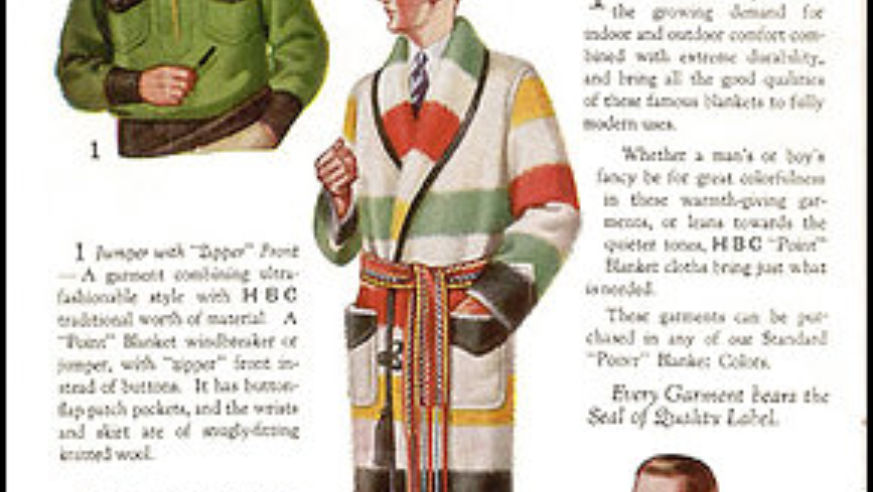 When it comes to chain stores, sameness rules. But visiting a foreign chain can give you a real sense of just how unique a place can be. Nowhere is this more true than Canada, where restaurants slather their fries in gravy and hockey gear takes up half a floor at department stores. Even the coffee tastes different--in the wonderfully same way.

Canadian retail begins with the huge department store the Bay, part of the Hudson's Bay Company, a massive chain with multiple floors (hbc.ca/bay, 98 locations). It sells Canada's must-have souvenir, the woolen Hudson's Bay Company blanket, similar to the ones the first explorers traded (from $205). Winners is Canada's answer to Ross: designer clothes for the entire family, at bargain prices (winners.ca, 168 locations). Laura Canada features upscale women's clothes; check here for the London Fog coat of your dreams (laura.ca, 141 locations). And make your yoga class gasp with envy after your trip to Lululemon Athletica for earthy, flattering gear and workout clothes (lululemon.com, 14 locations). There are two names to know for books and records: Chapters, Canada's answer to Borders, with British titles added to the mix and an extensive magazine selection (chapters.indigo.ca, 72 locations). And A&B Sound is a record store staffed by the types who can list the B sides of every hit single from the last 50 years (absound.ca, 22 locations).

For cheap and tasty coffee and doughnuts, locals head to Tim Hortons (timhortons.com, over 2,400 locations). U.S.-owned Wendy's bought the chain in 1995--and there are a growing number of locations in the States--but it remains a Canadian breakfast institution. Eggspectation's Eggwhat? Breakfast (yes, that's the name) will fill you up: corned beef hash, eggs, potatoes (eggspectation.ca, nine locations in the eastern provinces). For lunch, White Spot's fish-and-chips is only $7 (whitespot.ca, 57 locations, western provinces); or try Earls for its famous cedar-planked salmon (earls.ca, 50 locations in the western provinces). And prime rib at The Keg Steakhouse & Bar provides the making of a nice evening out (kegsteakhouse.com, 72 locations). Thanks to their British roots and cold climate, Canadians truly understand and value the importance of a good cup of coffee or tea, as Murchie's demonstrates (murchies.com, five locations, western provinces). Its Golden Jubilee tea was blended specially for the Queen (50 bags $9).

Canada lacks large nationwide hotel chains, but it does have some fine local mini-chains. British Columbia's Accent Inns have big rooms in three-diamond properties with the kind of thoughtful touches--drawer of business supplies, nice bathroom amenities--you'd expect in hotels twice the price (accentinns.com, five locations). Stay close to downtown Victoria and Vancouver for as low as $64, or head to their property in the Okanagan Valley (Canada's Napa), which offers winery tour packages. In the east, string together stays at Coastal Inns for a family-friendly Atlantic Canada road trip (coastalinns.com, seven locations).

Think of it as a Best Western with all the sports channels showing hockey. Or treat yourself to a night at Rodd Hotels & Resorts: 13 eastern locations, with a suite in a four-star property starting at $161 (rodd-hotels.ca).

How does VAT work?

Visitors to Canada can get a partial refund on GST/HST sales taxes, or value added taxes (VAT), on most purchases and accommodations. Here's how it works: If you spend more than CAD $200 and leave the country within 60 days, hang on to your receipts and have them stamped at the departure airport or border. (The refund only covers items over CAD $50.) Submit them with form GST176 (available from banks and tourist-info centers, or download it from cra-arc.gc.ca). It may take up to six weeks to get your refund, but the 7 percent discount is worth it.