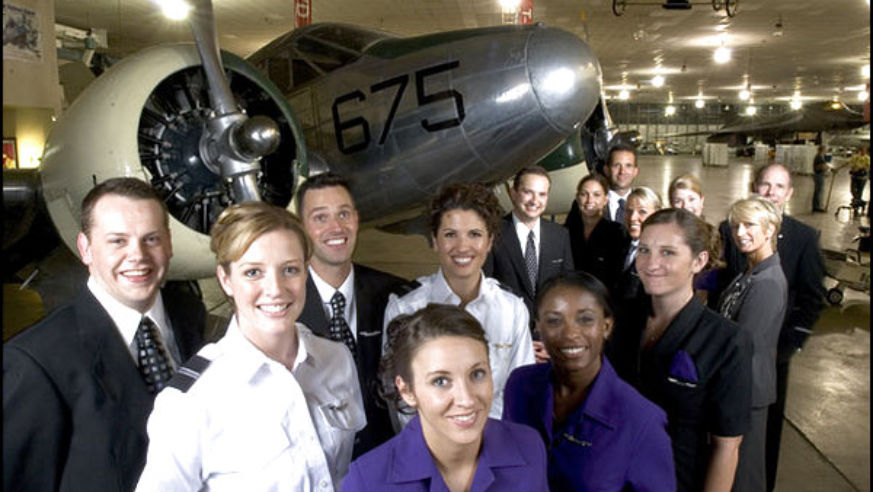 What do you get when you cross Airplane, B.A.S.I.C. Training, and Big Brother? Answer: Flight Attendant School. Tonight, the Travel Channel launches the newest show in the sardine-crowded reality programming on television. But this one promises to be a little different. It follows 40 Frontier Airlines flight attendants through six rigorous, and very real, weeks of training, with a special spotlight on eight classmates who bunk together in the same house. Cameras are with the trainees for the emergency drills, intense physical tests, and personality clashes as they earn their wings. The award-winning Denver-based Frontier Airlines is reputed to have one of the most demanding training programs in the industry, which is why we think the show has real potential to educate flying viewers about what goes on behind the scenes during flights, and teach them flight attendants do more than serve Coke and pretzels at 35,000 feet. In order to fly with audiences, Flight Attendant will have to entertain too. The show lands on television tonight, Jan. 12, at 9 and 9:30 PM (EST) on the Travel Channel.