What would make you boycott a state or country? 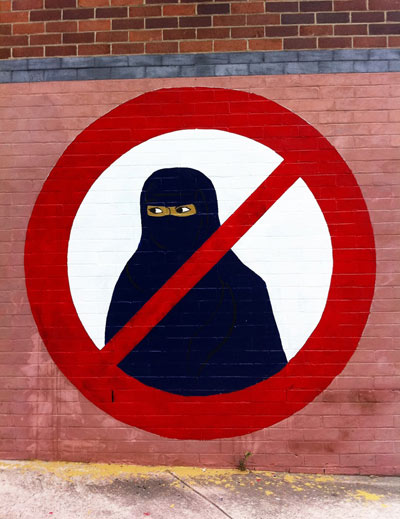 On Tuesday, Sept. 14, France went down in the history books as the first European country to ban veils that cover the face—namely, the burka that's worn by some Muslim women. This inflammable decision was won in a 246 to 1 vote by the French senate, with the government stating that the head-to-toe covering is "a new form of enslavement that the republic cannot accept on its soil." (CNN World) This new law will be enforced starting in the spring with a $190 dollar fine or a mandatory citizenship course, and a year in jail or $19,000 dollar fine if someone forces a woman to wear the traditional clothing.

Even though the majority of French citizens agree with this ban, France just can't ignore the fact that the reaction around the world is mixed. The ban is supported by European countries like Germany, Britain, Spain, and the Netherlands, but two out of three Americans disagree with the law and clearly it hasn't been well-received in the Middle East. Not surprisingly, a flurry of terrorist threats followed the announcement.

Now the question is, will tourism be affected? We're currently seeing this in Arizona, where about $90 million dollars have now been lost due to meetings and conventions being canceled by businesses protesting that state's strict immigration law.

And how about when a nation's human rights are threatened, like in Tibet (now the Tibet Autonomous Region) or Burma (now Myanmar)? Every traveler has the responsibility to consider their ethical beliefs about political protest at least once, and there are arguments for both sides of the issue. For instance, after the Dalai Lama and his government were exiled from Tibet, they still encouraged foreigners to visit their conquered land to act as witnesses to the oppression and inform others upon their return. But others argue that travelers will need to comply with the conquering regime in order to travel in Tibet, so visitors will be providing legitimacy to the occupying Chinese, and any money spent will eventually end up in the pockets of the Chinese enterprises that have headquarters outside of Tibet. Another option for travelers that are torn between the desire to see Tibetans, but are concerned about sponsoring the oppression, is to visit one of the adopted cities of the exiled—like Dharamsala in northern India, which is the current home of the Dalai Lama and is surrounded by Buddhist temples and beautiful views of snow-capped mountains.

So what's your take: Would you boycott a state or country out of political protest, and if so, what would it take?

Airline reviews: Find out if an airline is any good

A friend once asked whether a particular Asian airline was worth flying. Her favorite travel site had turned up several carriers flying to her destination at reasonable prices. But she hadn't flown one of them before. "What's the top site for airline reviews?" she asked. Sadly, no one site rates airlines the way TripAdvisor comprehensively rates hotels. I did my best to help my friend make a decision. But her question continued to gnaw at me. Is there a way to figure out if an unfamiliar airline is safe&hellip;and if it's comfortable? I turned to America's top expert on airlines, Brett Snyder of The Cranky Flier blog and The Cranky Concierge travel service. He had some super tips: I guess it depends on your definition of "quality." I would say that the first thing you'll want to do is make sure it's safe. You can look up accident information at aviation-safety.net, which is put together by the Flight Safety Foundation. Also, even if you aren't traveling in Europe, you can look at the European Union's airline blacklist. [See BT's earlier post on "196 airlines you should avoid"] This highlights airlines that aren't allowed to fly within the EU, but they might be flying elsewhere. If you're looking at flying an airline on that list, you might want to think twice. Once you're satisfied with the safety side of things, then you can start looking at other features. On-time performance is an important one, and you can look that up for many airlines at FlightStats.com. Here you can look up on time performance for the past 60 days for many flights, but if you're traveling on a very small or remote airline, it might not show up here if the airline doesn't actually have flight status information available. (That's not as rare as you'd hope.) There is a site called Skytrax which strangely enough is at www.airlinequality.com and not skytrax.com. Here airlines are ranked on quality and reviews are left by travelers so you can get an idea of what you're flight might be like. But this isn't perfect. The ratings aren't necessarily going to line up with what you want. I mean, Air New Zealand and Air Berlin are both four star airlines but the experiences are quite different. So you'll want to make sure you read the reviews. Lastly, you can resort to the old standby&mdash;just Google the airline. If there's something bad out there, it'll probably pop up in a Google search. Using all these tools, you should be able to build a pretty good picture of what an airline is likely to deliver. MORE FROM BUDGET TRAVEL 196 airlines you should avoid See our readers' picks for favorite and least favorite airline in our 2010 Reader's Choice Poll The least liked airline in America? (40+ comments)

Will trains replace planes in the next century?

Imagine that you were able to travel from New York to London in just 54 minutes&hellip;by train. As amazing as that sounds, talented engineers are saying that it's not impossible to design a magnetically levitated train that would zip at supersonic speeds through a floating tunnel 150 to 300 feet below the Atlantic. Yes, it would require an exorbitant amount of money (up to $50 million dollars per mile), and of course there are the safety concerns (traveling at supersonic speeds of 4,000-plus mph can create a sonic boom that would wreak havoc on the structure). But according to Frank Davidson, a former MIT researcher, "A transatlantic tunnel will be done. We just have to be as interested in it as we are in getting to the Moon." (Popular Science) Now let's get back to our current technology. Trains are getting faster and covering more distance, which we saw on Friday, Oct. 15, when Switzerland bumped out Japan for the world's longest rail tunnel. Called the Gotthard, this new 35-mile tunnel took 14 years and $10.1 billion dollars (or $1,300 for every man, woman, and child in Switzerland) to cut under the Swiss Alps. After reaching completion by the end of 2016, the Gotthard will carry passengers and freight at speeds of up to 155 mph, and slash one-and-a-half hours off travel time between Z&uuml;rich and Milan. With this recent engineering feat, and countries like China nearly doubling their high-speed electric train service by 2012, it begs the question of whether this is the future of travel? According to President Obama, it is. At the beginning of this year, he announced that the U.S. Department of Transportation will be awarding $8 billion to develop America's first nationwide program of high-speed passenger rail service. Currently there's only one true high-speed line, and that's Amtrak's Acela Express, but after making numerous stops at bottlenecked areas, the Acela averages lower speeds and is sometimes no faster than a local commuter train. But Amtrak's looking to revamp its service, and announced plans in September to add a Next-Generation High-Speed Rail line in the Northeast. This will cost a whopping $117 billion over the next 30 years, but will give passengers the option of traveling between Boston and D.C. in only three hours at 220 mph. This all sounds great&mdash;and should help cut emissions, ease traffic, and add positions to the job market&mdash;but it's yet to be seen whether Amtrak will receive the support it needs from Congress. Plus, critics of rail travel are saying that a major overhaul of the country's railroad infrastructure is still needed before becoming serious about adding service (since some areas haven't been upgraded in nearly a century). So what's your take: Is it about time that rail travel in America catches up with the rest of the world, or could the dollar be better spent elsewhere? And, what are your thoughts about a transatlantic tunnel? SEE MORE FROM BUDGET TRAVEL: Check out the highest train in the world! See America's most scenic train rides. 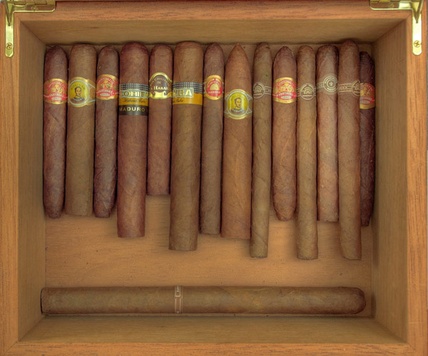 Ever wonder what kind of weird stuff gets confiscated at JFK airport?

A new photo exhibit in New York City shows exactly what gets confiscated: Cuban cigars, pirated DVDs, heroin, animal parts, hand grenades, bongs, and more. Now through the end of 2010, the Lever House Art Collection (on Park Avenue in midtown Manhattan, free) features the photographs of Taryn Simon. Last November, Simon spent five full days (24/7) at New York's JFK airport, where she photographed more than 1,000 items seized from airline passengers and mail packages entering the U.S. The resulting images are shown in a Lever House exhibition simply called "Contraband." The exhibit is an extension of the work Simon is probably best known for, "An American Index of the Hidden and Unfamiliar," in which she documented spots few people ever have a prayer of seeing in person -- CIA headquarters, inside a fully-armed nuclear submarine, and so forth. The "American Index," shown at the Whitney Museum in 2007, is now a book. So what's the strangest thing in Simon's new "Contraband" show? Hard to say, but the horse sausage and cow manure tooth powder have to be up at the top of the list. RELATED STORIES: Bizarre Traveler Behavior: Security officials at borders and airports sure see some strange things What the Beagle Knows: Why man's best friend is the smuggler's worst enemy 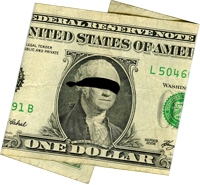 What is the strangest travel fee that you've encountered?

The single biggest news story in 2010 has been about all of the extra fees that airlines are charging as a way to supplement flagging revenues. In the second quarter alone, the airline industry picked up $2.1 billion in extra fees and charges. In our October Readers' Choice issue, on stands now, we reported the somewhat unsurprising news that among all the many clever new fees, your absolute least favorite charge was the dreaded baggage fee. (Fortunately, with some planning and the right bag it is possible to get by with a carry-on and avoid the checked-bag fee.) Consumers and travel industry professionals are starting to rally together. A collective of groups submitted a petition with thousands of signatures yesterday via the web site, MadAsHellAboutHiddenFees.com, to the Department of Transportation. The goal? To force the airline industry to create greater transparency about fees during the booking process. (Look for the final ruling in Spring 2011.) While baggage fees (and airlines in general) are getting most of our attention, I'm curious to hear about other weirdo charges you've noticed on a bill recently, whether on a cruise, at a hotel, or at the rental car checkout counter. What are some new and bizarre&mdash;and perhaps patently unfair&mdash;fees you've been stuck with in your travels?