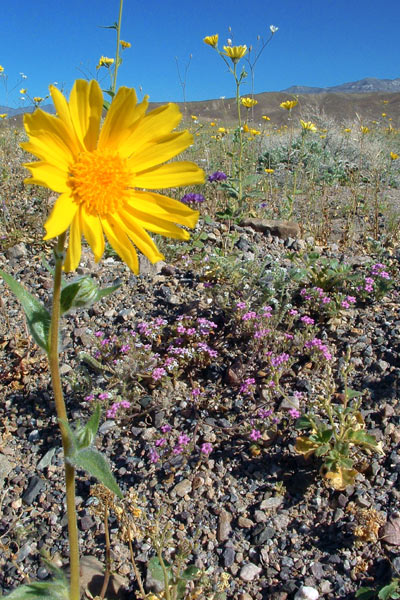 A 64-year old man had to crawl for days out of Canyonlands National Park in the Utah desert after he broke his leg. Amos Richards nearly died. He was lucky that intrepid rangers were able to find and rescue him. He had taken five liters of water and two power bars with him, and no rain jacket or other protective gear.

Richards' story comes during an overall bad year for park safety. At more popular Yellowstone National Park alone, 17 people have died so far this year. The most recent and sensational case happened earlier this summer, when a hiker in Yellowstone was killed by a mother grizzly bear—one of two such deadly attacks this summer.

Yesterday, an investigation revealed that the victim, Brian Matayoshi, 58, of Torrance, California, had not been carrying bear spray and had run, instead of standing still, when the bear approached—a definite no-no. Never run if a bear approaches, says the National Park Service.

The most common injuries and fatalities in the wilderness are sprained ankles and knees, according to national studies published in the American Medical Journal. If you're in a remote location, this can put you at risk of not being rescued.

As for deaths, the most common cause is falling. Abusing alcohol is also a "probable causative" factor in 40 percent of traumatic deaths.

Drowning counts for one in five fatalities, so careful swimming is also important.

If you're hiking alone, write down the general area of where you plan to explore and when you expect to be back and share it with someone responsible before you set out.

Is solo hiking too dangerous? Or does the media blow these stories out of proportion? Sound off on the comments!

Online sellers are asking as much as $150 for campsite reservations that normally cost $20. The Sacramento Bee reports that various Craigslist sites list dozens and dozens of campsite reservations for sale at the national park where getting a camping spot is famously difficult, Yosemite. The Bee explains: The 900 Yosemite campsites available for advance reservation cost $20 a night when booked through the park's contractor, ReserveAmerica. But park officials and some consumers report being quoted prices of $100 to $150 a night from Craigslist vendors, who sometimes offer to change the name on the reservation. What's more, campsites aren't the only thing for (re)sale at Yosemite. Permits for climbing Half Dome, which are issued by the park for free (plus a $1.50 handling charge), are also being sold for profits online. How, and why, is this possible? The answers basically come down to supply and demand: There's not enough of the former to meet the latter in terms of campsites and climbing permits at Yosemite, especially not on the most popular summer weekends. The reservation system, in which select few campers (or profiteers) can scoop up reservations up to six months in advance over the phone (877/444-6777) or at recreation.gov, also seems to be part of the problem. Too often, hopeful campers fail to get reservations on their chosen dates, leaving them with few options other than altering their travel plans or paying a premium to online scalpers. Apparently, some scalpers have figured out ways to game the system and snag campsite reservations and cancellations before the average park-goer has a chance. There are options other than dealing with scalpers, mind you. As we discussed in last summer's Trip Coach on the national parks, most parks, including Yosemite, have first-come, first served campsites, though lines for these spots can form at 6 a.m., three hours before the sales begin. The parks department prohibits the reselling of any park reservation, and parks officials say that they are trying to stop sellers from flipping reservations for profits. But the Bee story doesn't sound particularly hopeful that campsite scalping at Yosemite is going to stop anytime soon. For now, the consensus advice is this: Yosemite officials urge visitors to steer clear of resale schemers, and to check back often with ReserveAmerica for campsite cancellations&mdash;which can, and do, occur throughout the summer. Park insiders also recommend to reserve online, not by phone. MORE FROM BUDGET TRAVEL: Trip Coach: National Parks National Parks (Minus the Crowds) 30 Spectacular Images of Our Nation's Parks

The National Parks for free!

With only 43 days left until the summer officially ends, it's time to really start prioritizing these warm, sunny afternoons while they last. This weekend provides the perfect opportunity: On August 14 and 15, you can visit the Grand Canyon, Yellowstone, or the Everglades without paying a dime, when the National Parks Service waives entrances fees to 146 of its iconic sites across the country. (You can find a full list of freebie parks at the N.P.S. site.) That's a pretty good deal considering some of these spots typically charge up to $25 for admittance. You may also be able to save on food, tours, and even lodging at some parks. Certain outfitters and concessionaires are offering deals and discounts to coincide with the N.P.S.'s free weekend. In Grand Teton, for instance, you can get 25 percent off a room in three of its lodges. In Yosemite and Yellowstone, $5 coupons good for food, drinks, and tours will be handed out upon arrival. More deals are listed on parkpartners.org. If you already had plans to visit a National Park this summer, you may want to bump up your travel plans to this weekend and save a few bucks, and if a Parks jaunt was not already on your calendar, this should be the perfect excuse to add one. We would love to hear from you: What are your National Parks vacation plans for the rest of this summer? 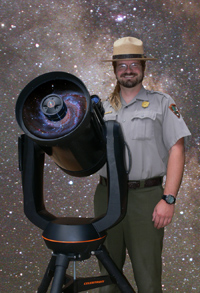 Including advice on why some loop trails should be hiked counter-clockwise, and why, even though it seems more exhausting, if you've got a choice you really should hike uphill on the steepest sections of trails. Kevin Poe is a park ranger at Bryce Canyon National Park. Known as "The Dark Ranger"&mdash;not for nefarious reasons, but because he's in charge of some of the night sky programs at Bryce, where 7,500 stars are visible on clear nights&mdash;Poe was kind enough to give me loads of insights and tips for this summer's Trip Coach on National Parks. Check out Poe's solid insider advice: Are there any easy ways to avoid crowds in the summer? KP: If you decide to visit during the busy season, the best way to avoid the crowds is to simply get out on the trails. This does not necessarily mean you have to go backpacking. While it's generally true that the best stuff is their backcountry, some parks like Bryce Canyon and Arches have the greatest scenery within day-hiking distance. Besides, even the most busy parks become increasingly backcountry-like with each mile you distance yourself from the roads. Plan your hiking so that you're on the most popular trails in the early morning or in the early evening (dinner hours). This will help you avoid the crowds. (Also: Check out 5 ways to beat the crowds at Yosemite.) What's your take on visiting parks in the off-season? KP: Visiting during the off season (usually winter) allows you to have the park to yourself, but realize that there are trade-offs, including extreme weather, needing to bring the extra clothes and gear like snowshoes or skis, fewer ranger programs being offered, and some road closures. But all things considered, off-season visits are great. For one thing, you'll get bragging rights at your next cocktail party. Yes, everybody's waited in air-conditioned vehicles for their turn to see the grizzly in the middle of a "bear-jam" at Yellowstone, but how many have snowshoed under a full moon? Any good hiking tips you care to pass along? KP: When considering a loop trail ask the rangers at the visitor center which is the best way to hike the loop: clockwise? counter-clockwise? Most of us rangers will have a preferred direction, based on scenery and difficulty, for hiking every loop trail. When you hike a loop in the same direction as everybody else (the ranger recommendation), the trail will seem a lot less crowded than if you are going against the flow. Another consideration for loop trails is the age-old debate about whether it is easier to go uphill or downhill. While everybody (especially guide book authors) has a fiercely guarded opinion on this issue, consider that medical doctors who mend injured hikers and park rangers who "carry out" injured hikers are in complete agreement: It's better to hike uphill on steep sections of trail and downhill on the more gradual slopes because lungs heal faster than ankles, knees, and heads. If you take the opposite approach because it's easier on your heart, you probably shouldn't be hiking that trail in the first place. What about footwear? Are sneakers or a good pair of sandals OK? KP: Hiking without hiking boots is like SCUBA diving without a SCUBA tank. Not smart. So if you plan on hiking, bring your hiking boots. Hiking shoes with boot-like "lug" traction are better than nothing but don't provide critical ankle support. Tennis shoes/sneakers are not hiking shoes because they lack "lug" traction! Even though hiking sandals are more comfortable than boots (I own a pair with aggressive "lug" traction that I sometimes day-hike with), realize that sandals offer zero ankle support. Seriously, bring the boots! If your boots won't fit in the suitcase, then wear them on to the airplane. Finally, what's the best easily doable hiking trail in the U.S., in your humble opinion? KP: YES it is true, just like everybody says, the Queen's Garden and Navajo Loop trail at Bryce Canyon National Park IS the best three-mile hike in the world. In spite of what my ranger friends at Yosemite National Park might tell you, their Vernal Falls Loop only rates as a close second. For more info on national parks, go to the parks homepage, nps.gov, and check out coverage from Budget Travel. We have an entire section of BudgetTravel.com devoted to the topic we hold near and dear to our hearts.

The nation's 58 national parks, those stalwart symbols of American ingenuity, will get the true celebrity treatment this weekend, when Ken Burns' latest documentary The National Parks: America's Best Idea debuts on PBS this Sunday. The 12-hour, six-part series took almost 10 years to make, features celebrity involvement from the likes of Tom Hanks and Andy Garcia, and according to the PBS website, is "a visual feast, featuring some of the most extensive, breathtaking images of the national parks system every captured on film." 'Nuff said&mdash;consider it appointment television. We've spotted several vacation packages and special deals to coincide with the premiere. Aramark, a company that runs many of the hotels and resorts in the parks, has several "America's Best Idea" packages available, with validity into 2010. For instance, stay one night at one of the three lodges in Washington State's Olympic National Park for $119, and you get the second night at another lodge for just $99 (a savings of up to 30 percent). Live on the East Coast? At Shenandoah National Park in Virgina, there's a two-night package starting at $272 that includes accommodations, a bag lunch for two, and a hiking adventure book. If you're planning a trip, also consider Expedia's new site on National Parks, a partnership with the the National Park Foundation. Get downloadable park maps and info about lodging options near each park&mdash;a helpful tool. PREVIOUSLY Expert Advice: Ken Burns and Dayton Duncan on National Parks Road Trip: National Parks, Minus the Crowds See all our National Parks coverage JOIN THE DEBATE We picked Yellowstone as one of the 8 Places Every American Should See. Do you agree?