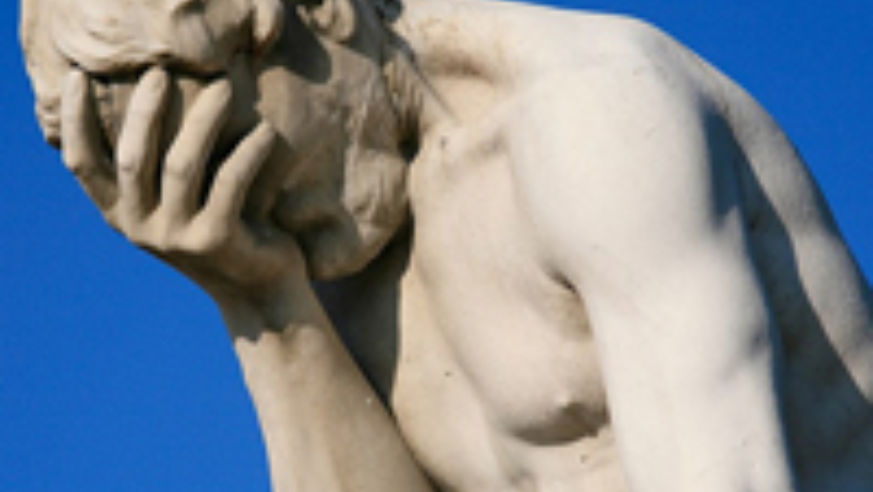 We recently asked our readers on our Facebook and Twitterpages to tell us about the worst piece of travel advice they've ever received—and the responses were overwhelming! Most ranged from misguided generalizations (never eat street food, you'll get sick!) to questionable sightseeing tips (can you really go to Paris and NOT see the Eiffel Tower?). Read on for the worst advice our readers have gotten, including our picks for the worst advice...ever!

It's true that travelers checks used to be the easiest way to have access to money abroad. But times have changed. Still, @faveplaceSsue followed that advice, brought travelers checks on her trip, and called them "a royal pain." Other readers were given poor advice about trip planning: one was encouraged to wait to the last minute to buy a cheap ticket to New York, which left him scrambling with whatever high–priced seats were left over. And @excursiopedia was told not bother learning the language of the place, since everyone speaks English!

Someone insisting @Shemkus only take a bus tour—which she adds, "leaves no room for serendipity." Reader @drnels was told not to use trains to get around the U.K., since flying would be faster. "We ignored this and loved the sights from a restful train ride." Another reader was told not to worry about the plane ride from the U.S. to Nigeria, it isn't really that long—she later described it as "22 hours of hell, with a child."

Barb Mardis was encouraged not to spend too much time in Dublin, and just travel west to see the best of Ireland. She said, "We filled up three days in Dublin—could have spent more—then headed west." Someone told reader Dotty Kurtz not to waste time visiting both Oxford and Cambridge, since they're both college cities, implying their similarities. She ignored their advice, visited both, and had a great time. Finally, reader Sophia Rigatou was encouraged by both French citizens and fellow travelers to skip the Eiffel Tower when she went to Paris, referring to it as "touristy" and nothing but "a heap of metal." She says, "I love everything Paris has to offer, but I also love the Eiffel Tower experience and the amazing views from the top. I've visited the Tower on each of my three trips, and plan to do so again in the future."

Jackie Turner, another reader, was constantly asked why she was going to Mexico, because, you know, it's not safe there. "I have traveled to the Yucatan Peninsula several times in the past three years—Cozumel, Cancun, and Playa del Carmen—and had no problems," she said.

And the winner, for all-time worst travel advice: It's a tie!

Sometimes bad advice is silly, but these two broke our hearts. Someone actually told @traveleditor, "Isn't that country represented at Epcot? Why don't you just go there instead?" Another person told @bradshawtara not to go someone where because it could be viewed on Google Street View—"same effect and it's free!" Not quite.

Think you can top these? Let us know in the comments below.

6 Foolproof Tricks for NOT Embarrassing Yourself in a Foreign Language

What Was Your Most Embarrassing Travel Moment?