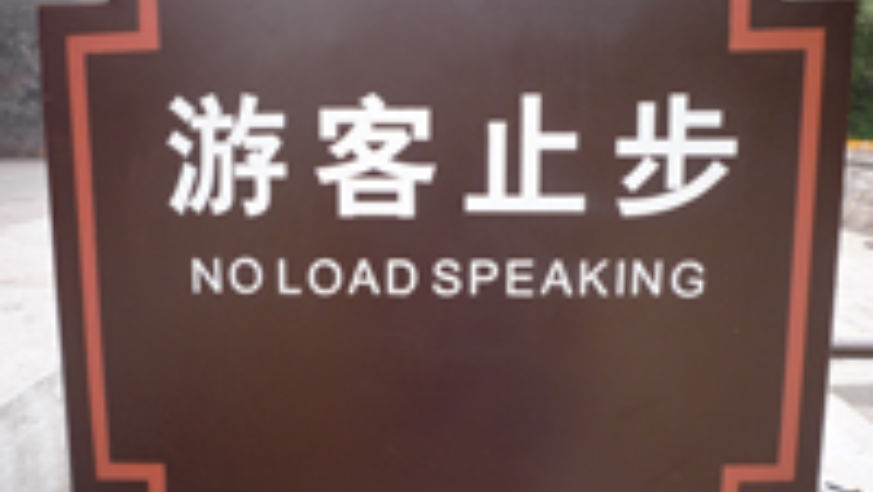 When navigating a foreign country, you have a lot to consider. Certain cultural traits, customs, body language—and the local language. We try our best not to commit cultural crimes, but it's hard! Sometimes what we think is an innocent gesture is actuallycompletely offensive, or a Tango misstep in Buenos Aires can leave you dancing solo. But there's something about a non-native speaker trying to talk with the locals, especially if slang is attempted, that really brings out the blunders—and quite a bit of laughter.

While traveling in Central and South America, I said "despacio, por favor" (slowly, please) more times than I'd like to admit while attempting conversations with locals. I was routinely (but politely) laughed at for my accent, especially in Argentina, whose accent is much different than the Central American Spanish I studied in school.

One particularly bad language snafu of mine was in Quepos, Costa Rica. I just got back to my hostel from hiking nearby Manuel Antonio National Park and I desperately needed a shower. Unfortunately, I finished my bar of soap the day before so I decided to run into town and restock. When I walked into the pharmacy, I asked the pharmacist—while mock lathering my arm, for emphasis—"¿Ud. tiene sopa?" Turns out, I asked the pharmacist if she had any soup, not soap! Needless to say, she died laughing. "No, no tengo sopa," she responded, "No, no I don't have soup." A bar of soap, for the record, is jabón.

Another language faux pas of mine was on a bus in Mendoza, Argentina. I kept on confusing cambio, which means when something changes, like the temperature, with moneda, which means coins—or what we Americans think of as change. So when I asked the driver if he had change so I could buy my bus ticket with a larger bill (I later learned there were ticket kiosks on the bus... another gaffe) he thought I was asking him if he could change me as a person. He was confused.

My colleague here at Budget Travel, Laura Michonski, frequently confused "J'ai fini," which means, "I'm done" with "Je suis finis," which means, "My life is over" while traveling in Paris. In restaurants, waiters would ask, "Are you still working on this?" and she'd respond, "No, my life is over."

Now it's your turn, what's the biggest language faux pas you've committed while traveling? Tell us below!

What is your favorite travel book?

What do you collect on your travels?