Where Are You Going for Labor Day Weekend?

It seems that a slow economy and high gas prices aren't deterring Americans from taking advantage of the last official long weekend of summer. According to AAA, 33 million people will travel at least 50 miles for a Labor Day getaway, up almost three percent over 2011.

About 85 percent of you will be taking to the roads instead of the skies, with most trips averaging between 100 and 400 miles round–trip. Though gas prices are up 14 cents a gallon compared to late August 2011, car rental prices are down about 10 percent from last year, averaging $39 a day.

The BT staff 's plans helps validate the findings: An unofficial office poll found that most of us are planning on traveling this weekend—by car. What about you? Where are you going this weekend?

8 Items You Never Pack, But Should 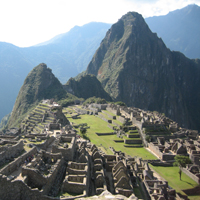 The legendary Incan city of Machu Picchu is one of the world’s most treasured destinations. And the act of just getting there has always been half the fun (or maybe half the headache) of any Peruvian trip. You would normally fly into Lima and then take a bus, a car, a train, a taxi a hike, or a horse to the ruins&mdash;adventurous, sure, but far from convenient. Not for long! Last week, Peruvian President Ollanta Humala announced plans for a new international airport near Cusco. Currently, the area is served by the Cusco city airport, which is only equipped to handle domestic daytime flights. This new $460 million project will mean that you’ll theoretically be able to hop on a flight in America and wake up mere miles from Machu Picchu. This news got me thinking. What other far&ndash;flung destinations do you wish were better served by a new international airport? The Australian Outback? Antarctica? The Amazon? Yellowstone National Park? Let us know in the comments section: If you had $460 million to spend, where would you plunk down a new airport? MORE FROM BUDGET TRAVEL Trek the Inca Trail to Machu Picchu Three Worthy Alternatives to Machu Picchu 25 Most Photographed Places on Earth 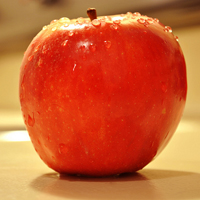 What Makes a Good Airline Snack?

Unless you're traveling internationally, most airlines will charge you for food&mdash;and the options won't necessarily be all that appealing. Not that long ago I was flying from New York to San Diego and was shocked to discover that no meal was offered on such a long flight. To make matters worse, the flight attendants had run out of snacks by the time they made their way to me (I was at the very back of the plane). I learned my lesson, of course, and now always bring a snack. What I bring depends on many factors including how much time I have to prepare beforehand (e.g. do I prepare something at home or do I buy something at the airport), how long my flight is, and what time of day I'm flying. In general, I try to steer clear of foods that are too odiferous out of respect for my fellow passengers. And I try to choose things that will stay fresh for a while. For me, that usually means pretzels, a sandwich on a baguette (baguettes are important as they're less likely to get soggy, like regular bread will) and some kind of fruit&mdash;I prefer apples. In a follow up post I'd like to put together a list of the best snacks for airline travel&mdash;and I'd like your help. What are some of the things that you think make for a good airline snack? Do you think it's worthwhile to consider your fellow passengers when packing food? Or do you think that, with all of the fees and rules, it's everyone for him or herself when it comes to eating in the air? I'm eager to hear your thoughts! MORE FROM BUDGET TRAVEL Why Airlines Should Bring Back Delicious In&ndash;Flight Meals Poll: How Would You Rate Airline Food? Should we tip flight attendants?

By now, travelers are well&ndash;acquainted with rising airline fees (US airlines raked in over $815 million from bag fees in the first quarter of 2012 alone). But are we ready for rising hotel fees, too? That's also becoming a reality, according to a recent survey from Dr. Bjorn Hansen of NYU's Preston Robert Tisch Cente for Hospitality, Tourism, and Sports Management. Hotels are expected to take in $1.95 billion from fees and surcharges this year. That's a revenue increase of $100 million from last year's final tally of $1.85 million, which was a record at the time. But the numbers may not even be the most mind&ndash;boggling part of the story. Although the study cites mostly familiar surcharges such as resort fees, internet fees, and automatic gratuities, there are some head&ndash;scratchers, too. Ever heard of a charge for checking out early? It does, in fact, exist, and it's called the "early departure fee." Maybe not as crazy as some of the charges the airline industry has come up with (carry&ndash;on luggage fees? Charging families to sit together?), but strange nonetheless. It should be noted that though the hotel industry turned to these so&ndash;called amenity fees as a revenue source before the airline industry followed suit, airlines collect more cash from their fees. Also notable is the fact that much of the increase in hotel fees is due to some hotels incorporating these charges into their pricing structure for the first time. According to the NYU report, no new hotel surcharges were introduced last year. Perhaps that means that the increases in hotel fees, a trend for over a decade now, are on their way to a plateau. Or perhaps it's just a matter of time before hotels find creative new ways to get those extra nickels and dimes, too. Have you noticed a recent rise in hotel fees and surcharges? MORE FROM BUDGET TRAVEL What's Your Biggest Hotel Pet Peeve? IKEA Will Build 100 Budget Hotels in Europe 26 Gorgeous Hotels You Won't Believe are Under $150

I love train travel. Maybe it’s just in my blood&mdash;one of my great&ndash;grandfathers worked for the Erie&ndash;Lackawanna Railroad in the early 20th century. Maybe it’s because I ride a train up and down the eastern shore of the Hudson River every working day. Or maybe it’s just because at an early age I fell hard for the lonesome whistle of a passing locomotive. Whatever the reason, riding the rails has always been my preferred way of getting from Point A to Point B. So I was heartened to read Ron Nixon’s piece in the New York Times reporting that Amtrak has staged a comeback, especially in the Northeast Corridor between New York and Washington, where it now accounts for 75 percent of travelers. Amtrak, a for&ndash;profit corporation established in 1971 and subsidized by the U.S. Department of Transportation, reports that annual nationwide ridership is at an all&ndash;time high of 30 million. Since 2000, when the company introduced its high&ndash;speed Acela trains, it has steadily grabbed Northeast market share away from airline shuttles due in part to rising airfares, heightened airport security in the wake of the 9/11 attacks, and the overall hassle of delayed flights and surface transportation to and from airports. I can personally attest to the glories of commuting on a train&mdash;in fact, much of what you read in Budget Travel has either been written or edited from a window seat on Metro North’s Hudson line. Unlike airlines, Amtrak offers the traveler power outlets, Wi&ndash;Fi on select routes, and the ability to use mobile phones throughout the trip. Ready to ride? Amtrak’s fares from New York to Washington D.C. start at $49 one way. And of course trains operate other well&ndash;traveled routes across the U.S.: A midweek overnight on the City of New Orleans will get you from Chicago to New Orleans for $117, and the Pacific Surfliner coasts from San Luis Obispo, Calif., to Los Angeles midweek for $40. Tell me about the last time you rode a train&mdash;and whether you’re ready to hop aboard again. &mdash;Robert Firpo&ndash;Cappiello MORE FROM BUDGET TRAVEL Trains Versus Planes? Survey Shows a Pull Towards Tracks 3 New Services Make It Easier to Travel With Pets&mdash;or Leave Them Home 35 Passport Stamps Worth Bragging About