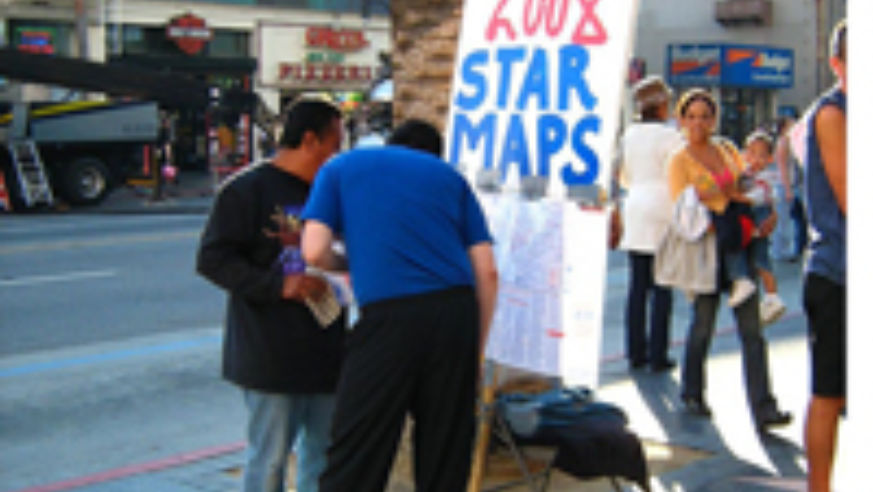 AnnieGreenSprings/Flickr
Maps of the Stars

CNN recentlyspoke totravel writer Tony Perrottet, who journeyed across Europe in search of sites so salacious, they've become the stuff of legends. Among them, the Venetian home that once belonged to Giancomo Casanova, and the Stufetta del Bibbiena, a very closely guarded washroom in the Vatican's papal quarters decorated with some decidedly secular imagery by Raphael himself.

You can get all the juicy details on Perrottet's trip in his book The Sinner's Grand Tour, which hit bookstores last month. The interview itself is a pretty fascinating read—and while I won't presume to guess what train of thought it will lead you to, I can tell you what it got me thinking about: all the varied, off-the-wall themes that can inspire and shape a trip.

Sure, you can visit a place with nothing more on the agenda than discovering it organically—some might say that's the only way to travel. But it seems that now more than ever, you can take off to anther part of the world in an effort to trace the steps or follow the trail of just about anything: the book you'll find on every Nook and Kindle (Stockholm has seen a jump in tourism since introducing Girl With the Dragon Tattoo tours, based on the wildly popular series of novels by Stieg Larsson, last year); a real-life historical figure (among those honored with their own itineraries: Nelson Mandela, Gandhi, Che Guevara, and Kate Middleton); your taste buds (one of BT's recent dream trips urges travelers to take in Paris via patisserie); or even...toilets (yes, really).

As someone who was dragged along the Da Vinci Code trail in Paris (and despite herself, managed to enjoy it), I'm curious to hear from others who have ventured into themed travel: What's the wackiest tour you've heard of, been on, or can't wait to try? Around what theme would you base a trip, and where would it take you?