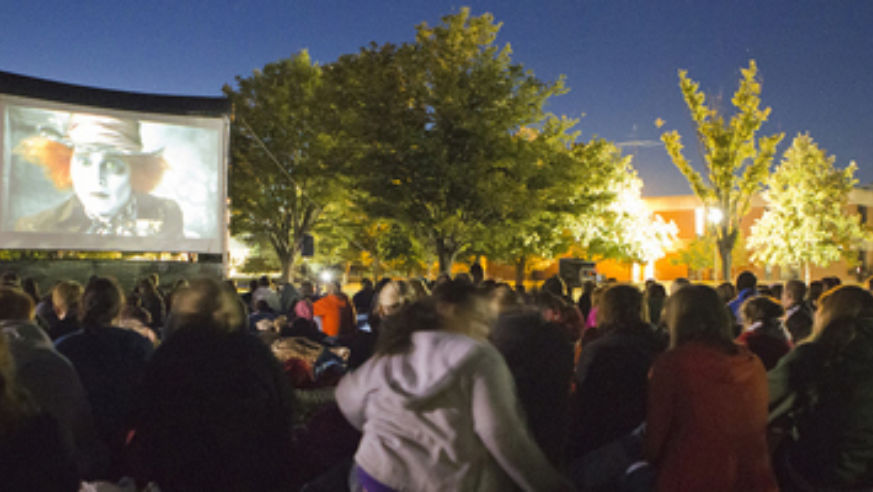 Sick of paying $13 for a movie theater ticket? Grab a picnic blanket and head to one of these free outdoor movie nights in cities around the country.

The HBO Bryant Park Summer Film Festival, in the heart of Midtown, offers a wide variety of films every Monday night at dusk thru Aug. 20th. Get there around 5 p.m. (some people say as early as 3 p.m.) to grab a good spot, and bring some food, non–alcoholic drinks, and friends to pass the time. Highlights include The Wizard of Oz on July 2nd, Rebel Without A Cause on July 20th, Errol Flynn's The Adventures of Robin Hood on Aug. 6th, and Raiders of the Lost Ark on Aug. 20th. Here's a list of other outdoor movie events happening around the city.

Several places in and around the D.C. area will host free outdoor movie nights. The NoMa Summer Movie Series every Wednesday night thru Aug. 8th is themed, "Is 2012 the End of the World?" and will screen blockbuster disaster flicks like Independence Day on July 4th, and Deep Impact on Aug. 8th. There are five other outdoor movie programs in D.C. this summer, including The U Street Movie Series, Screen on the Green at the National Mall, and movies along the Capitol Riverfront.

Put your blanket down along the Boston Harbor for Movies By Moonlight every Friday night after sunset thru Aug. 31st, featuring films like Yankee Doodle Dandy on July 6th, An American in Paris on July 13th, and summer classics like Jaws on July 27th, and Dirty Dancing on Aug. 24th.

Several free summer movie nights take place around Atlanta—click here for the full list of options at 14 locations around the city. Don't miss Grease on July 12th, Forrest Gump on July 19th, and The Notebook on Aug. 2nd during Movies in Central Park at Atlantic Station, Thursday nights thru Aug. 23rd.

Those of you in the Mile High City can choose from a number of summer movie nights. Try Bike–In Movies at Civic Center Park—which will be screening Monty Python and the Holy Grail Sunday, Aug. 12th— or check this list for movies at other parks around the city, like Pirates of the Caribbean: The Curse of the Black Pearl at Skyline Park on July 28th after dark.

Movies in the Park, part of KeyBank's Summer Free For All, presents films on different nights at several parks around the city. Hitting the big screen will be summer blockbusters like Mission Impossible: Ghost Protocol on July 20th at Irving Park, or family–friendly hits like The Goonies on July 29th at Lents Park and Toy Story 3 on Aug 12th at Argay Park.

Get to Know America's “Land of Dreams”