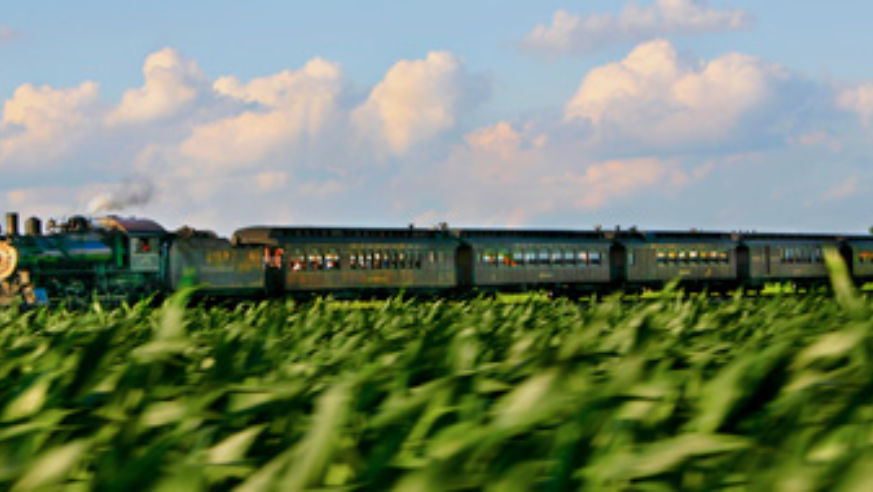 Imagine that you were able to travel from New York to London in just 54 minutes…by train. As amazing as that sounds, talented engineers are saying that it's not impossible to design a magnetically levitated train that would zip at supersonic speeds through a floating tunnel 150 to 300 feet below the Atlantic. Yes, it would require an exorbitant amount of money (up to $50 million dollars per mile), and of course there are the safety concerns (traveling at supersonic speeds of 4,000-plus mph can create a sonic boom that would wreak havoc on the structure). But according to Frank Davidson, a former MIT researcher, "A transatlantic tunnel will be done. We just have to be as interested in it as we are in getting to the Moon." (Popular Science)

Now let's get back to our current technology. Trains are getting faster and covering more distance, which we saw on Friday, Oct. 15, when Switzerland bumped out Japan for the world's longest rail tunnel. Called the Gotthard, this new 35-mile tunnel took 14 years and $10.1 billion dollars (or $1,300 for every man, woman, and child in Switzerland) to cut under the Swiss Alps. After reaching completion by the end of 2016, the Gotthard will carry passengers and freight at speeds of up to 155 mph, and slash one-and-a-half hours off travel time between Zürich and Milan.

With this recent engineering feat, and countries like China nearly doubling their high-speed electric train service by 2012, it begs the question of whether this is the future of travel? According to President Obama, it is. At the beginning of this year, he announced that the U.S. Department of Transportation will be awarding $8 billion to develop America's first nationwide program of high-speed passenger rail service. Currently there's only one true high-speed line, and that's Amtrak's Acela Express, but after making numerous stops at bottlenecked areas, the Acela averages lower speeds and is sometimes no faster than a local commuter train. But Amtrak's looking to revamp its service, and announced plans in September to add a Next-Generation High-Speed Rail line in the Northeast. This will cost a whopping $117 billion over the next 30 years, but will give passengers the option of traveling between Boston and D.C. in only three hours at 220 mph.

This all sounds great—and should help cut emissions, ease traffic, and add positions to the job market—but it's yet to be seen whether Amtrak will receive the support it needs from Congress. Plus, critics of rail travel are saying that a major overhaul of the country's railroad infrastructure is still needed before becoming serious about adding service (since some areas haven't been upgraded in nearly a century).

So what's your take: Is it about time that rail travel in America catches up with the rest of the world, or could the dollar be better spent elsewhere?

And, what are your thoughts about a transatlantic tunnel?

Check out the highest train in the world!