Illustration by Nicholas Felton
Who turned out the lights? A total solar eclipse transforms day into night&mdash;and the century's longest such moment takes place this July.

When the moon slides between the earth and the sun at just the right angle to create a total solar eclipse, astonishing things happen: "As the sun disappears, the hairs stand up on the back of my neck," says Vicki Buchwald, a dental hygienist from Crystal Lake, Ill. "I've cried and screamed. It's like looking into the eye of God." She and her husband, Greg, an electrical engineer, have traveled to see five eclipses and can't get enough. Let others chase tornadoes or the northern lights; for these fans, there is no better show, and the next one to catch is July 22 (July 21 if you're in the South Pacific).

What makes this eclipse extraordinary is that it'll create the longest stretch of darkness in the daytime that the planet will see for more than a hundred years. Even though it takes about three hours for all the phases of an eclipse to unfold, totality (when the moon entirely blocks the sun) is stunningly brief. This year, it'll last up to 6 minutes and 39 seconds. The next one to come close isn't until 2132.

Of course, being in the right place at the right time is key. As July's occurrence travels from India to the South Pacific, it will be visible along a 150-mile-wide swath. Since eclipses are lengthiest at the midpoints of their routes, the prime viewing destinations this summer will be on the coast of eastern China, a day trip from Shanghai. There, you'll see how local perceptions have also come a long way: What was once considered a bad omen is now cause for celebration.

No matter how well you plan, catching an eclipse is a game of chance—clear skies are hard to predict a week ahead, much less months in advance. Nor does it help that the event takes place during monsoon season. Uncontrollables aside, here's how to maximize the marvel:

Reach for higher ground Head to a roof or a mountain to get away from buildings and ambient light that interfere with visibility.

Wear protection It's safe to look at the sun only when it is completely obscured by the moon. Staring at a partial eclipse with the naked eye can give you retinal burns and even cause temporary or permanent blindness. Regular sunglasses won't protect you, so play it safe and wear a pair of eclipse-viewing glasses—they may look like 3-D movie specs, but they actually contain specialized filters (seymoursolar.com, shades $1.50).

Snap away Regular digital and film cameras are fine for capturing the event, as long as you place a filter on your viewfinder to shield your eyes while shooting the partial stages (rainbowsymphonystore.com, filters from $10). For best results, use manual focus, turn off the flash, and remove the filter for totality. First-time viewer? Put down the camera and just take it in.

Be at ease Since you'll be staring skyward for hours, bring along snacks and a pillow or a folding chair. Then get comfy.

Let them take you there

These outfitters are offering expert-led eclipse trips in July:

TravelQuest International has a 15-day cruise through the South Pacific with lectures by Harvard astronomy professor Owen Gingerich and former editor of Sky & Telescope magazine Rick Fienberg (800/830-1998, tq-international.com, from $6,995 without airfare).

Spears Travel hired NASA astrophysicist Fred Espenak to head a 10-day trip from Beijing to Shanghai, with stops at the Forbidden City, the Great Wall, and the cities of Suzhou and Hangzhou. On July 22, the group will be in the seaside town of Haiyan, on a hotel roof directly in the path of the eclipse (800/688-8031, spearstravel.com, from $3,695 without airfare).

Ring of Fire Expeditions called on Paul Maley, expedition coordinator for NASA's Johnson Space Center Astronomical Society, to guide a 10-day journey through China and Tibet. The itinerary includes a ride on the Xining–Lhasa train, a visit to the Wolong panda reserve, and an eclipse-viewing at a spot determined by Maley on the day of the event (281/480-1988, eclipsetours.com, from $3,789 without airfare). 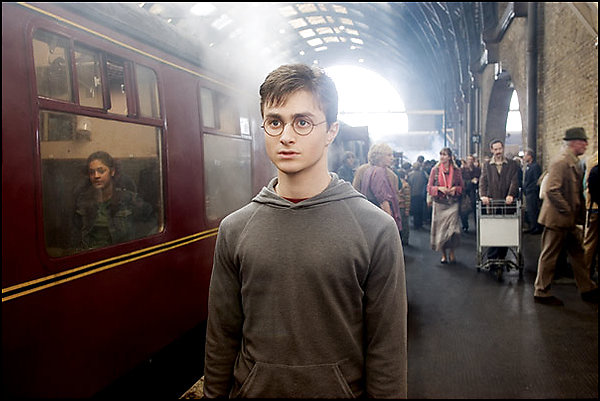 The Wizarding World of Harry Potter

Note: Author J.K. Rowling has created a world filled with unexpected magic and tongue-in-cheek humor. All the details found in this travel guide, written by Steve Vander Ark, come from Rowling's books. If you're curious, you can learn more at Vander Ark's unofficial fan site, harrypotterlexicon.

Wunderkind Wolfgang Amadeus Mozart's brief and tempestuous life has all the makings of a rock star biopic--a driven father who paraded him across Europe; an output of more than 600 pieces yielding spectacular successes and flops; a mischievous streak and bouts of profanity, drinking, illness, and poverty; and an untimely death shrouded in conspiracy theories. Stifled by his native, provincial Salzburg, Mozart settled in Vienna for his final 10 years, getting married and composing many of his finest works. He died penniless at 35 while finishing his Requiem, and lies in an unmarked grave at the city's St. Marx Cemetery. Under appreciated by many of his Viennese contemporaries, Mozart gets his due with a yearlong birthday blowout in 2006. EXHIBITIONS Mozarthaus, the composer's home from 1784 to 1787, reopened with a permanent exhibition on his birthday, January 27, 2006. The first floor apartment recreates the family's private rooms while upper floors have a multimedia installation on The Magic Flute, an analysis of the Da Ponte trio--Così Fan Tutte, Don Giovanni, and Le Nozze di Figaro--and insights into Mozart's psyche and circle of friends and patrons. "MOZART. The Enlightenment: An Experiment," on view at the Albertina, March 16 - September 20, is an eclectic show bent on depicting the Enlightenment's heady days and any parallels in the present. Its mishmash of 18th-century and contemporary works includes a giant installation by Klaus Pinter and rococo haute couture. CLASSICAL MUSIC &amp; OPERA Vienna's grand Staatsoper (State Opera) is the city's leading venue for classical music and opera, on par with La Scala in Milan and the Met in New York City. Its Mozart-packed repertory covers Le Nozze di Figaro in April, a kid-friendly "kinderopera" Bastien und Bastienne, April through June, The Abduction from the Seraglio in May, and The Magic Flute and Idomeneo in June. Vienna's Volksoper, second-fiddle to the Staatsoper, is staging The Magic Flute and the ballet Nicht nur Mozart, March - June, and La Clemenza di Tito, April - May. After a summer break, the season starts up again with Don Giovanni in September and Così Fan Tutte in December. During its heyday, the Theater an der Wien premiered blockbuster operas such as Mozart's The Magic Flute and Beethoven's Fidelio. After years of showing musicals, the Theater has reopened as an opera venue just in time for a Mozart spree. April brings the OsterKlang Wien (Sound of Easter) showcasing Mozart's The Obligation of the First Commandment--composed when he was 11--and his final three symphonies. In May and June, the Vienna Festival puts on two of Mozart's most popular operas, The Magic Flute and Così Fan Tutte, and there's a coproduction of Idomeneo with the Vienna State Opera through June. In July and August, the KlangBogen Festival features Don Giovanni and Die Flammen; American choreographer John Neumeier presents a dance piece inspired by Mozart's Requiem. The Theater concludes Mozart's birthday year with another go at his final three symphonies, performed by the Vienna Philharmonic in early December. Home to the Vienna Philharmonic, the Musikverein concert hall has an extensive, ongoing lineup of concertos, violin sonatas, and symphonies. The high points are in May: a performance of his oratorio La Betulia Liberata; Cecilia Bartoli singing a program pairing Mozart with his supposed rival, Salieri; and Zubin Mehta conducting the Prague Symphony alongside Mahler's Fifth Symphony. On the day of Mozart's death, December 5, the Philharmonic plays his Mass in C Minor. FESTIVALS &amp; MORE Marionettentheater Schloss Schonbrunn mounts both full-fledged and abbreviated "kinder" productions of Mozart's The Magic Flute with lavishly costumed marionettes, March - September. Mozart is the theme of this year's free Rathausplatz Music Film Festival, July 1 - September 3, held on the imposing City Hall's lawn. Ballets based on the composer's works, documentaries of his life, and screenings of international opera performances as well as the Oscar-winning film Amadeus are on deck. American theater and opera director Peter Sellars (not to be confused with the late British comedian Peter Sellers!) is spearheading the New Crowned Hope festival, November 14 - December 11. Sellars has called on artists from the worlds of music, opera, visual arts, and film to reinterpret themes from three masterpieces Mozart composed in his final year: The Magic Flute, La Clemenza di Tito, and Requiem. For more goings-on in Vienna and Salzburg, visit mozart2006.net. 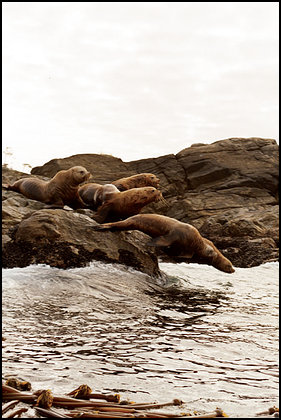 Land of the Watchmen: The Queen Charlotte Islands 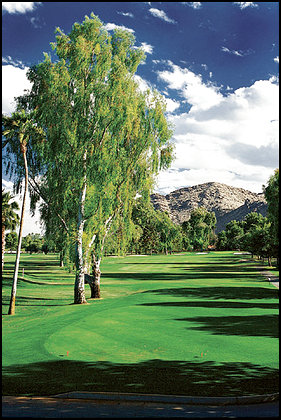 In the hope of filling up vacant tee times, golf courses around the country slash prices for last-minute reservations--sometimes you pay less than half the normal greens fees. Certain websites serve as clearinghouses, accepting discounted reservations at dozens of courses, generally only for the same or next day. Your best bet for openings is off-peak periods--most anytime except for weekends, holidays, and mid-mornings. Before booking, do your homework and inquire with the course for updated prices. Many sites that seem to offer discounts tack on service fees and actually charge more than the course itself. Teetimesamerica.com Well, the southern and western parts of America, anyway. That's where most of the hundreds of courses represented are located. For one last-minute search in the Phoenix area, dozens of offers appeared, with discounts of 10 to 60 percent off. Lastminutegolfer.com Discounts are available not only for next-day reservations, but also for the occasional tee time booked several weeks in advance, at hundreds of courses in Massachusetts, North Carolina, Florida, and 11 other states, as well as select locations in Canada. For same-day reservations, you'll have to call 800/671-0750. Click4teetimes.com There's a wide spectrum of discounts for southern California courses. We found savings in the San Diego area that ranged from a measly $6 off a $65 fee at The Vineyard at Escondido to more than half off the $95 fee at Riverwalk Golf Club.