North American airlines didn't get much love at the 2011 World Airline Awards during last week's Paris Air Show. Held at the French Air and Space Museum, the awards were decided by over 18.8 million airline passengers from 100 different nationalities, who chose winners in 38 categories, from best airline to best meals in economy class.

What do you think? Do you agree with the award winners?

Should airlines allow U.S. soldiers to board planes first?

Should the TSA's airport pat-downs be outlawed? 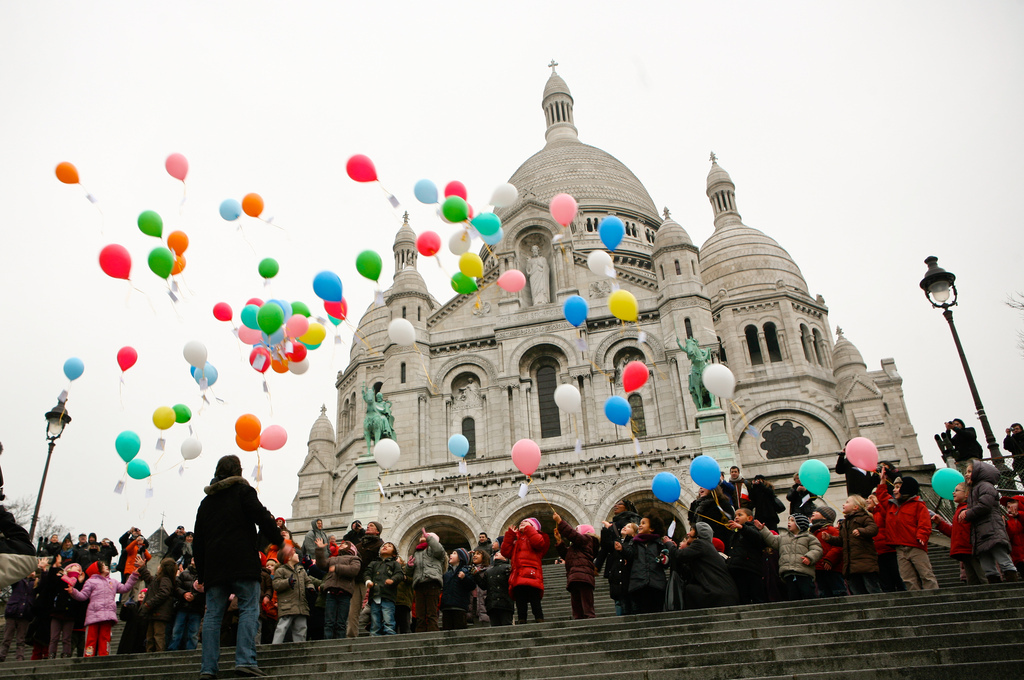 The Inspiration Behind Some of Our Favorite Reader Photos

Even though New York City is surrounded by water (Manhattan is an island, after all) New Yorkers don't seek respite from the summer heat by jumping in the nearby rivers. We lie on a pier, or go to a city pool, or nearby beaches like Fire Island, the Jersey Shore, or the Hamptons, but we don't hop in the Hudson or East Rivers because they're just&hellip;dirty. Gross. Luckily, that could all change by next summer with the (hopeful) construction of +Pool, a pool that uses and filters the dirty river water it rests in. Created by Dong-Ping Wong, Archie Lee Coates IV, and Jeffrey Franklin, the pool essentially acts like a giant strainer dropped into the river with a filtration system that is designed to remove everything from large objects, like floating trash, to microorganisms, like bacteria and viruses. +Pool is not separate from the water or pumped full of chlorine; rather, it is the river&hellip;just clean. The idea came about last year during a scorching hot NYC summer. Wong, Coates, and Franklin wanted to cool off in the water, but no one would take the plunge. So they came up with the concept to use the city's natural resource surrounding them and and provide a clean and safe way for the public to enjoy it. They refer to +Pool as a "floating pool in the river for everyone," which is why it's shaped like a + so it can accommodate four distinct types of swimmers and their pools&mdash;children, sports, lap, and lounge. And +Pool isn't limited to New York City; any city with a dirty body of water can have one. The creators have teamed up with the global engineering firm Arup to try and make this pool become reality by summer 2012. (Arup is also the firm behind the Sydney Opera House and the Centre Pompidou in Paris.) But first, they need to raise a bit more money to test the filtration materials and methods before they can start construction. Would you like to see +Pool in your local river? Tell us below. MORE FROM BUDGET TRAVEL The world's most amazing hotel pools Summer lake towns 2010 Great surf spots you've (probably) never heard of 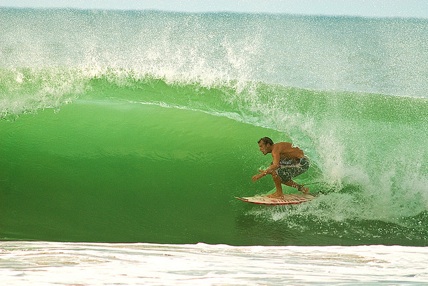 In honor of International Surfing Day on June 20, and another 'endless' summer (shaka!), we asked the Surfrider Foundation to put together a list of some lesser-known surf spots around the country that everyone from the novice to the experienced rider can enjoy. "I tried to pick spots that are legit from a surfing standpoint, but for various reasons don't get the attention that they deserve," explained Matt McClain of the Surfrider Foundation, an international non-profit organization dedicated to the protection and preservation of coastlines. McClain put together this list from West Coast to East: 1) Pine Trees, Kauai, Hawaii: Located off the sleepy surf town of Hanalei on the north shore of Kauai, Pine Trees offers an escape from the circus-like atmosphere of Oahu's North Shore. It's a fun break for intermediate and advanced surfers, while beginners can find gentler waves in front of the nearby pier. 2) Yakutat, Alaska: If you want to get away &mdash; far away &mdash; then Yakutat is the place. Don't let the towering Sitka spruce and bald eagles fool you. Yakutat is a bona fide surfing destination that has drawn some of the biggest names in professional surfing. 3) Cowell's, Santa Cruz, California: Located just inside the famous break at Steamer Lane, Cowell's is the perfect spot to learn how to surf. This break is renowned for its gentle peaks and long, rolling waves. A number of surf schools operate here. 4) Burnout, Torrance, California: Despite being one of the most photographed spots in Southern California, Burnout is still relatively unknown outside of the South Bay. A quintessential California beach break, on any given day pro surfers like Alex Gray and Holly Beck can be found pulling into the barrels at Burnout. 5) Trails, San Clemente, California: Technically part of San Onofre State Beach Park, Trails is often overshadowed by the park's other spots, Trestles and San Onofre. The surf itself is not the most amazing you'll ever ride, but the laid-back atmosphere and dog-friendly policy make it worth the trip. 6) Reef Road, West Palm Beach, Florida: With it's clear, warm water, Reef Road is about as good as Florida surfing gets. A popular spot with local surfers, the sandy bottom break can range from three- to six-footers, up to two times overhead on a storm swell. 7) The Cove, Cape May, New Jersey: If The Cove were located in California or Hawaii, it would probably be as famous as Malibu or Waikiki. The Cove is primarily a longboard spot and attracts surfers of all ages and abilities. 8) Alamo, Montauk, New York: Located out on the tip of Long Island, Montauk pulls in all kinds of waves and weather. The hearty souls that are willing to brave the wind and strong currents are rewarded with thick heaving lefts (waves that break from left to right when you're looking out from the beach). This spot is for experienced surfers only. There's also a whole host of activities taking place around the country, and around the world, over the coming days in honor of International Surfing Day. For a schedule of events and additional information about the day set aside for celebrating the sport of surfing, go here. More from Budget Travel: Legendary Surf Towns The Swellest Little Town in Costa Rica Movie Quest: Chasing an endless summer, finding a lifetime passion

Hotel bathtubs are an endangered species

Remember the hotel bathtub? The sanctuary where you could take a lingering soak after a long day, hands and feet pruning? Well, many hotel chains are replacing bathtubs with larger showers. The reason? Many travelers prefer showers, especially showers that are walk-in, glass-enclosed units with pulsing jets of water. Yet while showers may be great for many business travelers in a rush, what about vacationing families with small children? Or what about mature travelers who want to unwind during their vacation? You have to wonder. if (WIDGETBOX) WIDGETBOX.renderWidget('51615d44-5341-48e7-8df3-d63cdb61ea0d');Get the Poll Creator Pro widget and many other great free widgets at Widgetbox! Not seeing a widget? (More info) Says USA Today: Holiday Inn has gone from roughly 95 percent of its newly built hotels having tubs a decade ago to only 55 percent of new structures featuring them now. Marriott plans for 75 percent of the chain's rooms to have showers only. What about you? Would you rather have a spacious, fancy shower than a bathtub at your hotel? Please vote in our poll and feel free to speak your mind by posting a comment. Thanks. MORE FROM BUDGET TRAVEL Open secret websites for booking hotels You've stayed at bad airport hotels, now stay at a good one Why cruise ships almost never stay in port overnight