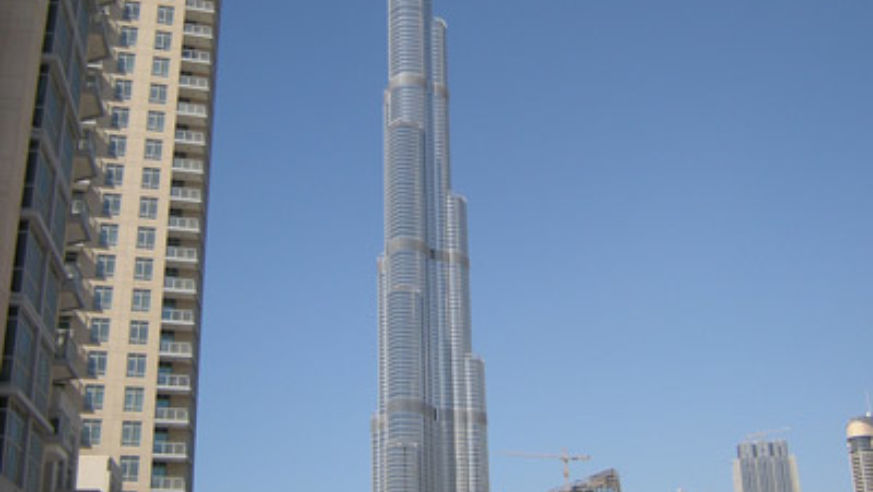 We're only four days into 2010, and there's already a new landmark in the world: The Burj Dubai, the world's tallest tower at half a mile high, officially opened today.

As we wrote in 2008, the building's height remained top secret so that no competing project could overtake it. The secret's out now: The final height is more than 2,700 feet, making the Burj Dubai more than twice as tall as New York City's Empire State Building. The tower has several other claims to fame—world's highest swimming pool (76th floor), highest observation deck (124th floor), and highest mosque (158th floor).

The tower cost $1.5 billion to build, and was renamed just this afternoon. Now called Burj Khalifa bin Zayed, the new name is in honor of Abu Dhabi's ruler, who bailed out Dubai and the United Arab Emirates in late 2009 after a financial crisis.

That sky-high observation deck opens tomorrow in the otherwise empty building, for those brave enough to take a peek.

Interested in architecture? Check out our recent story on the World's Most Beautiful Bridges.