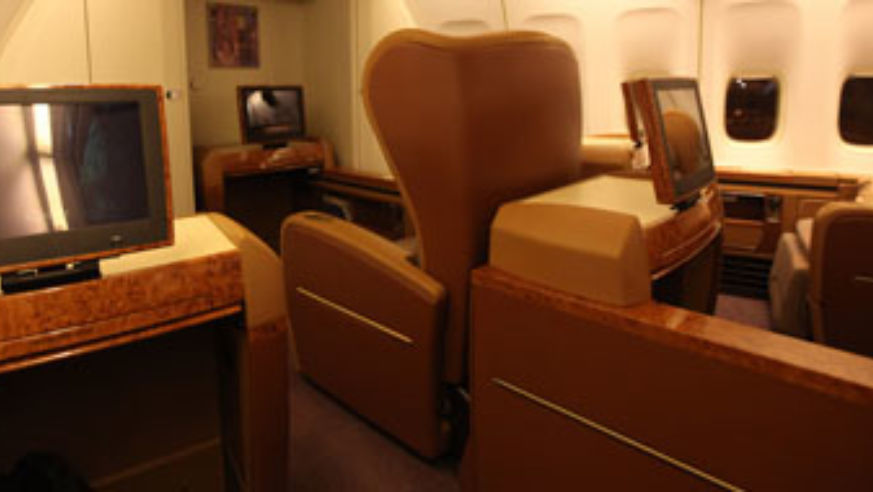 Not that long ago, we did a story on how to get a free upgrade—a worthy endeavor, for sure. But now I am wondering—what if you received an upgrade, but your travel companion did not? Would you take it? Or would you politely decline?

I used to travel with a friend who was an elite flyer. Most of the time the two of us would get upgraded together, but every so often he would be upgraded and I would not. More often than not, he would accept the offer to move to first class, while I stayed behind in coach.

I tried to be understanding—he was 6'2" and needed the extra leg room—but it was hard to feel happy for him when he would stroll back into coach, cocktail in hand, while I was still struggling to fit my luggage in the overhead bin and make myself comfortable in the middle seat in the middle row.

As with so many things in life, this situation reminds me of a hilarious Seinfeld episode where Jerry gets upgraded to first class while his friend, Elaine, suffers in coach.

To this day I do not begrudge my friend the decision to upgrade, even though it stung a little to be left behind—as I said, he was tall and I am not. But I don't know if I could upgrade and leave my travel companion behind. I would feel too guilty. Then again, if it were him I was leaving behind in coach, I might enjoy turning the tables—just once.

So what would you do? Vote in our poll or tell us below.