Would you ever book a trip to Chernobyl? 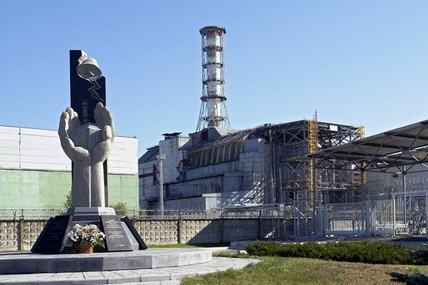 The word "Chernobyl" conjures many images. Nuclear wasteland. Radioactive deadzone. World's next top tourist spot? Until now, the last option would sound downright laughable. But the Ukrainian government is working to change all that.

That's right, Ukraine's Ministry of Emergency Situations (!!!) announced this week that the site of the world's greatest nuclear disaster will be open to official tours beginning in 2011. The backstory: in 1986, a nuclear reactor at the Chernobyl power station exploded, killing 32 workers and firefighters. Radioactive materials spread by wind across much of northern Europe, and the blast has been blamed for ongoing health problems in Ukraine, Belarus, and Russia. Before now, private tour companies ran trips to Chernobyl out of the Ukrainian capital of Kiev, but the Guardian reports that these tours are illegal and potentially dangerous.

The big question—is the new plan safe? Ukrainian officials promise that measures will be taken to ensure the medical safety of all tourists. But it must be noted that the area is far from back to normal. When the reactor was destroyed, a concrete "sarcophagus" was placed over the site, but it has been steadily deteriorating for the past 25 years. A new 20,000 ton shell is expected to be slid over the zone by the year 2015. According to a Washington Post article, the new structure will be taller than the Statue of Liberty or Paris' Notre Dame Cathedral. It will cost $1.15 billion.

If you're wondering what Western officials think of the plan, the United Nations Development Program chief Helen Clark has toured the facility and gives Chernobyl tourism her stamp of approval. She argues that the move could bring big money to the area and teach an important environmental lesson.

I guess I trust her opinion, but still, I'll pass. How about you?

The 7 Most Dangerous Travel Jobs

We hear a lot about companies trying to help you get vacation tips from friends. But a few companies are going a step further. They're trying to help you travel with acquaintances and like-minded strangers. Here are some new ones of note: Globetrooper Helps you connect with like-minded people (usually complete strangers) to plan experiences abroad. About 1,400 people, mostly Aussies, have "liked" the year-old service on Facebook so far. Vacation Relation This is for Spring Breakers only. Teaming up with StudentCity shortly, this site will let young people find out if their far-flung friends are going to be at a warm-weather destination at the same time as they are. Travel with Spirit Want to do some faith-based traveling with a fellow Christian? Post an ad in the forums of this site, which also spotlights nifty package trips and suggests destination ideas. Rent a Friend Yes, it's come to this. People in cities around the world offer their time on an hourly basis to accompany you to attractions, etc. A $20 an hour rate is common. MORE FROM BUDGET TRAVEL Scavenger hunts by cell phone are all the rage The ultimate app tool kit London: Royal wedding-themed vacations

5 great spots to ride the Polar Express and see Santa

All aboard! Wear your PJs! No matter if you're staying home or hitting the road this holiday season, chances are you'll be pretty close to a festive rail ride with a special theme based on the popular book (and movie) The Polar Express. While you may not get anywhere near the actual North Pole, passengers can expect caroling, hot chocolate, and just maybe gifts for the kids handed out by you know who. Many regional rail lines host special Polar Express departures this time of year. While several Santa trains are already sold out for the season, here are five of our favorite lines that say they still have tickets available: Grand Canyon Railway: Tickets for kids ages 2 to 15 are $19, while adults pay $29, on trains that depart Williams, Ariz., at 6:30 p.m. bound for a rendezvous with Santa and his reindeer near the Canyon's South Rim. Maine Narrow Gauge Railroad: First class seats are sold out on nearly all dates, but coach tickets are available on many Polar Express departures, which leave from Portland several times a day before and after Christmas. Infants are free, while all coach passengers ages 2 and up ride for $25. Oregon's Mount Hood Railroad: The rides out of Hood River (one of the Coolest Small Towns in the U.S.A.) include 4:30 departures most days through December 24, along with periodic mid-day rides (some leaving at 11:30 a.m.) that should be perfect for younger ones -- so long as that's not nap time. Tickets start at $18 for kids 2 to 12 and $26 for adults. Texas State Railroad: There are four departures daily on most days up until right before Christmas, and then there are couple more chances to see Santa right after he's deposited toys under trees around the world -- but apparently before he heads off on a well-needed vacation. Tickets start at $19 for kids (3 to 11) and $36.50 for adults on this ride, which takes place roughly right in between Dallas and Houston. Utah's Heber Valley Railroad: Through December 24, the North Pole Express departs Monday through Saturday daily, with tickets generally running $21 for kids (ages 3 to 12) and $32 for adults, and with elves serving hot chocolate to all in souvenir ceramic mugs. Santa awaits at the "North Pole," which is actually somewhere south of Park City -- but hey, the mountain scenery should suffice as a snowy winter wonderland. MORE FROM BUDGET TRAVEL America's Most Scenic Train Rides 15 Places Every Kid Should See The Fastest Trains on the Track: Speeding Tickets You'll Beg For Traveling with Thomas the Tank Engine

London: A 2012 arts marathon worthy of the Olympics

A play starring Cate Blanchett, a production of "Romeo and Juliet," and a peace concert hosted by Jude Law are among the hundreds of events planned for a 12-week festival celebrating the London 2012 Olympics. The Cultural Olympiad will run between June 21 and Sept. 9, 2012. Book your tickets in advance, later next year. We'll let you know when the mix of free and paid performances become available. Oscar-winning Australian actress Blanchett will star in a new adaptation of "Gross und Klein," with the Sydney Theatre Company. A staging of "Romeo and Juliet" will be set in present-day Baghdad, with Sunnis and Shias instead of Montagues and Capulets. Other highlights include the screening of a series of short new films by Mike Leigh and other acclaimed directors, and art exhibitions by artists such as David Hockney, Lucian Freud, and Olafur Eliasson. Some events will be held outside of London. Actor Jude Law, for instance, will host a Peace One Day concert in Belfast, Northern Ireland. MORE FROM BUDGET TRAVEL London theatre: Once-a-year discounts available London: 5 best December values London: Rent a bike for nearly nothing

Does a disaster movie turn you on (or off) to a destination?

Much has been made of the many cringe-inducing moments&mdash;both of the predictably horrifying, arm-sawing variety and of the more surprisingly gruesome, extreme-close-up, contact-lens-insertion sort&mdash;in Danny Boyle's trapped-hiker film 127 Hours. But where some see a surefire way to lose their appetites for movie popcorn, the state of Utah sees a built-in marketing opportunity. The Utah Office of Tourism recently launched a series of five 127-hour (or roughly five-day) itineraries throughout the state, including everything from cross-country skiing and mountain biking to bird-watching and touring historic towns&mdash;and yes, even some hiking. All of which raises the question&mdash;does this make you want to see Utah more? Certainly, the state's unique and majestic natural beauty has long drawn both adrenaline-seekers and the adventure-averse, but does associating the landscape with Aron Ralston's tragic/heroic self-rescue increase or decrease its appeal? You tell me, BT reader: Are travel-disaster movies a selling point or a turnoff?